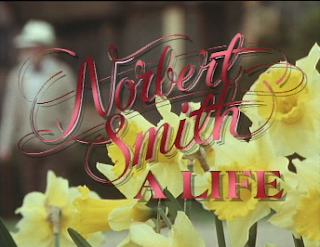 Norbert Smith: A Life is yet another comedy gem from the magnificent Harry Enfield although, quite frankly, if you were expecting anything less than fantastic then your funny bone clearly stopped functioning around the same time that a man first slipped on a banana skin.

Written by Harry Enfield and the equally legendary (yet much less publicly celebrated) Geoffrey Perkins, this one-off mockumentary was directed by Geoff Posner and produced by Hat Trick Productions for Channel 4 in 1989. Finally, after years in the wilderness, Norbert Smith: A Life is coming to DVD thanks to Simply Media.

The Legend of Norbert Smith 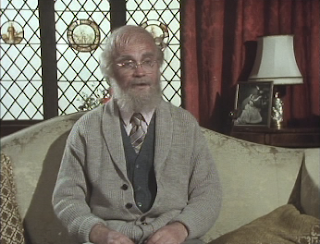 Starting the retrospective at Norbert's converted vicarage - it was originally an old country manor house, but Norbert then converted it into a vicarage - Bragg runs through the full gamut of Norbert's career up to that point. Born to a father who was a man and a mother who was a woman (sadly not all of his life is this well documented), Norbert's output is one which managed to take in almost every conceivable genre of film. 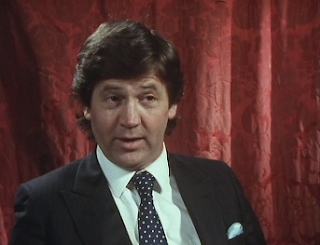 Inspired by Mr Wilkinson and his Amazing Dog act - a man who blew up dogs in the music halls - Norbert went on to appear in public information films for venereal disease, played Laurence Olivier opposite Sir John Gielgud, took on the role of Mozart (despite being 20 years older than Mozart at the time of his death) and eventually set up Norbert Studios which would produce gentle comedies such as Passport to Puddlewitch.

Norbert's later career would find him starring in kitchen sink dramas in the form of It's Grim Up North (where Norbert's character constantly threatens to take his belt to everyone, especially to whoever has nicked his belt) and screwball British comedies, most notably Carry on Banging. A true curiosity of his later career was the series of poorly received Rover films (inspired by Lassie) which starred a young Michael Caine as Rover. 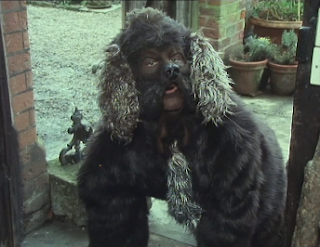 Bragg's dissection of Norbert's life takes place as Norbert potters around at home as he retrieves cold cups of tea from the bathroom cabinet to offer Bragg and destroys hedge sculptures in his grounds. Helping to shed further light on Norbert's life and times, there are innumerable insights by provided by those who know him including his wife Lady Norbert (Renee Asherson), lifelong acquaintance Sir Donald Stuffy (Moray Watson) and comedian Dick Dotty (Mike Kelly).

A Life Worth Reviewing?

If you tuned into British television at any point from the late 1980s up until the moment that Big Ben chimed in the new Millennium then you've almost certainly seen Harry Enfield in action at his peak. He bestrode British sketch comedy like no other. Well, apart from Paul Whitehouse, who was very much the Cristiano Ronaldo to Enfield's Lionel Messi. They were good mates, though, so it was all good fun rather than competing for most goals scored or most laughs generated. 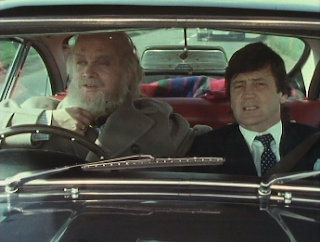 Norbert Smith: A Life, however, isn't an Enfield vehicle that immediately comes to mind. Instead, most people reminisce about Harry Enfield's Television Programme and Harry Enfield and Chums. They, of course, ran for multiple series and captured the 90s British zeitgeist with such precision that the catchphrases are still thrown around in pubs and offices all over the land. The seeds of these huge successes, though, can be found germinating within Norbert Smith.

Packed to the rafters with film parodies, Norbert Smith clearly inspired such Enfield classics as Mr Cholmondley-Warner and Mister Dead The Talking Corpse. Rather than the sketches in Norbert Smith being works in progress, though, they're fully formed comedic gems cast from moulds that clearly shattered into a million pieces afterwards. Norbert's adaptation of Hamlet (with additional dialogue from Noel Coward), for example, is riproaring stuff, but it's also blessed with a surreal touch that confounds any preconceptions of a Shakespearean parody. 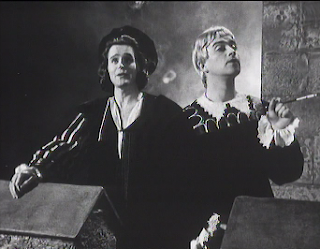 The production, too, is incredibly authentic and helps lend a level of professionalism to the parody which could so easily have been reduced to mere scratches and jumps in the footage. The attention to detail and no-expense-spared approach of the Technicolor big show tune from Lullaby to London demonstrates the amount of effort injected into the project. And, thanks to Norbert's multi-decade career, the production is able to pull this trick off countless times as each film style is lovingly scrutinised to administer the maximum level of hilarity. 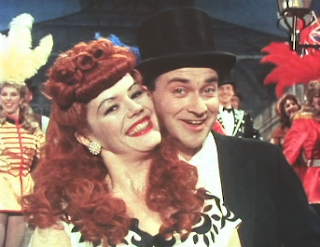 Talking of laughs, Norbert Smith is as packed full of them as a consignment of sardines in an overloaded lift in Piccadilly Circus. Norbert recalls that he only realised his drinking had got out of control when he started drinking a bottle of vodka before his morning bottle of whisky. There's the prize quip during the public information film on venereal disease which warns about the danger of "unpleasantness on the unmentionables". And there's the base comedy of the alcoholic cast list from Dogs of Death which reads: Richard Smashed, Dick Booze, Oliver Guiness and Peter O' Pissed.

I won't spoil the rest of the laughs as, honestly, there are far too many to list.

Norbert Smith: A Life may only be 50 minutes long, but there is much to admire and enjoy throughout its running time. Comprising superb writing, amazing aesthetics and a cast absolutely bursting at the seams with amazing talent (the Carry on Banging parody contains a delightful trio of guest stars), Norbert Smith stands as a prescient signpost towards everything that Enfield would go on to achieve in the 90s.

Curious British Telly readers can claim a 10% discount on the Norbert Smith: A Life DVD by using the code: CURIOUS10
Posted by Telly Viewer at 7/12/2018
Email ThisBlogThis!Share to TwitterShare to FacebookShare to Pinterest