TV Nostalgia: Why Do We Love It So Much? 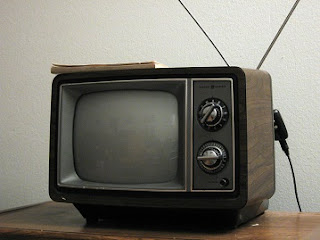 I know that, on the whole, I do a pretty good job of keeping my love of TV nostalgia under my hat, but the more astute visitors to Curious British Telly may have picked up on the fact that I'm completely obsessed with it. And well done to those masters of deduction, here, have a biscuit.

Anyway, I often wonder exactly what it is that drives my passion for all things nostalgia. I guess, at it's most base level, it's a way of escaping the present and retreating to a seemingly innocent era. However, no era of mankind's history is free from atrocities, so it's a little foolish to purely play the innocence card as everyone's perception of history is subjective - nonetheless, I still love the mid 1980s as, to me at least, it feels sprinkled with a simplistic magic I doubt I'll ever recapture...

However, there are plenty of other reasons that I actively search out the history of British TV's past. Perhaps, most importantly, I just love fantastic TV and can't get enough of it, so investigating the vast back catalogue of archive material gives me the best chance of finding TV that I adore.

Read more »
Posted by Telly Viewer at 11/20/2016 11 comments:
Email ThisBlogThis!Share to TwitterShare to FacebookShare to Pinterest 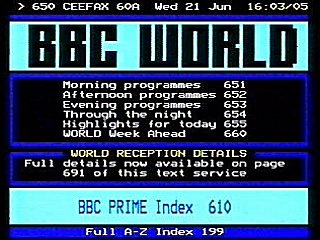 Read more »
Posted by Telly Viewer at 11/17/2016 18 comments:
Email ThisBlogThis!Share to TwitterShare to FacebookShare to Pinterest 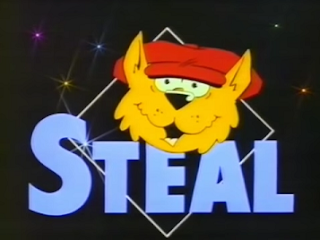 We've all committed a bit of light fingered theft, right? I know I have, but please, before you get on the phone to the rozzers, I must stress that this amounts to little more than "liberating" the complimentary biscuits from first class train carriages as I stomp through to cattle class.

I certainly don't burgle houses or endorse this heinous act in anyway whatsoever, but, believe it or not, ITV - the most miscreantic of all the channels - actively celebrated this crime in the early 1990s. Now, I know that it was an era of poll taxes and rising unemployment, but it's no excuse for inciting the sort of behaviour seen in Steal. 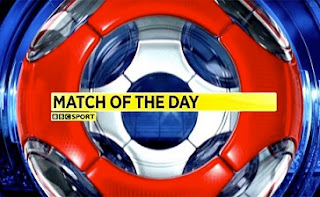 Match of the Day straddles the history of football on British TV like no other. And, you know what, we still can't stop tuning into it even though, these days, all it takes is a few clicks of a mouse to watch any live football game anywhere in the world. Also, when we're confronted by the sight of Gary Lineker in his smalls, you do wonder if there's so much money in the game that mental instability is quietly ignored. 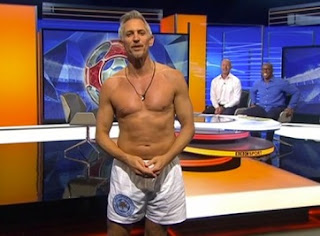 I guess its just such an integral part of British culture - much like football at Christmas - that we can overlook the sometimes curmudgeonly pundits and Gary Lineker's groan inducing lines (and pants) to enjoy what is essentially a simple highlights package. Sure, it should be called Matches of the Day, but I'm willing to overlook my pedantry here as it's become, quite rightly, a national treasure.

However, there's more to life than Match of the Day and the various other highlights shows that have come and gone over the years. What we want is a more representative look at the world of football to allow us to laugh, analyse the sport's rich history and maybe even learn how to dribble down the wing like the greats. And, besides, what are we going to watch in the off-season? Skeet Shooting with Miles Jupp?

Luckily, there's a fantastic back catalogue of shows lurking in the archive to satisfy almost every need from every demographic. Therefore, it's time to take a ganders at 21 British football TV shows which AREN'T Match of the Day.

Read more »
Posted by Telly Viewer at 11/09/2016 24 comments:
Email ThisBlogThis!Share to TwitterShare to FacebookShare to Pinterest

The world of boxing may be brutal and drenched in machismo, but there's a certain romance behind its narrative which is difficult to deny. Packed full of rags to riches charm and containing a multitude of colourful, yet highly dubious characters, it's no surprise that the public have such a fervoured interest in the stories which take place in and out of the ring.

The success of films such as Rocky and Raging Bull are proof of this demand, but, generally, these narratives have focused squarely on drama and rarely comedy. Sure, I guess you could say that Rocky V was a comedy, but that was purely unintentional. And this lack of comedy is a surprise considering that boxers are firmly committed to that cornerstone of all great comedy characters: an unshakeable sense of self belief

However, the world of pugilism colliding with comedy in a hefty uppercut isn't completely uncharted territory as British boxing discovered in Seconds Out.