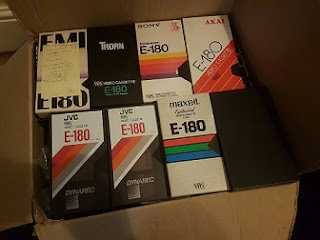 Read more »
Posted by Telly Viewer at 8/30/2017 2 comments:
Email ThisBlogThis!Share to TwitterShare to FacebookShare to Pinterest 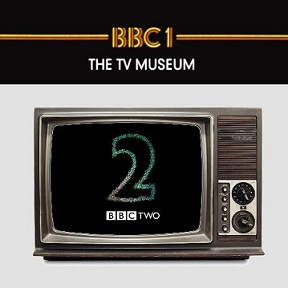 Regular visitors to Curious British Telly will know that nothing makes me happier than digging through a box of old VHS tapes in search of programmes, continuity and adverts which haven't been seen for donkey's years. However, I'm rather limited in my search as I only have the equipment to view and copy VHS. I'd love to delve through obsolete formats such as Philips N1500/1700, Video 2000 and, of course, Betamax, but I have neither the technical savvy or money to invest. However, there are plenty of people out there who are equipped to delve through these formats.

Read more »
Posted by Telly Viewer at 8/26/2017 No comments:
Email ThisBlogThis!Share to TwitterShare to FacebookShare to Pinterest

When I was about 3 I had a good gaggle of friends behind me: Jonathan Stone, Adrian Tearle and Craig Nelson. Between us, we could jump off things, go down slides and scoff Party Rings like no other - we were kind of like the pre-school edition of The Rat Pack. However, whilst my mates were certainly a slick bunch (Jonathan even had a Mr Freeze), they weren't exactly endowed with magical powers. And this was always a problem when we wanted to bring snowmen to life (Mr Freeze aside who was a cool character in his own right).

It was particularly frustrating as I knew it was possible for a young boy to have friends with amazing abilities which confounded the norm. After all, I'd seen it on television and, back then, if there was one thing that I was sure of it was that EVERYTHING on television was real and possible. And one little guy who seemed hellbent on stretching the boundaries of reality was The Little Green Man.