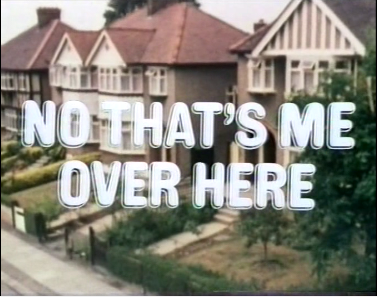 Ah! The office! What a wonderful environment to indulge in a spot of reckless backstabbing! How else are you going to climb the ladder, get the company car and then take that busty, low top wearing secretary on a "business trip" to Monte Carlo? You'd never catch this sort of behaviour going on in the Curious British Telly office, of course, but that's only because we can't afford a secretary. A much better example of this competitive and ambitious rivalry can be analysed in the guise of No - That's Me Over Here! 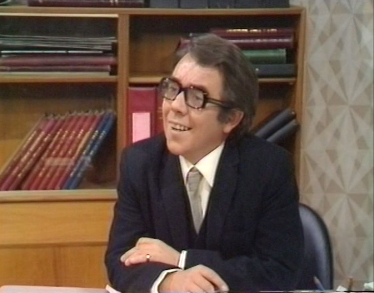 City Life & Fire Insurance Co. Ltd is home to suburban commuter Ronnie Corbett (Ronnie Corbett!) who is an aspirational chap keen on impressing the boss, Mr Robinson (Ivor Dean). Cyril (Henry McGee) works in Ronnie's department, shares the same commute to work every morning and finds himself living as Ronnie's neighbour. Frankly, he's sick of Ronnie, so does his best to come up with dastardly schemes to hoist Ronnie with his own petard and take all the glory for himself. 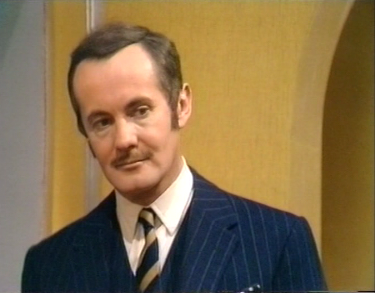 The year is 1967 and Britain's funny bone is being mercilessly tickled by a burgeoning comedy boom. David Frost, suitably impressed with the success of The Frost Report, now has his sights set on the world of sitcom.

Convening under the careful watch of his executive producer's eye are Graham Chapman, Barry Cryer and Eric Idle - all fresh from working on The Frost Report. Together they've crafted an idea involving a man with high aspirations working in an insurance office. David Frost brings in another alumni of The Frost Report in the guise of Ronnie Corbett, as the show's leading man, and Associated-Rediffusion have no option but to bite their hands off. 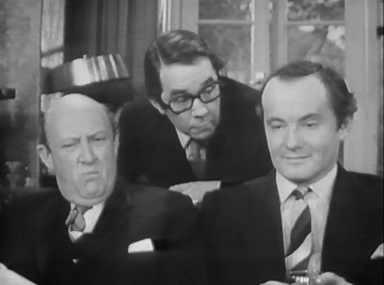 No - That's Me Over Here! notched up three series between 1967 - 1970 on ITV. The first two series were recorded in black and white and produced by ITV contractor Associated-Rediffusion. Legend has it that the first two series are consigned to the wilderness of missing episodes. However, Curious British Telly got hold of one of these episodes fairly easily, so the true archival status of the first two series is a little murky.

For the final series, which went out in colour, the series was produced by LWT, a move precipitated by David Frost setting up home there. This series finally received a DVD release in 2015.

Oh and Eric Idle buggered off after the first series. God knows whatever became of him. 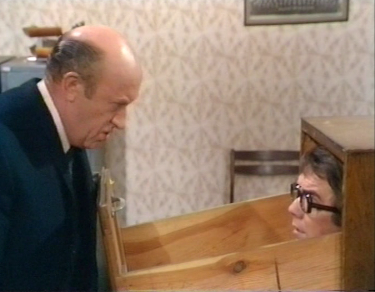 Ah, There You Are!

Curious British Telly grew up watching The Two Ronnies and Sorry, so we've always had a soft spot for Ronnie Corbett. Once we discovered there was a barely remembered sitcom featuring him with a couple of Pythons involved, we had no choice but to take a look. There were a few little snippets here and there on the net, the occasional screenshot, but not much else.

A public appeal was launched for help in tracking down some episodes and, in next to no time, someone had kindly contacted us to offer two episodes. And, good heavens, one of the episodes was in black and white! And from the 60s! A double first for Curious British Telly!

Ronnie Corbett, not surprisingly, won very few, if any, Best Actor awards, but he was an immensably likeable chap whose smile was beloved by grannies, small children and those irritating tossers in pubs who eulogise about the Four Candles sketch. In No - That's Me Over Here! you can tell he's giving it all in his first leading role and he conjures up some fine moments of physical comedy.

Our favourite performance in the series, though, is from Henry McGee who personifies the Great British Cad with moustache twiddling ease. Sadly, the rest of the actors lack any real vigour and are nothing more than stereotypical sitcom performances, but this would hardly be the first sitcom from this era to suffer from poorly written characters. 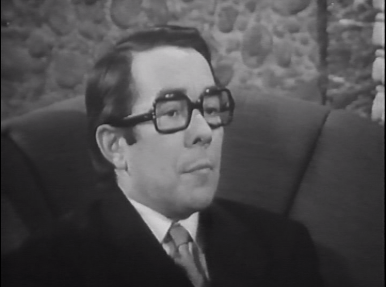 The plots, well, they're an incredible distillation of everything that was funny in the 60s and early 70s. Gents wearing bowler hats, keeping up with the Joneses in Suburbia and a hint of xenophobia.

Take the black and white episode we watched, the plot essentially boils down to this: Ronnie has invited his boss round to dinner in order to get a promotion that Cyril also wants. Ronnie's boss, of course, fought in World War 2. Ronnie's wife, therefore, just happens to have invited Jurgen round for dinner the same night. Jurgen is German. Ronnie pretends Jurgen is Swiss. Cyril pops round to meddle. It could only get more cliché if a vicar walked in, his trousers fell down and his groin had been replaced with Marty Feldman's face. Feldman was actually involved, but purely in a producers role. 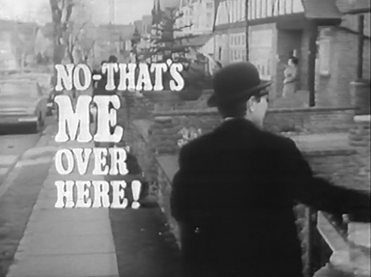 The colour episode we watched wasn't quite as predictable and there were a couple of great scenes which featured Ronnie going to extreme lengths to retrieve a letter of resignation he had been tricked into handing in. On the whole, though, the laughs were sparse and the action rather lacklustre. Matters aren't helped by poorly developed characters who have only a few interesting facets stapled onto willing actors. A bit more time spent on the characters' hopes, wants and needs rather than just skimming the surface could have made for something more rounded that viewers could invest in.

No - That's Me Over Here! was a fairly disappointing watch and, even though it managed three series, we're not surprised it's barely remembered by the British public. The content simply isn't rich enough and we couldn't engage with the show in the way that, all these years later, we still do with Til Death Us Do Part, Steptoe and Son and Dad's Army.

People look back at 60s and 70s comedy with rose tinted glasses, but for every classic sitcom there were plenty of middling, uninspiring sitcoms such as No - That's Me Over Here! We'd probably watch a few more episodes out of sheer curiousity, but we won't be travelling the globe in search of them.
Posted by Telly Viewer at 7/26/2014 No comments:
Email ThisBlogThis!Share to TwitterShare to FacebookShare to Pinterest
Newer Posts Older Posts Home
Subscribe to: Posts (Atom)