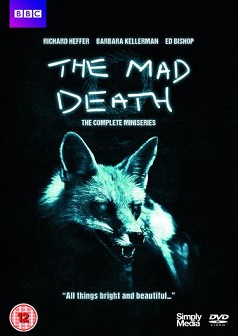 Packed full of tension, The Mad Death is a chilling, disturbing watch and, after watching it, one that ensures you'll never stroke a dog in the same way again. Not seen on British TV screens since the mid 1980s, The Mad Death is finally available on DVD for the first time through Simply Media.

First transmitted in July 1983 on BBC1, The Mad Death was a three-part drama series which examined the impact of a rabies outbreak in Britain. Based on Nigel Slater's novel of the same name, The Mad Death tapped into a contemporary fear of rabies. Despite Britain being declared rabies free since 1922, the ominous threat of the disease still hung heavy in the air due to the risk posed by animals imported from the continent. Helping to instill fear into the hearts of millions, numerous public information films were released throughout the 1970s and 80s to warn about the horrors of rabies.

The Mad Death, however, manages to trump all of these with a disturbing ease.

With an infected cat smuggled into Britain, it doesn't take long for rabies to start spreading through the British countryside. Rabies, being a zoonotic disease, eventually makes the leap to humans when Tom Siegler (Ed Bishop) foolishly takes home an infected fox he finds on the roadside. Siegler gradually succumbs to the nightmarish symptoms of rabies and, before long, he finds himself in an isolation room at the local hospital. Following Siegler's death, and the confirmation of rabies, public health officials are drafted in to action a containment plan. 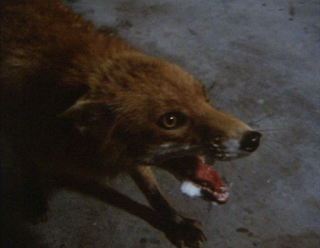 Heading the containment strategy is Michael Hilliard (Richard Heffer), but, as with all public health scares, it's an unenviable scenario to be facing. Fighting the spread of rabies requires an unpleasant and, at times, brutal methodology, so the public's emotions soon reach breaking point. For Hilliard, meanwhile, the disease also brings a personal dilemma in the form of his assistant, Dr Anne Maitland (Barbara Kellerman). With a past already established between the two, romantic tensions run high, much to chagrin of Maitland's partner, the shotgun toting Johnny Dalry (Richard Morant). 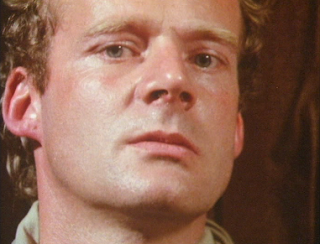 Most disturbingly, though, is the unconditional love displayed by the unhinged Miss Stonecroft (Brenda Bruce). A quintessentially British eccentric, Stonecroft shares her decaying mansion with a multitude of dogs that she holds in a much higher regard than humans. Hilliard's hardline approach to quarantining animals sends Stonecroft into an apoplectic rage and leaves her seeking justice for her canine friends. However, Stonecroft's twisted brand of justice is one that threatens not just Hilliard's interests, but also the fate of the nation.

Thanks to the huge advances in modern medicine, we've never been more comfortable in terms of our health. However, whilst our healthcare knowledge is good, it's not perfect. And, given that mother nature has several million years on our understanding of illness and disease, it's no surprise that she can outwit and confound us with a devastating impact. Rabies, of course, has remained a thorn in man's side for thousands of years, mostly down to our domestication of its most active carrier, the dog. While a post-exposure vaccine for rabies is available, if it's not administered swiftly then death is inevitable. 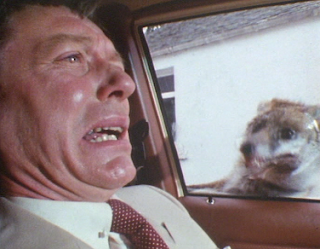 The Mad Death takes man's love of animals and sets this against his inherent fear of death and disease. It's a shrewd move and one which allows plenty of contrasting emotions to bubble to the surface and fight for air. Heartstrings are tugged with such an uncomfortable and bewildering frequency that you can't help but become deeply engrossed in the narrative. Naturally, it helps that The Mad Death has numerous subplots running alongside the fight to contain rabies.

Hilliard, portrayed by Richard Heffer and his usual swashbuckling brilliance, faces conflict on a number of fronts throughout the serial. Despite the enormity of the situation, Hilliard, much to his consternation, is frequently forced to kowtow to the modern demands of public relations. It's a frustrating and complex scenario for Hilliard to contend with, but he certainly doesn't improve matters by indulging in a spot of romantic misdemeanours. His affair with Maitland, characterised by Kellerman's fantastic emotional range, is not surprising given the closeness of their work, but the jealousy and rage it generates in Dalry threatens to derail all of Hilliard's work. 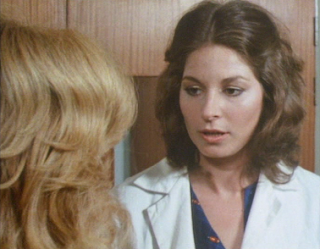 Hilliard's biggest opponent, however, is the British public's love of their animals. Blinded by an unwavering devotion to their pets, the public fail to appreciate the massive threat of infection and play fast and loose with any sense of precaution. The discord that this produces leads to Hilliard being threatened with ferrets in a pub (yes, you read that right) and facing nothing but stifling opposition as he enforces a strict quarantine programme. The most vicious opponent of this, of course, is Miss Stonecroft. 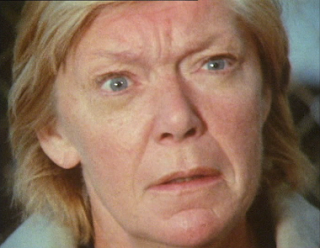 Holed up in a dark, decaying mansion overrun with cats and dogs, Miss Stonecroft is a British eccentric of epic proportions. Brenda Bruce summons up an amazing performance and inhabits the wild, unhinged eyes of Stonecroft with an unnerving realism. For Stonecroft, the lines between man and beast have been blurred beyond all recognition. It's impossible to quantify any form of love, but if you could then Stonecroft's measure of love for her animals would still be off the scale. Clearly teetering on the edge of insanity, Stonecroft is pushed into unimaginable emotional turmoil by Hilliard's quarantine regime. 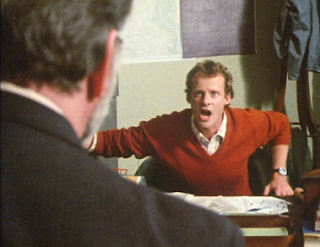 And it's Stonecroft's dark, dark response that reminds you that The Mad Death is much more than just a drama. At times it's pure horror. The thrilling, psychological horror of Stonecroft's detainment of Maitland sends highly disturbing shivers up the spine with a Hitchcockian glee. As Maitland tentatively pads around dimly lit catacombs, terrifying silhouettes of cats climb up the wall in a nod to Nosferatu. Meanwhile, the numerous cat skeletons that litter the floor make for the most horrific carpet imaginable. The Mad Death doesn't reserve the horror purely for Stonecroft, though, as it's present throughout the whole serial.

Some of the most nightmarish and unsettling moments come early on in The Mad Death and centre upon the fate of Tom Siegler. Best known to British audiences as Ed Straker from UFO, Ed Bishop brings his irresistible brand of transatlantic charisma and confidence to the role of Siegler. His wonderfully white and perfect smile, however, soon fades. Despite the fairly fleabitten puppet employed, Siegler is subjected to a hideous attack by an infected fox which is absolutely terrifying and ratchets up the tension to unbearable levels. It only becomes worse as Siegler succumbs to the symptoms of rabies in a series of hellish, hallucinogenic scenes in the hospital. 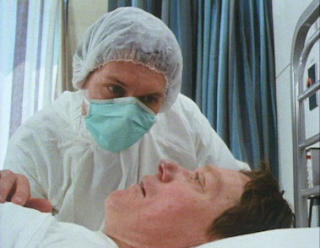 Perhaps in a nod to Dawn of the Dead, further horror is on the way in the scenes set in the East Kilbride shopping centre. While it's amusing to look back at the long defunct shops such as Saxone and John Menzies, the sight of a snarling, foaming Alsatian on the loose is less warming. As Hilliard and the police watch CCTV footage of the Alsation pursuing a family through the shopping centre, it's edge of the seat stuff. Tragedy, for the family, is avoided, but only just. There's only one real moment of gratuitous gore in The Mad Death and that comes much later, in a blink and you'll miss it shot, when a sheepdog is shot in the head at close range with a shotgun - I do not advise using the slow motion feature here.

The horror, much like the narrative, is nicely balanced and never falls foul of sensationalism. While there are dark moments throughout The Mad Death, the entertaining thrills contained within make it an intriguing watch. It's helped by a pleasing pace which is testament to the directing and writing and ensures there are few dull moments throughout the serial's three episodes. It's a scintillating watch recommended for any fan of British TV, but just make sure your dog's locked in the kitchen as you hit the play button.

The Mad Death is released on 7th May by Simply Media and Curious British Readers can claim a 10% discount by using the code CURIOUS10.
Posted by Telly Viewer at 5/05/2018
Email ThisBlogThis!Share to TwitterShare to FacebookShare to Pinterest