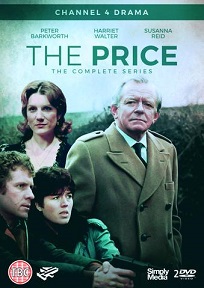 A thrilling game of cat and mouse, The Price is a drama which grasps political ideologies, romantic discord and the pursuit of happiness close to its chest. Unrelenting in its analysis of relationships and the seismic impact of wealth upon British society, 1985's The Price radiates with a vitality and thrust that many a mini-series has failed to maintain. And, as luck would have it, this gripping narrative has finally received a commercial release on DVD through Simply Media.

In an age where the microcomputer is exploding in popularity, Geoffrey Carr (Peter Barkworth) is taking advantage of this new, QWERTY shaped landscape. And it's a demand that has granted him a wealth unimaginable to the common man. A life spent chasing success and fortune, however, has left Geoffrey bereft in the old romance stakes. Determined to remedy this romantic malady, Geoffrey believes that he has found salvation in the form of the much younger Frances (Harriet Walter), a widower looking for money to support her and her daughter Clare (Susanna Reid). 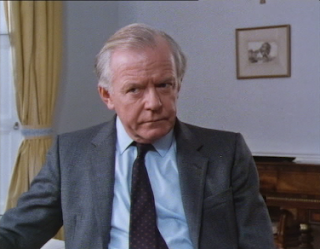 It's very much a marriage of convenience, with both parties attempting to buy into each others differing needs. The awkwardness, naturally, is already palpable. However, with finances providing very few obstacles to Geoffrey's pursuit of happiness, he embarks upon a grand scheme to purchase Frances' childhood home in the Republic of Ireland. A luxurious, Georgian mansion, Kilmaneath represents family and security for Frances. And with Andrew (Nicholas Jones), a childhood sweetheart, living nearby, Frances is more than amenable to buying into Geoffrey's forced take on happiness. 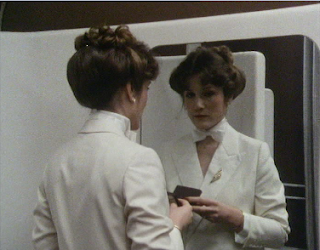 Meanwhile, at the other end of the financial and social spectrum, Frank Crossan is an IRA hitman with an axe to grind not just against the British, but also his superiors in Derry. Having fallen out of favour, Frank has a plan to raise his stock within the fight for Irish republicanism. It's an ambitious scheme that involves kidnapping a wealthy member of British society and then extorting a significant ransom to bankroll an arms deal. And, after scouring the society magazines, Frank settles upon Frances. Frank, of course, is not on his own and is aided by the hard line IRA advocate Kate (Aingeal Grehan). 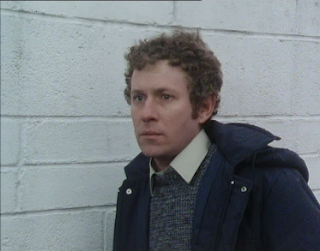 And Frank gets his woman, or should I say women. Launching a ruthless and brutal ambush, Frank and Kate kidnap Frances and Clare at gunpoint before bundling them into a van and racing to a remote Irish cottage.

Presented with a ransom fee of £3 million, Geoffrey, for the first time in his life, finds himself swallowed up by the crashing waves of helplessness. Taking the advice of his insurance team - who look after his kidnap policy - over the Garda, Geoffrey desperately tries to raise funds to secure Frances and Clare's release. Mindful of losing his business empire, though, Geoffrey begins to contemplate a grand plan that he prays will satisfy all his interests.

Based upon Peter Ransley's 1984 novel of the same name, The Price is an intriguing melange of elements that produce an engaging and stylish commentary on the human condition. The kidnap, while central to The Price, acts merely as a starting point to examine the main characters swilling around the narrative. It's a keen literary device employed by Ransley and one which allows the story to drill deep down into the character's mindsets. 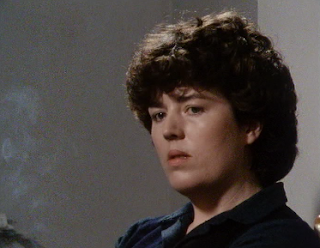 Marrying for all the wrong reasons, there's an air of malaise hanging over Geoffrey and Frances' marriage. And it constantly feels as though they're fighting for an emotion that has failed to spark since day one. Geoffrey, at the very least, dreams of romance, but even then he's grasping wildly at a superficial ideal; for Geoffrey, his one true love will always be business. Frances is much more realistic in what she expects from her marriage to Geoffrey: money. Sure, it's a mercenary approach to obtaining security, but Geoffrey is well aware of her intentions. The Price cleverly subverts this greed, though, by using it to alter Frances' life beyond all belief. 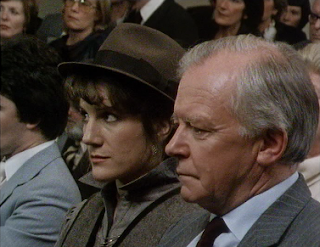 Geoffrey's love for his achievements, too, is given centre stage and provides one of the series' most curious plot strands. A man of great self belief and determination, the idea of losing his business constantly nags at him and, ultimately, provides an insurmountable anathema. Although clearly distraught by the kidnap, Geoffrey eventually regains control of his business mind and, with an almost rampant fervour, formulates complex solutions to keep everything. A nifty comment on the trappings of vast finance and power, it also taps into that sense of emotional detachment which blights his relationship with Frances. 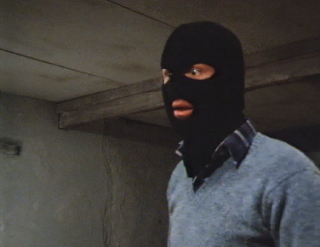 Frank, of course, is just as proud a man as Geoffrey, but exhibits this in a set of clothes that cost significantly less than a pair of Geoffrey's socks. The Price finds Frank as a man scorned by the upper echelons of the republicanism and determined to show, and even outdo, them. If pride takes up a substantial amount of Frank's motivation then his passion for women is attempting to wrestle it back. Frank understands Kate's devotion towards him - and there are hints at a more physical past - but he's keen to use this to keep her onside as a useful ally. His present intentions, though, are much more focussed on Frances. And not just as a hostage. 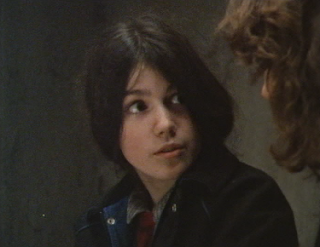 Playing the main victim, both physically and emotionally, is Frances. Scratch beneath the surface, though, and you'll find that she's got a penchant for hoisting herself by her own petard. Her desire for security manifests itself in the most greedy and materialistic ways, so it's no surprise that she's trapped in such a disjointed marriage. Clearly, she's always wanted someone else, even in her first marriage, but love doesn't pay quite enough for Frances. Familial love, however, is present in her relationship with Clare. Imprisoned together in a dinghy cellar, Frances' maternal instincts go into overdrive as she tends to Clare's crippling asthma, tackles jigsaws with her and edges disturbingly close to Frank to improve their chances of escape.

These complex narratives and objectives all mesh together with an ease that ensures the serial maintains an energy at odds with its claustrophobic atmosphere. The initial impact of the kidnap could easily trickle out of power, but Ransley's story is so multifaceted that the episodes propel the series with a pleasing vigour. Even the final episode, which resolves the kidnap halfway through, still has plenty to examine regarding Frances' and Geoffrey's uncertain future. 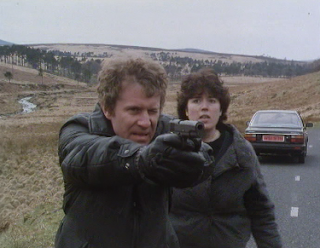 One of the driving forces behind the programme's success is the level of acting on offer. Peter Barkworth is an understated joy throughout and demonstrates a depth of emotion which puts Geoffrey on the rack for all the audience to see. Derek Thompson - forever Charlie from Casualty - is a brutal character at times, but there's a twinkle in his eyes and a charm which transcends his barbarism and sums up why he's irresistible to women.

Calculating, yet fragile, Frances is a complex character, but Harriet Walker takes this challenge in her stride and embodies the character's emotional turmoil with ease. While Aingeal Grehan is slightly less well drawn than the other characters, her ability to spit and spark with the ferocity of a rottweiller is admirable and underlines her character's devotion to her political ideals. Susanna Reid - years before her presenting career flourished - has little to do as Clare, mostly acting as a satellite of Frances' angst and, accordingly, her impact upon the production is limited.

At times The Price can be a brutal watch, but this should come as no surprise given the level of violence and bloodshed that soaked The Troubles. What's so appealing about The Price, however, is its unrelenting desire to be a story about people and their motivations to achieve something in life. In that respect it's a truly universal narrative. And, with a script that somehow endears a central cast that are all monstrous in their own ways, it presents an intense yet enjoyable experience that shouldn't be missed.

The Price is now available from Simply Media and Curious British Telly readers are entitled to a 10% discount by using the code CURIOUS10
Posted by Telly Viewer at 4/21/2018
Email ThisBlogThis!Share to TwitterShare to FacebookShare to Pinterest