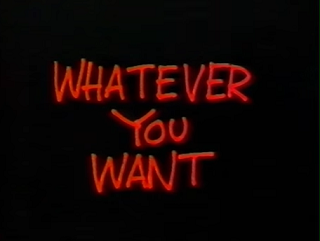 Whatever You Want is thrilling, agitated, rock and roll, hilarious and out to prove a point. It's the kind of television that the British youth had been waiting for in 1982, a soapbox for them to investigate and discuss the issues affecting a Britain gripped by unemployment figures tipping over the three million mark. With an acerbic brand of journalism forming the show's background, it's presented by the unpredictable, forthright stylings of Keith Allen. Whatever You Want is also a disjointed melange of viewpoints, moods and styles.

Whatever You Want is a youth magazine show fronted by Keith Allen which looks to engage with the ideals of the early 1980s British youth. Presented from Brixton's ACE music venue, Whatever You Want investigates a number of pressing, contemporary issues such as teenage prostitution, the escapist route of sport, trade unions, apartheid and the army. Allen takes the helm for the majority of these features which include dramatisations - the teenage prostitution one features a young Gwyneth Strong - poetry and discussions, but young viewers are also tasked with creating films based on the subjects being explored. 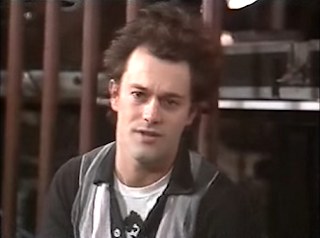 Seeing as its based at the ACE, Whatever You Want is the perfect platform to showcase live music as well. And that's why we're treated to the myriad sounds making up the music scene at the start of the 1980s, so bands appearing include The Dead Kennedys (Allen stagedives during one of their songs), Orange Juice, The Redskins, Killing Joke and The Thompson Twins. Finalizing the magazine show feel, there are also a number of cartoons and sketches sprinkled throughout, most notably 'The Bullshitters' which is Peter Richardson and Allen's spoof of The Professionals that, eventually, became a one off special - The Bullshitters: Roll Out The Gunbarrel.

21 editions of Whatever You Want aired on Monday evenings in the 10pm slot with episodes running to an hour long. The final five episodes of the series were retitled Whatever You Didn't Get and featured live music performances from the ABC and interviews with the bands who had appeared in the series - the opening titles were markedly different and Allen was nowhere to be seen. RPM Productions produced the series for Channel 4 with Madeleine French and Don Coutts acting as producers. 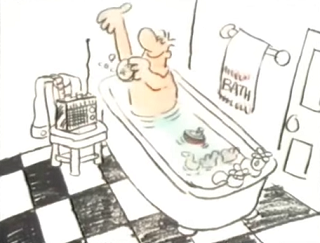 Whilst Whatever You Want was an early vehicle for Keith Allen, it also provided a stepping stone for a pair of gophers in the form of Jonathan Ross and Michael Caton-Jones who certainly went on to earn a few quid in the entertainment world. Unfortunately, for Allen, his bristling dedication to the cause saw him falling out with Channel 4 over the channel's determination to pull a particularly sensitive subject. Allen recalls, in his autobiography Grow Up, that it was at this point that he put a letter in the post to Channel 4 telling them that he resigned and, the same day, received a letter telling him that he was sacked.

Is it Whatever You Want?

I've got a real obsession with the early days of Channel 4 and seeing as Whatever You Want aired within the channel's first week of broadcasting, it was ripe for my curious eyes. More importantly, I was intrigued by the content which promised to serve up a social and cultural time capsule from a time when I was literally a babe in arms. Seeing as babies have absolutely no respect for concepts such as night and day, there's a small chance that I watched Whatever You Want as my poor, sleep deprived mother stayed up all hours rocking me, but I can't remember.

Anyway, Keith Allen is on fine, fine form throughout. There's an engaging nature to his probing, investigative nature throughout the series and, although he tends to remain impartial, his natural tendency is to side with the oppressed - he happily dispenses details of a demonstration to support the oppressed 'residents' of Arlington House at the end of one episode. And his opening intros are a barrel of irreverent laughs too as he takes on the role of a surreal in-vision continuity announcer discussing spoof schedules and introducing that week's Whatever You Want - on one occasion he does this completely nude, but with one leg tastefully crossing the other. 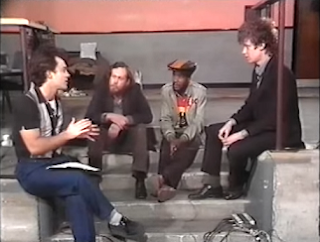 And doesn't he look like Lily Allen here? I had to keep doing double takes as those piercing, meaningful eyes are truly a genetic marvel that they both share. Lily wasn't born until a few years later, but you can see the seeds of her activist leanings running through her father's veins in Whatever You Want.

The themes invest a heavy interest into the issues affecting the British youth at the time and, back in 1982, this provided a rare outlet for such an honest appraisal. Today, of course, there are countless, countless outlets for the youth to talk about the issues affecting them thanks to platforms such as YouTube, Twitter etc. However, this modern freedom - whilst capable of developing essential gems - doesn't half allow an awful lot of codswallop online (see Zoella) and dilutes the importance of that all important youth voice. 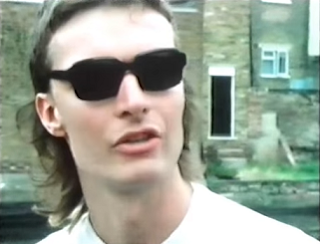 In particular, the bleak employment prospects on offer for the under 25s is laid bare as an appalling landscape. Teenagers in Hartlepool are seen dreaming of breaking into the world of professional boxing as their local backdrop consists of nothing but gnarled, dying industries. Young women, unable to make ends meet, are forced into prostitution and its all too common side effect of drug dependency to get through another night at Kings Cross. It's a disturbing present awaiting these young minds, but their potential future looks no better as the rigours of trade union disputes also show how economic hardship gets no easier as you get older.

Moving away from the weekly themes, the live performances are a welcome outlet for the exciting music scene and demonstrate Channel 4's dedication to music, The Tube launched just a few days before Whatever You Want and promised a more energetic and cerebral alternative to the BBC's efforts. And the comedy is clearly enshrined in the alternative comedy scene with The Bullshitters being the best example. Pleasing, though, that the music and comedy are, they're ingredients which don't mix so well with the main issues being explored. 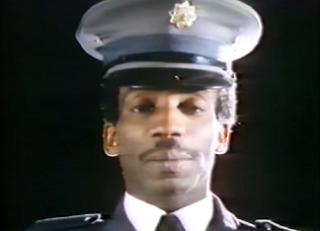 All three components fail to ever truly segue into each other and, as a result, there's a jarring feel as you shift swiftly from a rather harrowing discussion of teenage prostitution into a Bullshitters sketch. For me, it just felt a little disrespectful when, perhaps, Whatever You Want could have flexed its comedy muscle in a more caustic and righteous manner. That's probably the most extreme example featured in the series, but there's an underlying feeling throughout that there are three separate shows unfolding. One section does find Chris Dead - singer from The Redskins - performing with his band and then heading off to talk to a miner in Barnsley about unions, so I think more of these seamless transitions could have bolstered Whatever You Want's message.

Nonetheless, there's plenty on offer within Whatever You Want to titillate the British youth and the opportunities opened by the series for journalistic spins in front of the camera are admirable. It's a series which is indicative of how those early, alternative days of Channel 4 promised so much, but have now descended into disposable, vapid fodder such as The Undateables. The youth seem less politicised these days, but the rise in young voters at the 2017 general election suggest that, maybe, a show such as Whatever You Want could work in a British climate full of uncertainty. And Lily Allen on presenting duties? Hmmm, I may just get on the phone to Channel 4...
Posted by Telly Viewer at 1/05/2018
Email ThisBlogThis!Share to TwitterShare to FacebookShare to Pinterest