The Trials of Oz 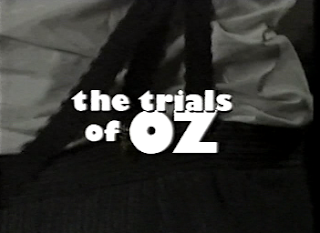 What you consider obscene is a highly subjective matter. Personally, I have no qualms about public nudity, but I know countless souls whose jaws would tunnel deep into the ground if they saw me strutting down the high street wearing nothing but my wristwatch.

And, you know, apart from that one time, I tend not to stroll round the town centre with my undercarriage and nipples on display, so please don't hang round where I live expecting that horrorshow. You need to book well in advance.

Anyway, obscenity is such a personal opinion that it can really irk certain quarters of society. Anything that challenges their morals can be seen as a real affront to their way of life and the imagined bonds which hold it together.

Thankfully, in this day and age, so many taboos have been broken, so many boundaries crossed that - Daily Mail readers aside - there's little that causes such apoplectic outrage that even The Establishment fear it will rip the moral fabric of society to shreds.

Rewind a few year though, back to the early 70s, and the concerns of The Establishment towards the subversive underground press were heightened to the point that we got The Trials of Oz.

Based on the events of Britain's longest ever obscenity trial (clocking up 27 days in 1971), The Trials of Oz follows the judicial fortunes of Oz magazine editors Richard Neville (Hugh Grant), Jim Anderson (Peter O'Brien) and Felix Dennis (Kevin Allen) as they face the following charges: 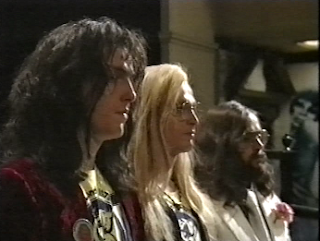 Overseeing the court proceedings is Judge Michael Argyle (Leslie Phillips), whilst leading the prosecution is Brian Leary (Nigel Hawthorne) and defending Anderson and Dennis is John Mortimer (Simon Callow). Confident in his own beliefs and sense of righteousness, Neville dispenses with the need for legal professionalism and defends himself. 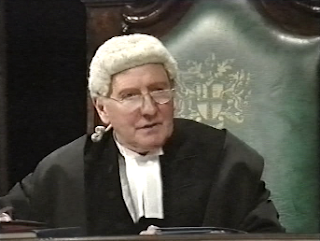 A number of celebrity witnesses are called to the stand to provide insights into the subtext behind Oz's seemingly shocking content and these include John Peel (Nigel Planer), George Melly (Alfred Molina) and Marty Feldman (Lee Cornes), but will this be enough to get the Oz editors off the hook?

The Trials of Oz was a 90 minute play which aired on BBC2 on 9th November 1991 as part of a 20 year retrospective on the original trial. Scripted by Geoffrey Robertson (a member of the original defence team), The Trials of Oz prides itself on the accuracy of its scripts and claims that 'All dialogue guaranteed verbatim', coming, as it does, from the original court transcripts.

The play was followed by a 50 minute panel discussion - Oz: 20 Years On - hosted by Jonathan Dimbleby and which featured the trio of Oz editors debating the trial's legacy with guests which included alongside Geoffrey Robertson, Germaine Greer and Ivan Lawrence. It was most notable, perhaps, for Germaine Greer getting Dimbleby to utter the word "cunt". 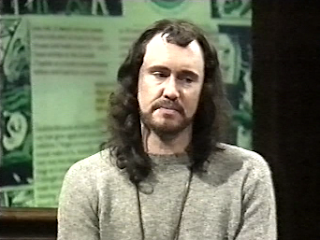 The Trials of Oz was never repeated, but a crude copy has found it's way (bizarrely) onto Chinese video streaming site YouKu. Thankfully, I was donated a higher quality copy (along with Oz: 20 Years On) by a charitable fan of Curious British Telly, so I could, at least, furnish you with some nice viddy snaps!

Always a firm advocate of free speech, I was intrigued by the possibilities that The Trials of Oz would hurl my way in the name of moral expression. And there was the added bonus of a young Hugh Grant strutting his stuff on TV a few years before his floppy fringe would come to dominate the headlines.

Let's start with Hugh Grant as Richard Neville. Well, what can I say, it's a phenomenal performance from Grant, all articulate bohemian charm and more handsome than ever here. Imagine Marc Bolan's long lost Australian cousin and, yep, you're starting to get close to Grant's magnificent pouting charisma in The Trials of Oz. 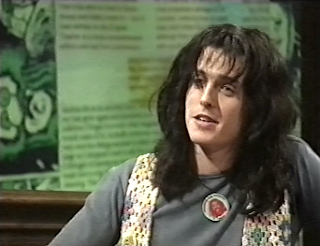 Peter O'Brien, who looks supernaturally similar to James Anderson, also delivers a brand of intelligent acting which hints at Anderson's intellectual smarts bubbling away beneath his subversive visions. And Kevin Allen brings his trademark steely attitude to the production with a nice line of fearsome wrath lurking behind his bushy beard. 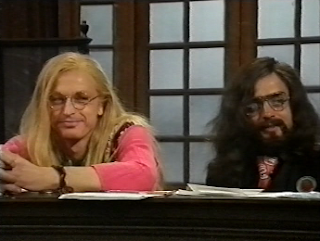 Of the legal beagles populating the court, it's perhaps Simon Callow as John Mortimer who's most interesting and not just because of this proto Four Weddings and a Funeral pairing with Hugh Grant. Inhabiting Mortimer, as if separated at birth, Callow captures the incredulous air surrounding the charges with aplomb and routinely juts out his jaw and rolls his eye at the prosecution's attacks on Oz. 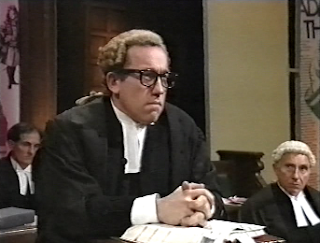 Talking of which, Leslie Phillips and Nigel Hawthorne are fantastic as the villains of the piece. Portraying their distaste with a number of withering verbal attacks and sneering looks towards the Oz editors, Phillips and Hawthorne both sum up Argyle and Leary's fear that the moral foundations of Britain are being sledgehammered into history. 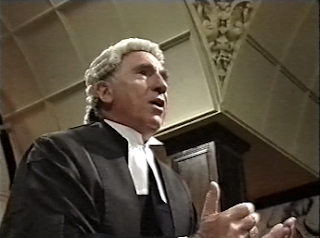 Alongside the main players in the courtroom, we also have the fleeting, yet memorable turns from the celebrity witnesses.

Nigel Planer, in particular, summons up a manifestation of John Peel with such startling accuracy that he reaches Michael Sheen levels of imitation. Bringing a slick, confident take on the already dapper and eloquent George Melly is the Hollywood savvy of Alfred Molina. And Lee Cornes comes up with the comedic goods, yet again, with his irreverent turn as Marty Feldman where, once more, the physical similarity is uncanny. 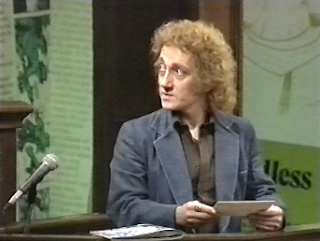 But what of the world that all these characters inhabit as the legal system considers their plight?

Well, a very short scene in Wandsworth prison aside, the action takes place in a courtroom. However, this is no ordinary courtroom - the public viewing gallery is filled not with real people, but cardboard cutouts and the walls are adorned with oversized pages from Oz. These stylistic flourishes may seem frivolous, but they're actually clever comments on the trial. 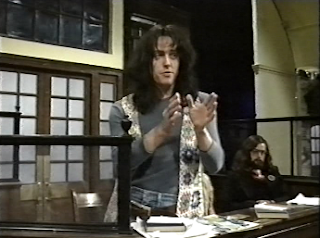 The cardboard cutouts represent the distrust The Establishment have for the general public's flimsy opinion, the only three dimensional and moral judges worthy of passing judgement must be those in a position of power such as Argyle. Meanwhile, the oversized pages of Oz indicate the overblown hype that is, quite literally, surrounding the trial.

And this takes us nicely onto the main narrative within The Trials of Oz.

It's remarkable that such verbally dexterous and riveting debate unfolded in a stuffy courtroom, but, being taken from the original court transcripts, The Trials of Oz's scripts are as honest and hard hitting as an issue of Oz. Sure, over the course of 27 days, the action no doubt sagged, but this is TV, so we're just getting the juicy drama. 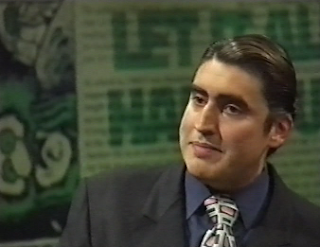 Okay, even though the charges are clearly trumped up here to demonise the Oz editors, they still fail to come remotely close to shocking our 21st century sensibilities. However, as a snapshot of society in the early 1970s, it's fascinating. The prosecution's desire for a heavy dose of censorship and sanitisation of any 'undesirables' highlights their fear that Britain is evolving into something new and exciting.

It's this clashing of outlooks which also provides plenty of laugh out loud moments. Argyle and Leary are simply to bloody minded to accept anything which diverts from the 'admirable' moral values they've inherited from the Victorians, so, as they're brought down to earth with a bump by the defence, you can't help but crack a wry smile.

And, despite Neville, Anderson and Dennis being shorn of their lustrous locks, their Samson like strength refuses to be diminished and freedom of speech prevails.

The Trials of Oz is an amazing insight into the ever shifting landscape of public opinion, so helps to address some timeless questions on an individuals right to be subversive in order to analyse society. Coupled with some fantastic performances, The Trials of Oz acts as fine example of not just British TV, but the curious workings behind its society.
Posted by Telly Viewer at 9/01/2016
Email ThisBlogThis!Share to TwitterShare to FacebookShare to Pinterest