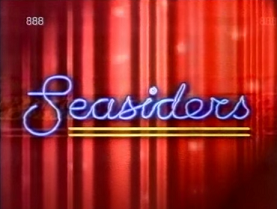 Hello-aaa! And welcome to the Seasiders…

Firstly, I want to thank Curious British Telly for having me back, especially after my confessed admiration for the career of Andy Crane! As well as having a huge fondness for Children’s BBC, I also love delving into the nostalgic history of British holiday camps.

Recently I was at one… and spent a great deal of my week there taking photos of original windows and paintwork (yes, really) and entertaining my family by informing them of what competitions they could have entered, had they been at Pwllheli in 1975 (who’s up for a ‘Hairy Chest Competition’?) 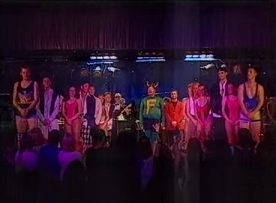 Anyway, it is with this enthusiasm that I take you back to 1996 for a largely forgotten ‘fly on the wall’ series called Seasiders. Before the late 1990’s craze for docusoaps had really taken off, the six part programme, which aired on Channel 4, followed a year in the life of Haven Holiday’s Primrose Valley in Yorkshire.

Episode 1 sees the action start not at the holiday park, but in a hotel, where Pop Idol style auditions are being held. We observe a mixed jumble of applicants (in terms of talent) aiming to achieve a ‘Havenmate’ role. It’s pretty obvious these folk have different ideas of what would make a good holiday entertainer as we see everything from a jovial gentleman in a shirt and jazzy tie performing ‘La Bamba’ to a motherly (ok, old) lady reading the poem ‘The Lion and Albert’. That’s showbiz! 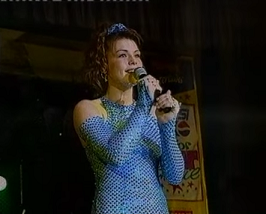 Auditions over, we get our first glimpse of our Primrose Valley staff. ‘Club Manager Dave’ doles out an amusing pep talk to his bar staff complete with talking about the fictitious ‘John the Welder’ (drinks 15 pints and staggers quietly back to his caravan) and ‘Little Spotty Johnny’ a young chap who has “sniffed the bar towel and thinks he’s doing the remake of Commando”. No doubt Dave uses this talk year after year and it’s amusing enough to have stuck in my head!

The successful Havenmates are nice enough (no sign of that man who sang ‘La Bamba’, sadly). They are a mix of youngsters who are hoping that fame lies just around the corner and those who just want to live in caravan for a few months. Notable amongst them is the youngest of the team, an 18 year old called Andy who we follow from his nervous first audition, performing magic with his Paul Daniels' Magic Set through to dressing up in 30c heat in a furry tiger suit to entertain a sweaty crowd of 7 year olds. 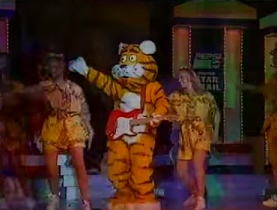 Unfortunately the endless nightly dancing to ‘Agadoo’ and the hordes of teenage girl admirers gets too much for poor Andy, who ends up catching the ‘Filey Flu’ and being rescued by his Mum and Dad. We miss having him on our screens for the final episode.

The true stars of Seasiders arrive in a minibus, in episode 2. The Stewart family have journeyed to Primrose Valley from Keighley in Yorkshire, no doubt an arduous trek of some 94.7 miles. We have mum Bev who won’t entertain the thought of going abroad, due to the fact it’s got “’ot sun”. There are 4 children, a camera shy husband who we barely see, and a ‘Nan’ who seems to acquire a peely skin sunburn after about 5 minutes in the Filey sunshine. 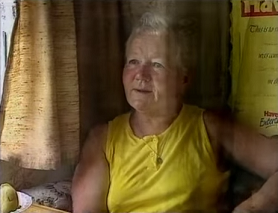 For Haven and the Seasiders series the Stewart family are perfect as they religiously join in with all the organised jollity.

We get to see the twin boys singing in the talent competition (with full marks for effort, at least). The teenage daughter gains a crush on Havenmate Andy- cue lots of on screen blushing, and the youngest Stewart lad enters the junior talent show as Freddie Mercury, complete with a hairy stick on chest! The best moment is provided by ‘Nan’, who is chosen to assist with the wrestling. Taking her role seriously she scares the baddie into the corner of the ring and gives him a slap around the chops! 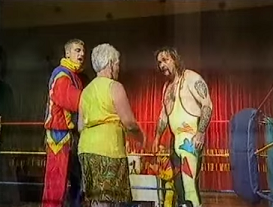 Seasiders boasts a celebrity appearance too, from Tom O’Connor of ‘Crosswits’ fame, there at Primrose Valley to perform in the cabaret. A likeable chap, we see Tom signing autographs for a cleaner and dishing out pearls of wisdom to the Havenmates about how to deal with ‘ecklers whilst on stage.

The talent show is a highlight as we see the resident band (called ‘Hands Off!’) confess that it is a weekly competition between them to keep the straightest face when backing the young singing acts. You can see what they mean as a rendition of ‘wind beneath my wings’ by one lady would doubtless have the bass player (a Terry Nutkins lookalike) snorting with supressed laughter.

The final episode shows the season coming to a close and we miss the presence of the Stewart family, although we do have ‘bar manager Dave’ to enjoy. The final scene is of some of the Havenmates performing to the song ‘Fame’ with the word ‘remember’ repeated several times. But, of course, this is Curious British Telly and very few people have remembered this show, unlike myself (who still has the entire series recorded on VHS)! 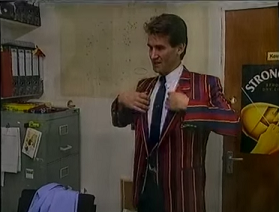 And finally, a bit of holiday camp history trivia for you all… back in 1995, when Seasiders was being recorded, there stood some crumbling buildings just outside of the holiday park. Nature had taken over this patch of derelict land and brambles and grass almost obscured a large empty swimming pool with two beautifully distinctive, but broken, tiered fountains.

Peering through the fencing and looking at this wasteland, you could almost hear ghostly music and laughter coming from the ruins of the famous Butlins Filey camp which closed, much to the sadness of many back in 1983. Unfortunately, we don’t get to see any of this in the Seasiders series and a look back at Butlins promotional films is probably a blog post in itself that I’ll save for another time! Until then I’ll bid you “Goodnight, Campers”!
Posted by Telly Viewer at 9/04/2016
Email ThisBlogThis!Share to TwitterShare to FacebookShare to Pinterest