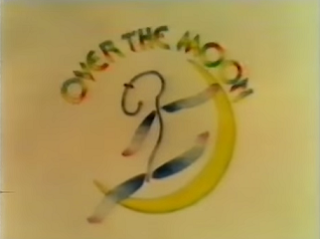 The world is an incredibly curious place to a child and each new day brings endless questions about the crazy planet they're growing up on. Why can't we walk on the ceiling? Why do helium balloons float? Why can't we see the individual beats of a hummingbird's wings?!

It's tough to answer these questions as children have notoriously short attention spans akin to that of an adult playing Candy Crush Saga. Just imagine, though, if you could combine these complex answers with a little bit of fun to keep them hooked.

You'd be Over the Moon.

Sam Dale is the studio bound presenter with few props, but plenty of conceptual knowledge to share with the inquisitive kids of Britain. And Sam isn't in a mood to mess about. He's going to get deep into branches of science that many adults struggle to grasp.

Gravitational pull? Sure, he'll take the basics of that and feed it back to knowledge hungry kids. The differing densities of gases? No problem, just give him a balloon and he'll do the rest. Halftone reprographic techniques? WHAT?!

It's not all complex science wizardry, though, there's something to keep the adults entertained too: CARTOONS! The animations are inspired by the show's theme, so, for example, in the episode looking at camouflage, we're treated to Jasper Carrot singing a song about Angus McBluff - a Scotsman keen on animal photography, but unable to get close enough to his subjects without scaring them off.

This Is Mission Control


First broadcast in 1978, Over the Moon aired in the children's lunchtime slot on BBC1 and consisted of 13 episodes all around 15 minutes long. The series was written and produced by the magic hand of Michael Cole (who else!) and he was aided and abetted by director Martin Fisher. Peter Gosling provided the music for the series.

The series was repeated on BBC1 a couple of times and one episode popped up on BBC2, but it was last seen on our screens way back in 1982.


Over the Moon was last broadcast a few months before we were born, so sadly our super absorbent child's brain was never exposed to it. It's broadcast dates also mean that any VHS home recordings are likely to have long since disintegrated or been chewed up, so YouTube houses nothing but the theme tune - better than nothing though, right?

The good old folk at the BFI Archive, though, came running to our aid once again without so much as a complaint about our never ending demands. There wasn't too much information online, so we weren't entirely sure what to expect. Apart from a Jasper Carrot song.

Perhaps we slightly exaggerated the level of science at play within the show, but it's still remarkably clever and wouldn't give a child much time to let their mind wander. Thankfully, Sam Dale frequently carries out experiments designed to capture even the most errant child's attention.

The cartoon sections act as a fun breather for the kids, but even then their brains are still subconsciously linking the animated japes with the theories they've just learned. We only saw two animations, one with Barbara Courtney King's singing which failed to grab us, but the Jasper Carrot one was a rollicking laugh riot.

The mixture of science and fun is just right, but the show doesn't quite hit the classic highs of other Michael Cole productions. Although interesting, the series doesn't have that vein of rich charm running through it that shows such as Gran, Bric-a-Brac and Bod had.

A solid show, then, but one that's merely serving canapes at the great party of classic children's tv.
Posted by Telly Viewer at 2/01/2015
Email ThisBlogThis!Share to TwitterShare to FacebookShare to Pinterest