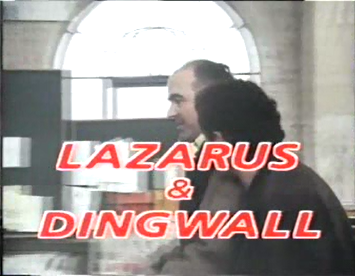 It only takes a cursory look at the Saturday night television listings to see that crime is all too prevalent in the modern age. The horror of these heinous Ant and Dec fuelled misdemeanours makes you hark back to a simpler era such as the early 90s. Ah yes, a wonderful, more innocent age where you could leave your TV on with nothing more than the threat of PJ and Duncan yapping away about the theft of Geoff's beard by Denton Burn. Look a little closer, though, and you'll realise that this period had more than its fair share of televisual crime - see the front row of any Top of the Pops audience circa 1991. Luckily, for the viewing public, on hand in this particular day and age were the crime fighting duo of Lazarus and Dingwall. 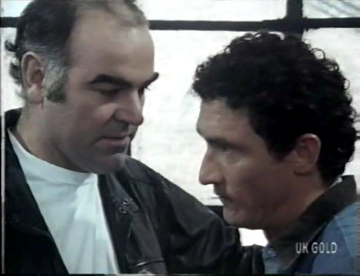 Lazarus (Stephen Frost) and Dingwall (Mark Arden) are policeman working together for the Really Serious Crimes Squad. Their struggles with the criminal underbelly include such intriguing cases as investigating the murder of a stuntman, trying to track down the pushers of a shipment of cocaine that's turned up in a batch of Colombian cod and a bizarre art installation involving a corpse. Heading up the Really Serious Crimes Squad is the microwave meal loving, part time cinema attendant Chief (Peter Bland). Other colleagues include department git Gary Bateman (Jeremy Gittins), Dingwall's desk based love interest of Beverley Armitage (Race Davies) and two incredibly boring plain clothes detectives (Simon Godley and Neil Mullarkey). 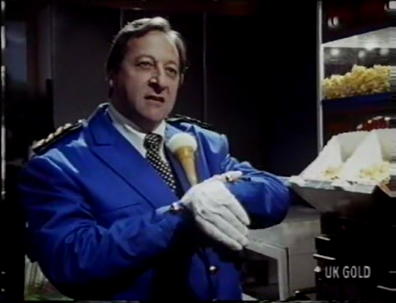 Six episodes of Lazarus and Dingwall aired on Friday evenings in early 1991 on BBC2. The series was written by Kim Fuller (brother of pop impresario Simon) and Victoria Pile along with contributions from Frost and Arden. Comedy legend Geoff Posner directed the pilot episode whilst the rest of the series was directed by the equally legendary Bob Spiers. The series was repeated in the very early years of UK Gold, but hasn't been seen since. No official DVD release has ever emerged, but a DVD copy of the UK Gold broadcasts is available on the black market.

Despite being well into our appreciation of British comedy by 1991, Lazarus and Dingwall completely passed us by at the time. Although we hadn't been exposed to much Frost and Arden we always enjoyed their brief appearances in Blackadder, The Young Ones, the Carling Black Label adverts and The Estate Agents. With a well honed chemistry between the pair we were curious about how they would fare at the forefront of a show. YouTube yielded little more than a few brief clips and the titles, but one of our shady contacts managed to get the series in our grubby hands fairly sharpish. 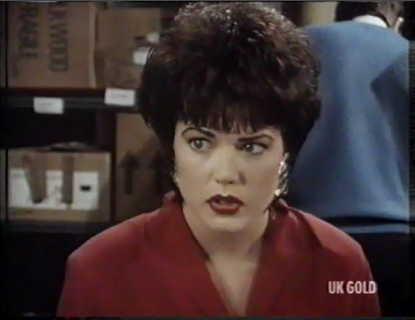 The humour's great. Very deadpan, packed full of visual gags and a blatant graduate from the Zucker-Abrahams-Zucker school of comedy. As with Police Squad, this type of humour sometimes gets in the way of any real emotional depth, but it's so playfully silly that we don't care. Every episode bristles with sharp, irreverent dialogue that helps matters unfold at a brisk pace.

The writers don't fare so well with the plots. They're given sublimely ridiculous frameworks to hang on, but at times it seems the writers are concentrating more on the gags than the story. It's a minor quibble for us, but some more advanced plots and well integrated subplots really could have pushed the series further. You only have to take a look at how well A Touch of Cloth, although slightly different in format, pulls off gag after gag coupled with strong, dramatic plots. 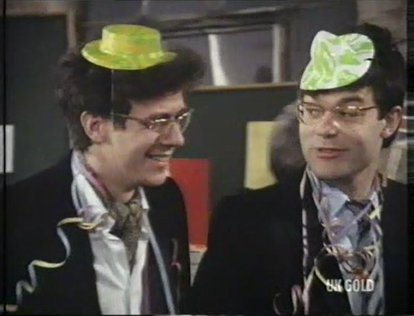 As mentioned previously, Frost and Arden are very comfortable playing off each other and the chemistry is refined to perfection. The deadpan nature of the scripts plays to their strengths, so their performances are more than enough to carry the weight of the show. Lazarus and Dingwall was Frost and Arden's big chance to start carving out starring roles for the duo, but sadly this was the only show they ever helmed. The rest of the acting on show is ok, you know, nothing too spectacular, but there's some nice turns from Lionel Blair and Stanley Unwin to liven up proceedings. 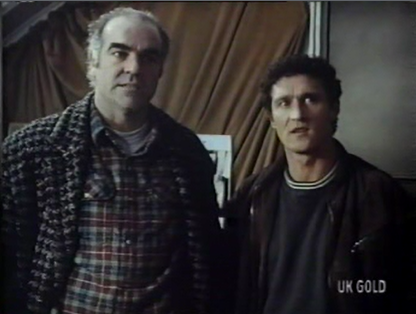 Lazarus and Dingwall is a light, knockabout gag packed show which deserved a second series. There was definitely more mileage in the characters and, perhaps, a second series could have mined their back stories further. As it is, we're left with a show that, whilst not taking you on an emotional rollercoaster, will remind that sometimes a bit of silliness is all we need.
Posted by Telly Viewer at 9/28/2014
Email ThisBlogThis!Share to TwitterShare to FacebookShare to Pinterest