The Children of Green Knowe 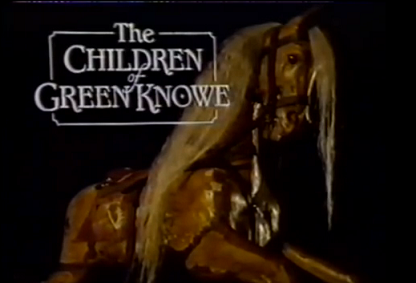 The last thing that we wanted to do as a child was be confronted by several ghosts. A box full of He-Man figures, yes, a gang of ghostly children - all slaughtered by the Great Plague - definitely not. However, some kids are pretty lonely. Take, for example, that kid, there's one in every town, whose only friend is a half eaten stickle brick. That kid would kill for some real friends, even if they are a little corpsey. Yep, that kid is pretty easy when it comes to friends. Even if, for good measure, there's an age old curse attached as in The Children of Green Knowe. 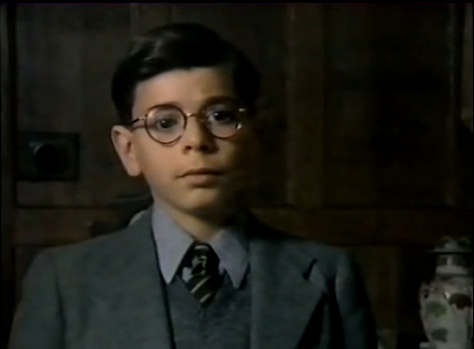 In a boarding school somewhere in post-war Britain, the ridiculously named Toseland (Alec Christie) or, as he prefers to be known, Tolly (little better), has receive word from his Father that he will be spending Christmas with his maternal Great Grandmother known as Mrs Oldknow (Daphne Oxenford). Tolly's festive home will be the ancient Oldknow family home of Green Knowe. Within the confines of Green Knowe, Mrs Oldknow regales Tolly with the stories of years past. Oh and, after laborious scenes of hide-and-seek, he makes pals with his long dead relations Toby (Graham McGrath), Alexander (James Trevelyan) and Linnet (Polly Maberly). It's not all fun and games, though, as the ancient tree-spirit Green Noah is intent on getting his branches on Tolly.

Based on the Green Knowe series of books by Lucy M Boston, The Children of Green Knowe was dramatised by John Stadelman for BBC1 in 1986. The serial consisted of four episodes and aired on Wednesdays at 5pm as part of the CBBC schedule. Colin Cant, who had previously directed The Machine Gunners and Grange Hill, directed the show whilst the soundtrack was provided by Peter Howell of the BBC Radiophonic Workshop. No commercial release has ever emerged, but the series has been uploaded to YouTube. The Children of Green Knowe is in the same vein as other BBC telefantasies The Box of Delights and The Chronicles of Narnia, so you know what to expect - well spoken children, a bit of magic, some horror and a wonderful soundtrack. The Children of Green Knowe isn't as well remembered as the aforementioned shows, but it certainly gives a good stab at staking its claim.

Alec Christie and Daphne Oxenford deliver good performances and Christie, in particular, manages to avoid the horror of 1980s wooden acting. The chemistry between the two is also very convincing which makes for an engaging piece of television. George Malpas, who pops up intermittently as the groundskeeper Boggis, inhabits his character well with all the nuances of a man skilled in the ways of the country. The spectral trio of Tolly's ancestors aren't particularly convincing, but Polly Maberly has gone on to carve out a successful career on the small screen - proof that actors continue developing long after 9 years of age. 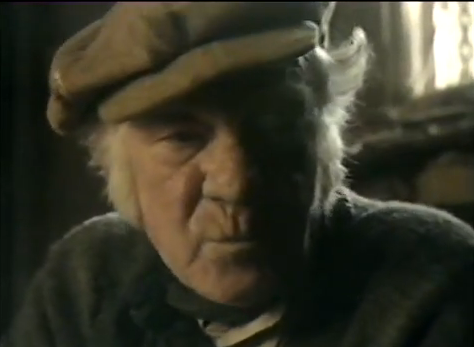 Now, the main problem we had was the story. Granted, there are some wonderful scenes created by the inter-character dimensions and, sure, there's some interesting concepts of stability, ancestry and nature. Further yet, there's also some creepy scenes as Tolly searches frantically for answers within the house and the grounds. But, and this is a big but, there's barely any plot there. Granny tells a story, Tolly considers the story and then runs round whining that his ghostly chums won't show themselves. The only antagonist present is Green Noah and he barely makes his presence felt until the last episode. The serial is relying on material from the book, but a bit of artistic license to create more jeopardy for Tolly could have done wonders. 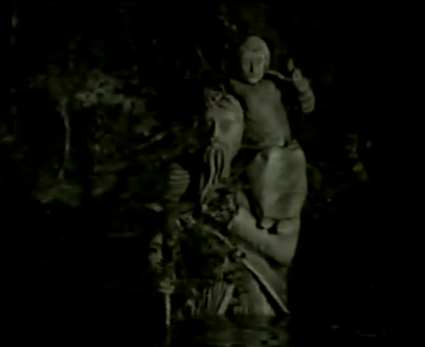 So, due to the lack of true adventure and battle, we're going to label The Children of Green Knowe as a missed opportunity. However, don't go thinking that this isn't a show worth revisiting. At four episodes long it manages to avoid boring the viewer inside out - we struggle to see how they could have stretched it any further, so kudos for the production team on that. The BBC always do a great job with period dramas and The Children of Green Knowe is no exception. It conjures up a show which is eminently watchable, cosy and just perfect for a quick spot of festive viewing. And it's certainly more entertaining than a half eaten stickle brick.
Posted by Telly Viewer at 9/17/2014
Email ThisBlogThis!Share to TwitterShare to FacebookShare to Pinterest