"That's how it's got to be if you want prospects. Irons in the fire, bread on the water, birds in the bush. Otherwise life is just waiting for the next giro."

And so goes Jimmy Pince's philosophy on escaping the dole queue in the first episode of Channel 4's comedy drama Prospects from 1986. It's a fair summary of what will follow over the next 12 episodes starring Gary Olsen as Jimmy 'Pincey' Pince and Brian Bovell as Billy Pearson. Yes, rest assured that there will be ducking and diving from a couple of Cockney chancers trying to hit the big time. Sound familiar? God bless Hooky Street? Nice little earner? By the mid 1980s, the British viewing public were crying out for socioeconomic studies of the Thames bathing beast that is the Cockney. Only Fools and Horses and Minder were fighting to be crowned king of the wheeler dealers and the recurrent angst of Eastenders was being christened within the sound of Bow Bells. So, why shouldn't Channel 4 have a stab too? 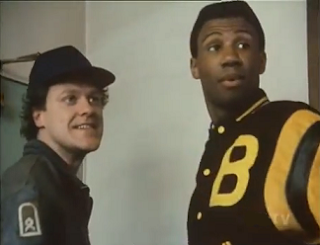 Prospects was produced by Euston Films on behalf of Thames Television - the same setup that was behind Minder. This, of course, was back in the days when a large chunk of Channel 4's financial backing came from ITV and its various regional guises. Advertisement space and airtime was up for grabs and, thus, Prospects began airing on Channel 4's Wednesday 9pm slot. Alan Janes - whose previous work included Minder, Grange Hill and Z Cars - wrote all 12 episodes and the series was produced by Greg Smith - producer of the bawdy Confessions of a... series and co-producer of long running West End musical Buddy. The theme tune was composed and sung by Ray Dorset of perennial summer soundtrackers, Mungo Jerry. Tying in with the series, there was the almost obligatory release of books based on the show by Futura Publications. 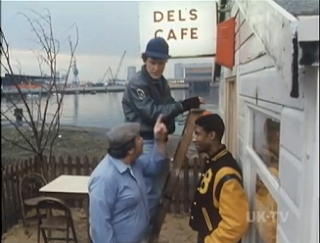 Episodes usually centered around Pincey and Billy establishing a business in the designated 'enterprise zone' of the Isle of Dogs. Pincey takes the lead role in devising the week's hairbrained scheme - with dubious ethical overtones - and Billy, at first, acts pessimistic, but the promise of pound notes soon twists his arm. Business starts swiftly, but the duo's incompetency would usually lead to insolvency - much like Del Boy, though, they would occasionally come up smelling of roses. Filming took place during a time of great change for London, the Docklands were being redeveloped and this creates an interesting visual mix of building sites and decaying architecture in the background.

Prospects fared well on Channel 4 and was rewarded with a repeat slot on ITV. Things looked promising for a second series - rumoured to feature Pincey and Billy running a mini cab firm - but, sadly, this never transpired. Copyright issues have been put forward as a reason for the series coming to an end, but these haven't been substantiated. Currently, the only way to view the series is via a few episodes on YouTube or to pick up an illicit DVD which uses the UKTV repeats of the series. This DVD can be found online at various sites or occasionally on Ebay. March 2013 finally saw the show officially released on DVD. 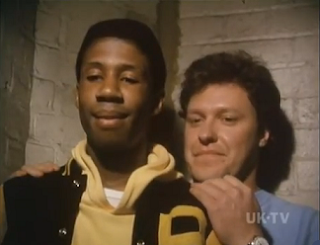 Curious British Telly views Prospects as a missed opportunity. One aspect that frustrated is the bloating of episodes with filler material to make up the running time. Take 'Uncle Harry's System', the main plot itself isn't particularly deep, so to make up the duration, a subplot featuring Billy going to court for GBH is stapled on. Unfortunately, this is an uneventful affair and resolved half way through the episode without any bearing on the main plot. It's disappointing as it's a missed opportunity for more rounded story telling. The character of Billy is also a bugbear as he seems to have suffered from poor character development. Most of the plots are driven by Pincey with Billy doing little more than following round as his lackey, voicing only the occasional disapproval.

Nonetheless, there are also positives to the show. Pincey's character is a highlight and Gary Olsen brings plenty of roguish charm to the role. The camerawork is surprisingly good for the time - instead of just pointing the camera and shooting, there has been a real effort to give the show some visual appeal. It's not TV cinematography on the scale of Sherlock, but it certainly beats Crossroads. Praise can also be reserved for Prospects taking a swipe at Margaret Thatcher's policies of the time - sure, Pincey and Billy embrace the concept of free enterprise, but the hardship of unemployment leads to operating below the law. Despite not being a rollicking laugh riot, there's enough humour to give the show a breezy, laddish charm and, taking the better plots into account, one well worth a visit. 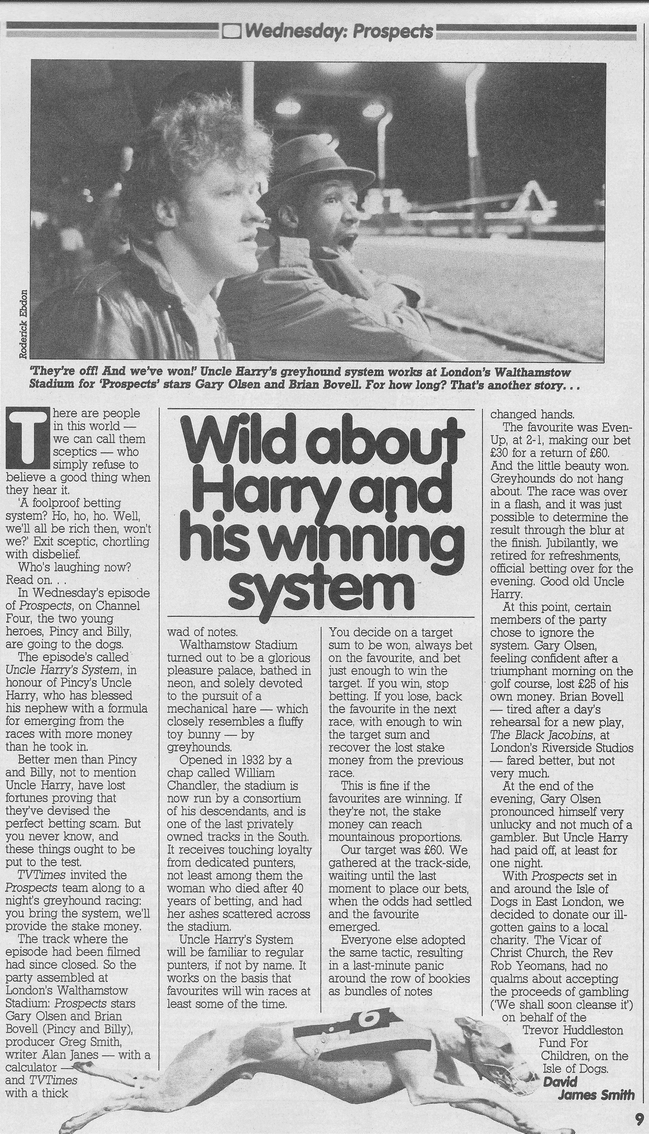 Posted by Telly Viewer at 11/18/2012
Email ThisBlogThis!Share to TwitterShare to FacebookShare to Pinterest