DVD Review: Our Day Out 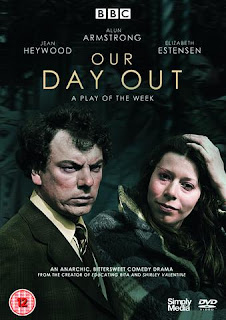 Drawing on Willy Russell's time as both a teacher and a pupil, his 1977 BBC2 classic Our Day Out is a multilayered narrative that takes in the chaos of youthful exuberance, the limitations of the education system and the design for life that is doled out to the socially disadvantaged. Seeing as Our Day Out has recently been released on DVD by Simply Media it's time to take a closer look at what's bubbling beneath the surface of this TV play.

Heading up the Progress Class - a remedial group for illiterate pupils - Mrs Kay (Jean Heywood) has arranged a school trip that will take her young charges from the dirty, decaying and deprived streets of Liverpool to the relative tranquility of Conwy Castle in North Wales. However, her fellow teacher Mr Briggs (Alun Armstrong) is fearful that Mrs Kay's woolly-minded liberalism combined with the unruly Progress Class is a recipe for anti-establishment disaster and demands that the headmaster allows him to accompany them. The final adult pairing heading along on the day out are the young teachers Colin (Lennox Greaves) and Susan (Elizabeth Estensen) who both have to contend with the romantic attentions of their pupils. 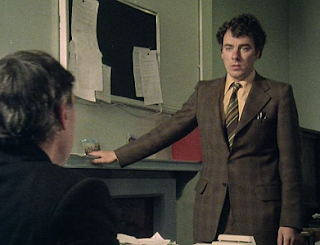 As predicted by Mr Briggs, anarchy escalates rapidly throughout the trip. Two of Briggs' older pupils - who have tagged along on the trip despite having left the Progress Class - Digga (Joe Jennings) and Reilly (Stephen Caffrey) start smoking at the back of the coach within minutes of the coach's engine starting up and the first stop at a roadside cafe ends in disaster and a frenzy of sticky fingered thieving that renders the cafe's cash register seriously unwell. A brief stop at Colwyn Bay Zoo briefly brings hope to Mr Briggs that the pupils are capable of behaving as expected, but this is soon extinguished when an enraged zoo keeper boards the coach to retrieve a menagerie of stolen animals. 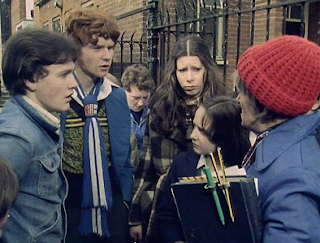 Following a severe dressing down where Mr Briggs tells the pupils that "Trust is something you people don't understand", the party reaches Conwy Castle and unravels even further into absolute chaos with the children running amok as Mrs Kay sits back with a contented smile on her face. Again, Briggs and Kay clash on their opinions of what the pupils need. Briggs is a fierce proponent of structure and respect, but Kay has the foresight to see that these socially disadvantaged children are destined for the same drudgery assigned to their parents and, as a result, no future. A good day out is, she argues, the least they deserve. In amongst the chaos, a young girl who dreams of nice things, Carol (Julie Jones) goes missing and is eventually found contemplating suicide by Briggs. 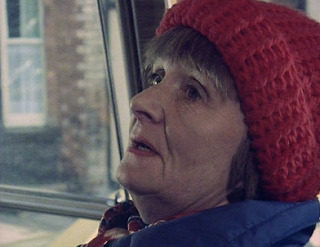 Talking Carol away from a cliff edge bordering crashing waves and jagged rocks, Briggs stern authority temporarily melts as he begins to understand why Kay wants the pupils to grasp a brief glimmer of happiness and escapism. Suggesting a trip to the local fairground before they head home, Briggs munches candyfloss with his pupils and gets into the spirit of chaos by leaping onto various fairground rides with the children. Arriving back in Liverpool, Kay suggests that the photos she's taken of Briggs' softer side will make a fine addition to the staff room wall. Briggs kindly offers to use his amateur photography skills to develop the film himself, but, as the play closes, he is seen unravelling the film and exposing it to the light to render it unsalvageable.

A Grand Day Out?

I went to a reasonably well behaved school, but I can't remember a single school trip that didn't result in at least one brief burst of chaos and madness. If the coach driver wasn't pulling over to rant explosively at us for disrespecting the school by constantly singing about him, then my peers were robbing the Little Chef of all their complimentary lollies. And this wonderfully, exuberant pandemonium is pushed to the forefront of Our Day Out to provide a pang of nostalgia for anyone who's ever been to school (that's all of you). However, Willy Russell is far too clever to make this play into little more than a smorgasbord of schoolchild anarchy. 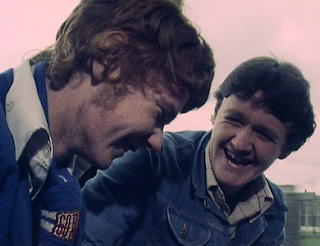 Instead, Russell allows a blatant political and social message to manifest itself throughout the play. It's clear from the off that the future paths of the children in Our Day Out were laid long before they were born. Destined to follow their parents into a nicotine stained world of menial factory jobs down by the docks, there's no time for Digga and Reilly to take note of the beautiful architecture standing out like a sore thumb in their home town. Carol, however, is slightly younger and dreams of escaping the murky greys and browns of what she reluctantly calls home. Mrs Kay suggests to Carol that she can escape, but deep down the teacher knows that Carol too is resigned to her downbeat destiny. 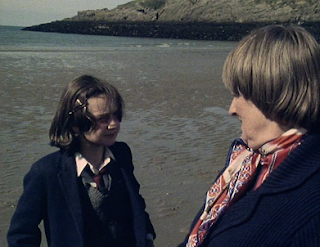 And the conflict between Briggs and Kay over the children's future underlines the difficulties heaped upon education. If anything, Briggs is somewhat of an idealist who believes any child can be saved if they're guided by authority and, therefore, granted respect. It's a curious argument given the apoplectic tongue-lashings he's prone to administering, but beneath all the rage he has the children's best interests at heart. Kay, meanwhile, is much loved by her pupils, but remains a secret pessimist about their futures and, instead, is keen for them to enjoy themselves to the full on their day out. Again, she has their best interests in heart, but it's in sharp contrast to Briggs' more militant approach and demonstrates Russell's skill for intricately designed characters and narratives. 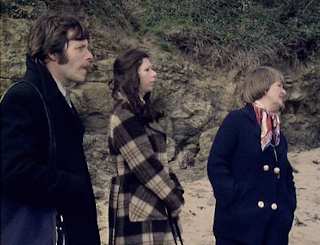 Neither approach, of course, is right or wrong. Education, on its own, is unable to provide a panacea for the ills of society and the many social injustices imposed upon it. A major social revolution would be required to provide any sense of equal footing and, 40 years on from Our Day Out, this seems as unlikely as ever with the levels of child poverty in Britain still reaching staggering levels. All these weighty thoughts are, naturally, far from the thoughts of the children in Our Day Out as they're keen to tap into nothing more than Kay's emphasis on carpe diem. Despite their exuberance, there's constantly a bittersweet undercurrent as we all know where these children are headed, but for the duration of Our Day Out it's difficult not to revel in their youthful ignorance. 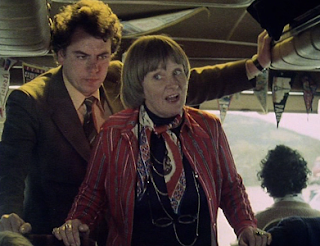 The whole play is helped in communicating its social messages through a series of fantastic performances. Many of the children involved were picked from the local area and had no formal acting experience, but they're a step above the majority of child actors from the 1970s who it's fair to say were mostly wooden and stilted at the best of times. These naturalistic performances are married to the adult actors who barely need any introduction. Alun Armstrong and Jean Heywood, in particular, are phenomenal and deliver masterclasses in range. As a result, Our Day Out rattles along with an engaging pace which makes you wonder if it could have been expanded slightly further to help bring in Colin and Susan's subplots which, although perfectly resolved, deserve a little more meat. 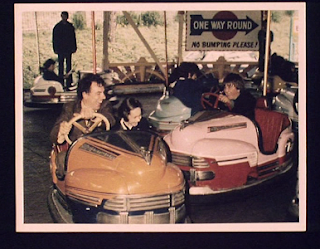 Nonetheless, Our Day Out is a fantastic slice of social commentary which remains timeless even 40 years on. We can all associate with the sentiments of regret and a lack of opportunities to varying degrees and, much like Briggs' about turn at the end of the play, we understand (even if we don't approve of it) that the status quo is somewhat of an immovable object. A thought provoking piece of art, Our Day Out is now available from Simply Media and Curious British Telly readers can receive a 10% discount code by entering CURIOUS10 at the checkout.
Posted by Telly Viewer at 11/17/2018
Email ThisBlogThis!Share to TwitterShare to FacebookShare to Pinterest