Agent Z and the Penguin from Mars 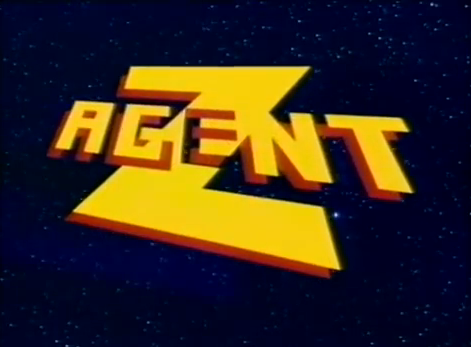 Every schoolkid - at least every schoolboy, God knows what girls get up to at that age - loves to play a prank and laugh at their victim's horrified face. On the face of it, it's bullying, but if you can justify the jest you avoid the smear of being a mean rascal. It's where every comedian starts off in life. Probably. We can certainly imagine a fledgling Johnny Vegas tar and feathering his Aunt for example. Anyway, yes, PRANKS! The BBC decided this would be the perfect way to engage with the mid 90s youth, but didn't want to tit about with buckets of waters being balanced precariously atop doors. No, they wanted to go much bigger, so commissioned an adaptation of Agent Z and the Penguin from Mars. 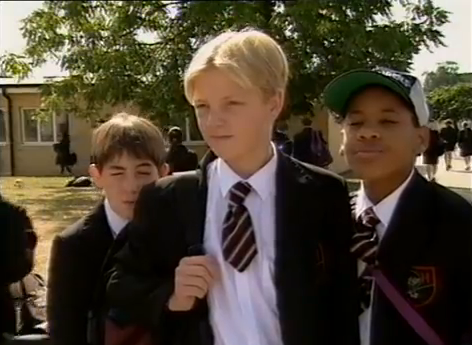 The Crane Grove Gang is a collective of youngsters comprised of Ben Simpson (Duncan Barton), Barney (Andrew McKay) and Jenks (Reggie Yates) who just happen to live on Crane Grove. This isn't the only alias they operate under though, the pranking wing of their enterprise is known as Agent Z. The gang are happily pranking the public with ventures such as dressing up as a gorilla on the loose when Ben finds himself with a new set of neighbours - The Sidebottoms, headed up by lottery winner Dennis (Rod Culbertson) with his wife Patricia (Pamela Power) and kids Tod (Andrew Wheeler) and Samantha (Nicola Mycroft). 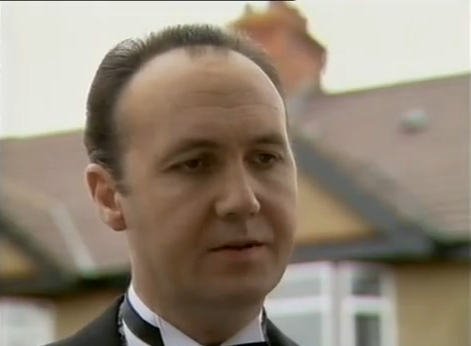 Ben attempts to take Tod under his wing, but soon discovers that Tod is a sneaky, little rat who manages to portray himself as the perfect son to his parents. After Tod is caught shoplifting a Dolly Parton CD, Dennis pins the blame on Ben and threatens to make his life very difficult. Agent Z is called into action with their biggest prank yet, one which aims to exploit Dennis' love of astronomy and a penguin 'borrowed' from the local shopping centre. 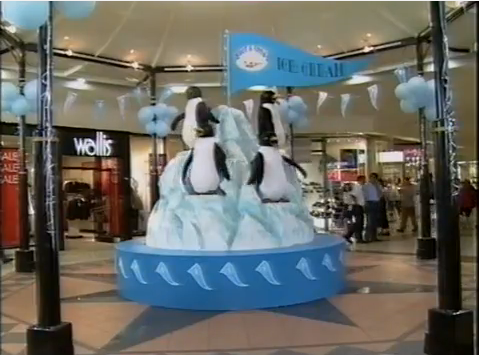 Agent Z and the Penguin from Mars was a 1996 adaptation of Mark Haddon's novel of the same name. It aired on BBC1 on Wednesdays under the CBBC umbrella and was script edited by Marilyn Fox, a talented individual who has popped up on our blog countless times. The series was never repeated and no more of Haddon's Agent Z novels were adapted for TV. YouTube currently houses the entire serial for those looking to relive the adventure. 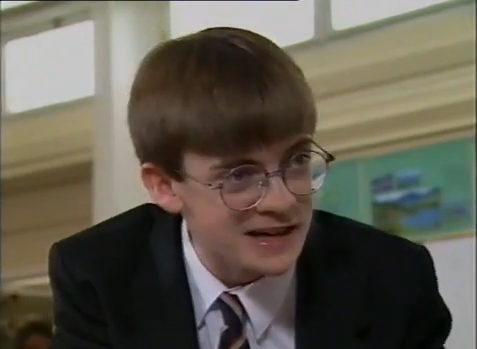 Curious British Telly eagerly tuned in to Agent Z each week back in those short winter days of 1996 and really connected with it. We were roughly the same age as the protagonists and the world of elaborate pranks really caught our imagination - a prank for us usually revolved around a fake dog turd being chucked at one of our mates. One reason that Agent Z always stuck in our mind was due to us being inspired to start writing a book about 3 pranksters - all we remember was coming up with some mundane plots e.g. one plot was that one of them had gone on holiday to the Norfolk coast, so the other two had to do pranks on their own. We didn't get very far with writing it. Maybe a page. It was a strange age where we were on the cusp of wanting to investigate more adult pursuits, but still intrigued by schoolboy japes. Would the series hold up to our mature eyes of 2014?! 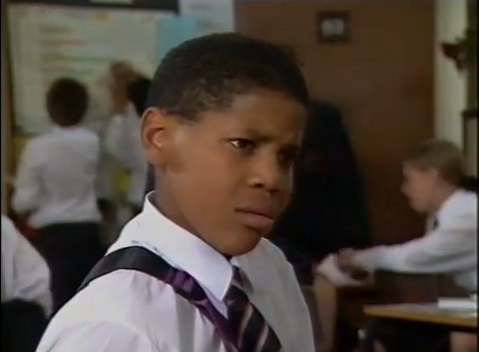 First off, Reggie Yates?! Reggie Yates was a thing back then? We had no idea he had starred in this. He doesn't make too much of an impression here, he's mostly used for comic relief. We remember connecting with Duncan Barton's Ben character at the time, probably because he personified the average 12/13 year old with hints of anxiety and vulnerability. However, this time round, we found him a little sappy at times. Barney's character was much more appealing this time round with his cocksure and cheeky attitude. We'd want to be Barney now. You just know he's going to grow up and get the ladies. 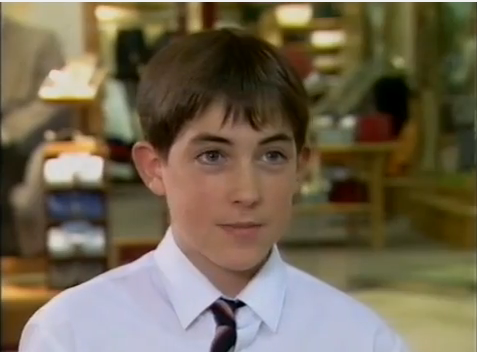 Rod Culbertson gives one of the best performances in the series as Dennis as he captures the arrogant father with perfect menace. Andrew Wheeler as Tod isn't a great actor, but his weasel-like ways left us wanting to punch him up the bracket, so he achieved his characters aim. Final mention goes to Ian Sharrock as Ben's father, Trevor, who we recognised as Jed Maxwell from I'm Alan Partridge. He plays a likeable, nice guy Dad and we're surprised that his acting career ground to a halt just a few years later. 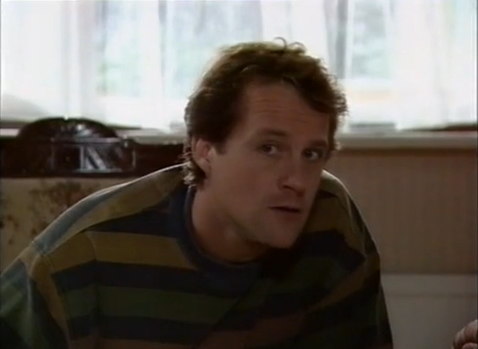 The story ticks along nicely and the plot builds nicely as - despite the big set piece half way through the series - the situation takes more and more absurd turns. The production team are helped by the magic touch of Marilyn Fox and also the talented storytelling of Mark Haddon which has seen him go on to win numerous awards including the Whitbread Award. We were a little annoyed that Tod disappears for nearly two episodes as he's such a deceptive little worm that he makes a great antagonist. There's also a half started plot revolving around a potential romance between Ben and Samantha Sidebottom, but this seems to evaporate fairly early on when it could have helped increase the tension between Ben and Dennis.

The series has a satisfying end and we enjoyed rewatching it nearly 20 years on from transmission. It's got a snappy feel to proceedings although a lot of the jokes fall flat. Ultimately, though, it takes us back to the days of being part of a gang messing about, years before the allure of women and alcohol took over our interests. It is, of course, also incredibly 90s with it's god-awful waistcoats, Wonderwall playing in HMV and Ben's Zig and Zag bedspread. It's a pity that no more series' followed as it's a likeable show if not a stone cold classic.
Posted by Telly Viewer at 6/19/2014 No comments:
Email ThisBlogThis!Share to TwitterShare to FacebookShare to Pinterest
Newer Posts Older Posts Home
Subscribe to: Posts (Atom)