I worked out the other day that I must have worked my way through close to 1,000 VHS tapes throughout 2017 in search of interesting nuggets of British TV. Obviously, I don't scan every single millisecond of the tapes as that would be ridiculously time consuming, so the fast forward button helps me skip through the late 1980s editions of Blind Date and get to the interesting bits like ad breaks and whatever followed when the tape was left running.

Read more »
Posted by Telly Viewer at 12/26/2017 2 comments:
Email ThisBlogThis!Share to TwitterShare to FacebookShare to Pinterest

25th December 1977 - A Seminal Day in British Broadcasting History? Or Not? 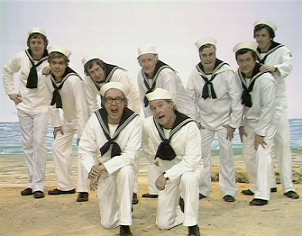 Today's very special and festive blog is courtesy of Jonathan Hayward, a friend of Curious British Telly and a man responsible for many of the VHS recoveries on the YouTube page.

The above date has been thought of by a number of writers and commentators as the day, or perhaps more accurately, the evening when populist but universally accessible broadcasting reached its most dominant apex. Starting with Bruce Forsyth and The Generation Game, followed by The Mike Yarwood Christmas Show and climaxing with The Morecambe and Wise Christmas Show, the latter reaching viewing figures quoted as 27 million or even slightly higher at 28.835 million.

The Manchester United team of the mid to late 1960s was a stupendous collection of talents, personalities and, most importantly, winners. Their highpoint, of course, came in 1968 when they Benfica to become the first English team to win the European Cup (Celtic had taken the accolade of first British club to win the competition the previous season). 10 years on from the Munich air disaster, it was the culmination of an unenviable rebuilding process helmed by Matt Busby which sought to yield the ultimate fruit. And yield it did.

Read more »
Posted by Telly Viewer at 12/24/2017 2 comments:
Email ThisBlogThis!Share to TwitterShare to FacebookShare to Pinterest 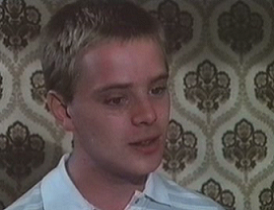 I was flicking through one of those 'Greatest Children's TV Shows' things the other day and, yes, the shows it listed were indeed fantastic, but what about the other children's shows that were making up the schedules as Tiswas, Knightmare and Grange Hill were unfolding?

I'm pretty sure that they're still worthy of recognition in some way (even if they're forgotten for good reason), so that's why I've decided to pull together 42 lesser known British children's TV shows to give a fuller understanding of what children's TV is capable of.