A Selection of Early Press Ads for Obsolete Video Formats

Thanks to the wonder of personal video recorders (PVR) we can record anything we want from the TV schedules with just a few clicks of the remote. You don't even have to get up thanks to the hard drive element of PVR. Roll the clock back about 40 years, however, and things were very different. Whilst, yes, you could record anything from the schedules, you most certainly had to get up and fiddle about with mindbending timers and, of course, those clunky old video tapes.

Naturally, hindsight can pooh-pooh the limitations of past technology, but, back in the late 1970s and early 80s, home video recorders were the future. They were Buck Rodgers in the 25th Century made real, but housed underneath a TV in Surbiton. Now, if you've ever followed my tweets on Twitter or scrolled through my Archive Tape Digging blogs, you'll be well aware that I'm still in love with the wonder of these machines. Not only did they allow us to capture wonderful slices of television (master tapes of which are now missing), but they also looked amazing.

And, to get a better understanding of what they promised us when they first launched, I decided to track down some early press adverts (click on the pictures for full size versions). 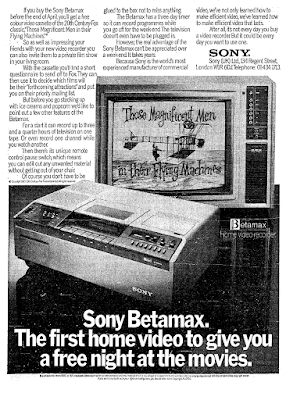 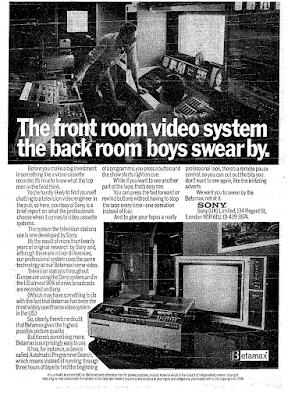 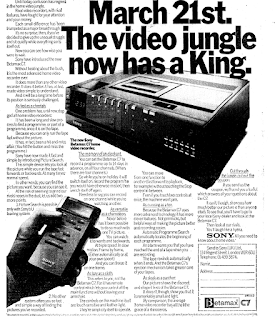 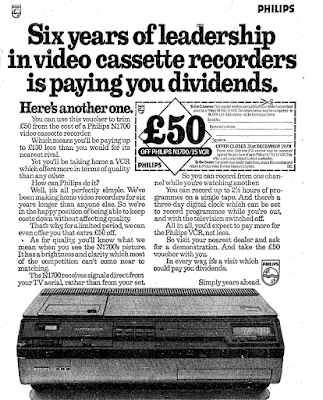 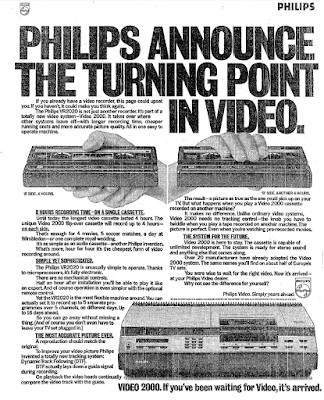 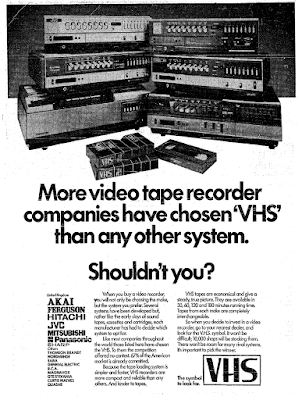 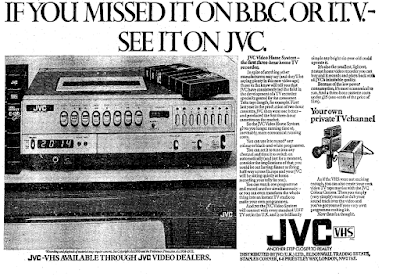 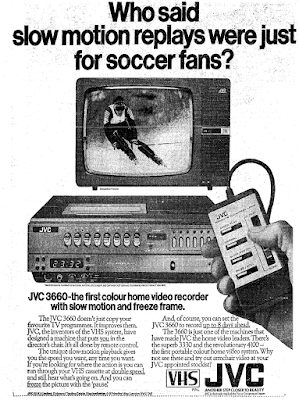 Posted by Telly Viewer at 7/07/2018
Email ThisBlogThis!Share to TwitterShare to FacebookShare to Pinterest