The Amazing Maurice Colbourne - What a Guy!

There were no frills to his menace, no cartoonish violence, just gritty determined power.

Here was a man who lit up the screen and captivated your attention every time he confidently strode in front of the camera. 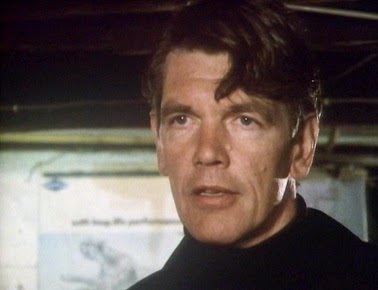 Damn it! Maurice Colbourne was fantastic!

The Beginnings of a Young Colbourne


Born in Sheffield, Yorkshire just as World War II broke out in September, 1939, Maurice Colbourne found himself going by the unassuming name of Roger Middleton.

His career prior to acting was almost as varied as his acting roles. After finishing his education he began an apprenticeship as a stonemason, but soon changed his mind as his heart ached for a life at sea.

Legend has it, though, that after heading to Liverpool he was discouraged from a seafaring trade after a bus conductor pointed out a group of unemployed seaman. 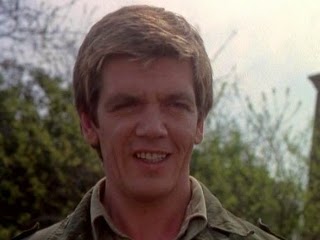 Determined to fill his back pocket with some cash, Middleton headed across Lancashire to the bright lights of Manchester. It was here that he found employment as a fairground roustabout and furniture removal man, but neither satisfied his desire to make something of himself. With nothing to lose he headed to London with ambitions of becoming a writer. However, as with most writers, he struggled and found that being a waiter was the only way to make ends meet.

A Chance Encounter Leads to Colbourne Seizing The Day


After meeting the film star Tom Courtenay in the early 1960s, Middleton suddenly found the inspiration he had been seeking. He was going to become an actor.

Much like the characters he would later portray on screen, Middleton was fuelled by a gritty determination. Despite initially being turned down for a scholarship at London's Central School of Speech and Drama, he persisted and eventually gained a place.

It was after graduating that Roger Middleton took the stage name of Maurice Colbourne. With a measured dose of macabre irony, the name had previously belonged to a now deceased Shakesperian actor with whom Middleton shared the same birthday - 24th September.

Treading the Boards and Moving onto the Screen


Colbourne's first tentative steps into the world of acting came in repertory and alternative theatre. Serious about his art, Colbourne took an abandoned synagogue in East London and founded the Half Moon theatre. It was here that he could act, direct and write without the shackles of the establishment around his creativity.

However, the confines of the stage were not enough for Colbourne. He wanted a bigger audience.

The first role of note he achieved was that of a villager in the 1970 Vincent Price horror film, Cry of the Banshee. Still, though, Colbourne wanted more. He needed a leading role to confirm his talents.

Gangsters Thrusts Colbourne into the Limelight


It was in the BBC's 1975 Play for Today feature Gangsters that Colbourne first entered the public's consciousness. 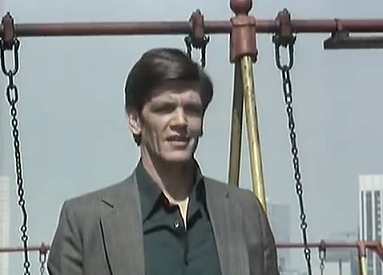 Playing John Kline, Colbourne found himself as an ex SAS man working undercover for the intelligence services in Birmingham. With a handy pair of fists and an eye for the ladies, John Kline was an enthralling character who charmed viewers. The BBC were equally impressed and two full series of Gangsters followed. Colbourne was now a recognised face and found himself winning roles in established shows such as Van der Valk and The Onedin Line.


Colbourne found himself in the running for the role of Roj Blake in Blake's 7, but ultimately this went to Gareth Thomas. However, sci fi would come calling again in the shape of the BBC's 1981 adaptation of John Wyndham's The Day of the Triffids. Playing Jack Coker allowed Colbourne to highlight his talents for weaving a complex character full of faults, but also a boldness to make a difference. 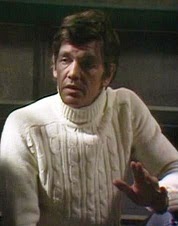 Perhaps his best known role in the sci fi world was that of Lytton, the mercenary who appeared in two Doctor Who serials during the 1980s: Resurrection of the Daleks and Attack of the Cyberman. 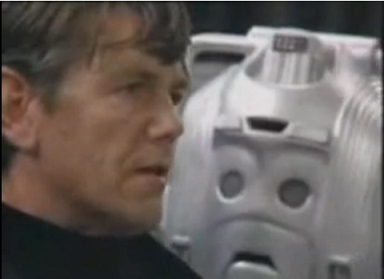 Colbourne's first appearance on US TV would come in 1985 in the poorly received Hitler's SS: Portrait in Evil - Colbourne briefly plays a sadistic SS guard, but don't expect to catch this on TV anytime soon. 1985 was a busy year for Colbourne and culminated in his best known role - Tom Howard in Howard's Way. This was the BBC's response to glossy American soaps such as Dynasty and Dallas which were dominating the ratings.

Colbourne's character marked a departure from his usual roles as Howard's Way centred upon the comparatively sedate world of yachting. 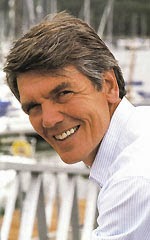 The show was a huge success for the BBC and planted Colbourne in prime time Sunday viewing for several years. Sadly, Colbourne would not see the culmination of the series.

The Acting World Loses a Great


Just as Colbourne had become a household name, tragedy struck as he died at the untimely age of 49. He had been busy renovating the family holiday home in Dinan, Brittany; France when he collapsed with chest pains and died of a heart attack. Colbourne left behind his wife of 10 years Chan Lian Si and their daughter, Clara.


We can't lie, we're utterly transfixed by Maurice Colbourne whenever he's on screen. There's something so powerful and demanding about him that we can't help but enthuse wholeheartedly.

Our first encounter with him was as Lytton in Doctor Who. He was a nasty piece of work at first, but later showed signs on warmth, all delicately translated by Colbourne's menacing performance. 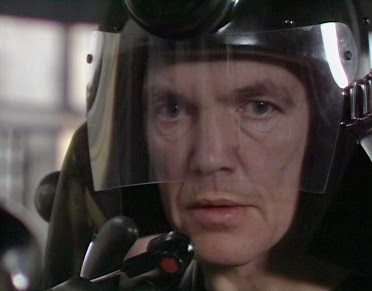 And just think, he double crossed the Daleks and the Cybermen. He just did not give a solitary damn!

One of our favourite gems of British telly is Johnny Jarvis and this was our next exposure to the magic of Colbourne. Again, he's a complex and deceptive character who constantly wrong foots the audience. Could anyone else have played his character Jake better? Sorry, that's a stupid question...

Colbourne's best appearance, in our opinion, is of John Kline in Gangsters. 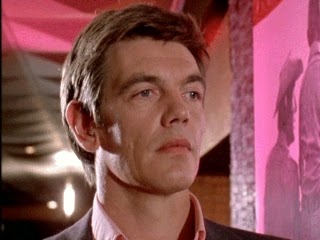 A sterling tour de force throughout the first series, he punches, threatens, gambles and loves his way across the gritty urban landscapes of Birmingham. The second series is, well, a bit surreal to say the least, but Colbourne is still in fine fettle.

It's just such a shame that his career ended prematurely. He still had so much more to give. The Glasgow Herald, whilst covering his death, referred to his main passions as being "horse racing, fishing and being at sea" - the epitome of not just a man's man, but also the majority of his characters.

Posted by Telly Viewer at 2/03/2015
Email ThisBlogThis!Share to TwitterShare to FacebookShare to Pinterest