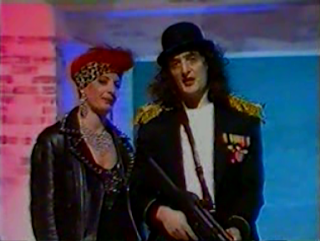 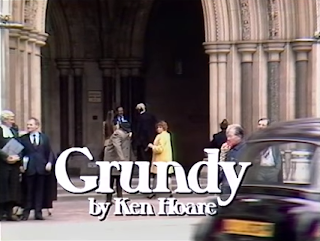 Sanctimonious newsagent Leonard Grundy (Harry H Corbett) has finally had his marriage dissolved in the high court, but it would appear that his troubles are only just beginning. With his wife leaving him for bed salesman Burt Loomis, Grundy almost immediately finds himself caught up in a friendship with the sultry and flirty Beryl Loomis (Lynda Baron) who has recently been divorced from, you guessed it, bed salesman Burt Loomis. Although it's a relationship which is purely platonic - music to Grundy's respectable and upstanding ears - the situation between Grundy's daughter Sharon (Julie Dawn Cole) and Beryl's son Murray (David Janson) is much more physical. 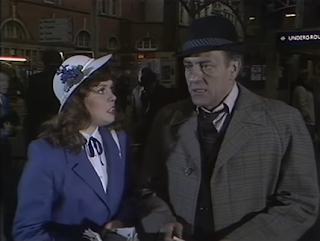 In his final transmitted TV role, Corbett is on great form as is his opposite lead Lynda Baron. Comic actors of the highest order, both Corbett and Baron pull out every trick from the extensive repertoire of tricks to summon up fantastic performances. Letting the side down, though, are the scripts which are a little too heavy on two handers where any action served up is of a meagre portion, so episodes feel slow and leaden. Naturally, Corbett's untimely death - he suffered a coronary after recording the first episode meant that Grundy was limited to one series of six episodes which aired on ITV in 1980 on ITV. Written by Ken Hoare (Begger My Neighbour, Turnbull's Finest Half Hour), the episodes managed to achieve viewing figures of between 9 to 12 million over the course of the run. 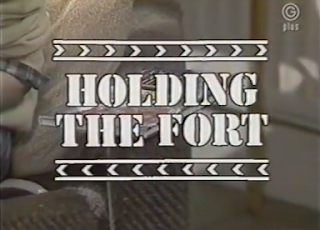 Russell Milburn (Peter Davison) is an executive at his local brewery, but he's facing somewhat of a quandary. With the brewery planning to relocate to Workington, Russell has been presented with the chance of a promotion if he follows the brewery. However, Russell's wife Penny (Patricia Hodges) is reluctant to move and Russell's only immediate alternative is to join countless millions on the dole. Help is on hand though due to a spot of role reversal as Penny decides to rejoin the army in her rank as Captain whilst Russell stays at home to look after their baby daughter Emma. In amongst all the dirty nappies, cleaning and cooking, Russell captures the Thatcherite dream of enterprise and sets up his own basement brewery to knock out his well regarded ale. 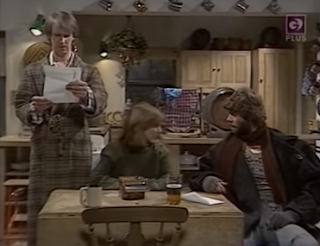 Aided by the freewheeling, layabout Fitz (Matthew Kelly), Russell juggles parenthood and brewing with an elan that is only tested by the romantic interests of his neighbour's underage daughter, the council's meticulous bureaucracy in approving his brewery and Fitz's blossoming romance with a policewoman. Penny, meanwhile, thrives upon her return to a military environment, despite the middle class idiocy of her colleague Captain Hector Quilley (Christopher Godwin), a man for whom the concept of women in the military is somewhat of a novelty.

The first commissioned series by those stalwarts of British comedy, Laurence Marks and Maurice Gran, Holding the Fort is a fantastic example of fine lead performances combining with scripts full of gags and relatable quips on the absurdity of life - a speciality of Marks and Gran. While it's not quite in the same league as Birds of a Feather or Goodnight Sweetheart, Holding the Fort more than holds its own and is an enjoyable watch for any fan of British comedy. Quite why it's never received a commercial release is a mystery. Comprising 20 episodes spread across three series, Holding the Fort aired on Friday evenings at 8.30pm on ITV for the first two series with the final series going out on Sundays at 7.15pm. 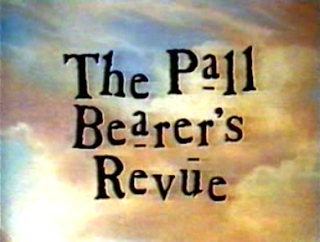 Jerry Sadowitz presents this curious smorgasbord of standup comedy, magic, sketches and social comment. And it's pushed to extremes that television audiences of 1992 are unaccustomed to. Aided by his glamourous and disapproving assistant Dreenagh Darrell, Sadowitz unleashes an aggressive and uncompromising performance that includes failed tricks Tommy Cooper would weep over and highly impressive card tricks (often performed in 'The Roy Walton Moment' set) that Paul Daniels would turn green with envy over. Sketches include The Intellectual Comedians which takes ITV's The Comedians and feeds it through an alternative comedy filter and there's also time for a bizarre denouement to the series where US special agents are sent to kill Sadowitz for offending too many people with his double irony.

Regularly feted by a huge number of comedians, Sadowitz's TV appearances have been limited during the course of his career and The Pall Bearer's Revue demonstrates why television is rather apprehensive about his output. For a show broadcast in 1992, the level of swearing and the aggressive standpoint is mindboggling. However, it's also ridiculously funny and generates plenty of laughs through its mockery of television production, jokes sharper than an enraged crocodile's bite and the overall sense of anarchic freedom. In fact, it feels outrageously ahead of its time and predates acts such as Frankie Boyle (minus the magic of course) by a good fifteen years.

Completely written by Sadowitz, The Pall Bearer's Revue received a huge number of complaints upon its broadcast and has not been repeated since. Five episodes were produced for BBC2 with episodes airing in a 10pm slot on Monday evenings. 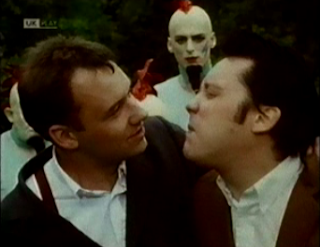 Jim (Vic Reeves) and Bob (Bob Mortimer) are a pair of pals who are about to embark on an absurd adventure which pushes the avant-garde envelope to ridiculous extremes. Despite the allure of Jim's father's 'heel bar', the appeal of unusual footwear practices gives way to an excursion to an outside meat festival where Jim and Bob happen upon an unusual sausage for sale by a leather clad meat salesman (Phil Oakey). Purchasing the meat, Jim and Bob soon find themselves becoming figures of major interest to an alien race (complete with goatees and mohicans) who need the unusual sausage to feed their queen.

Part of Channel 4's series of comedy pilots entitled Bunch of Five, The Weekenders is almost uncategorisable due to its leftfield, oddball leanings that are as unsolvable as a Rubik's cube in the dark. However, there's a playfulness to the way that Reeves and Mortimer hurtle through this bizarre universe and they have to be applauded for making it work. One of their stranger pieces of television, The Weekenders was probably best as a one-off excursion into unknown corners of comedy, but remains an intriguing footnote in their evolution as surreal masters. The Weekenders aired at 10.30pm on Channel 4 in 1992 and was later repeated on defunct digital channel UK Play.

Remember any of these? Holding on to some titbits of trivia relating to them? Or maybe you own all six episodes of Grundy and are happy to donate them to the Curious British Telly YouTube channel? Whatever your fancy, please get in touch via the comments below. Or send an email.
Posted by Telly Viewer at 12/17/2018
Email ThisBlogThis!Share to TwitterShare to FacebookShare to Pinterest