In 2017 you can film, edit and watch whatever takes your cinematic fancy within minutes thanks to the advances in mobile phone technology. And that's at an incredibly amateur level, if you want to film something with higher production values you can achieve this for several hundred pounds thanks to digital technology. Back in the 1980s, though, even if you wanted to film an out of focus wedding reception (not always a bad thing considering the haircuts) it was a much more testing and time consuming task. Thankfully, ready to lend a hand, was Video Active. 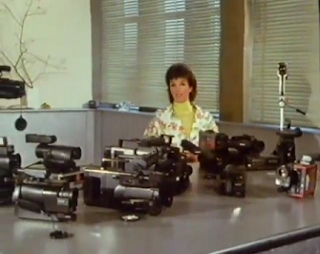 Video Active is an introductory guide to making home videos presented by Sue Robbie. Helping newcomers to the world of video cameras, the series helps people get the best out of non-professional setups by hammering home the basics of film making to help budding directors avoid the most common mistakes. After all, unpacking a video camera along with a collection of tangled, alien wires and an instruction manual thicker than a Leo Tolstoy novel can be rather intimidating. Therefore, Sue Robbie is here to tackle the principles of lighting, framing a shot and, most excitingly, special effects.

Thanks to the boom in home camcorder sales during the 1980s, Video Active took full advantage of the public interest in amateur filming and aired as a six part series on BBC1 in 1987. The 30 minute episodes went out late on Sunday evenings just before 11pm and were repeated later on in the year on BBC1 and, finally, on BBC2 as part of the Daytime on Two schedule. A book to accompany the series was released and, rather obviously, a VHS release of the series followed. 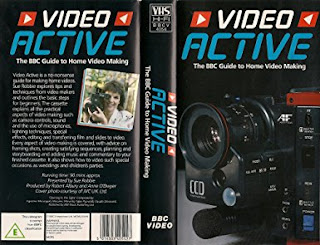 Putting the Video In

Earlier on this year, I picked up a huge collection of old VHS tapes from a friend of Curious British Telly who not only recorded countless TV shows which have ended up on my YouTube page, but was also a huge Sue Robbie fan. Accordingly, there was plenty of Sue Robbie footage on the tapes and this included a few episodes of Video Active. Not being a film maker, myself, I didn't really think I'd find much interest in the episodes, but I had become a Sue Robbie convert and couldn't turn down watching her in action. 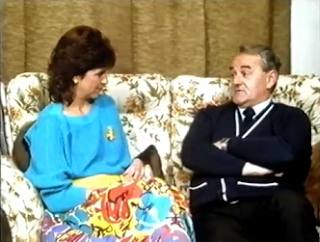 And, yes, Robbie is in fine fettle throughout Video Active. She's got this incredible sense of enthusiasm which, when combined with her elfin smile, generates dangerous levels of charm which can't fail to engage. Never even veering close to a feeling of this being "just another job", Robbie immerses herself fully in the subject and manages to somehow deliver not only a sense of authority in her presenting, but also retain her effervescent and accessible glamour.


Home video technology has come on leaps and bounds since the days of Video Active, actually, scrub that, it's come on absolute light years. As a result, most of the technology featured in Video Active is as dated as a Berni Inn's chicken in a basket. In 1987 most of the country had a VHS player at home which could be used to playback camcorder footage, but very few people (myself excluded) still have an active VHS player in their front room 30 years on. It's progress, of course, but does this mean that Video Active is completely redundant?

Well, partly, yes as searching the series out and then watching it is quite a task when YouTube houses a million videos covering all manner of tips for modern equipment. Nonetheless, Video Active is a comprehensive guide to the basics of filming and tips such as basic light positioning provide invaluable and still relevant advice. And Video Active also acts as a fantastic snapshot of the amateur filming movement of Britain in the mid-80s, so for any film historians this provides an intriguing taste of the day. 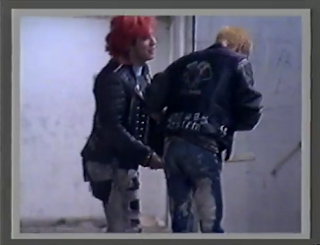 And, even to those who aren't film historians, there is a tonne of retro goodness lurking within the tape spools of Video Active. The visit to Swindon's Media Arts Lab introduces us to youth subcultures such as a gang of 80s punks and, at the opposite end of the spectrum, a group of beatboxing hip hop kids with their curious South West accents. The wonderfully charming Eric regales the ever attentive Robbie with his adventures in the world of video letters (much more personable than just words or an audio letter) which seem ridiculously quaint in today's age of FaceTime and Skype. 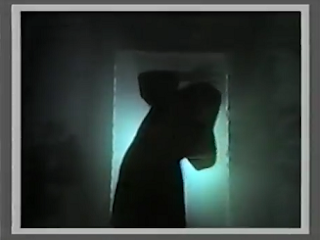 And, my favourite episode is the 'Effective Illusions' episode with its look at sometimes dizzying homemade special effects that, although looking like a budget Doctor Who, possess an amateur charm all of their own - and the nuclear attack effects are as disturbing as ever. Most exciting of all, though, is the sinister and ghostly snatch of amateur film in the 'Strike a Light' episode which is entitled 'Labyrinth of the Lost Souls' and produced by the Victorian Theatre Company (if anyone has the full film of this then please get in touch!) 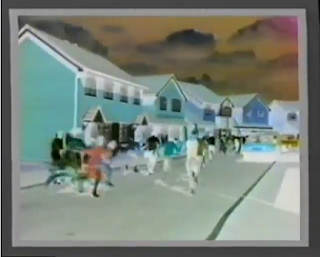 My love of such retro delights is, understandably, rather niche but if you're reading this blog then you're probably going to love looking at all the contemporary 80s culture on offer at the very least, so it's more than worth a quick flick. And, if you're a Sue Robbie fan, then it's absolutely obligatory viewing as always.

Posted by Telly Viewer at 11/25/2017
Email ThisBlogThis!Share to TwitterShare to FacebookShare to Pinterest