Tickets for the Titanic: The Way, The Truth, The Video 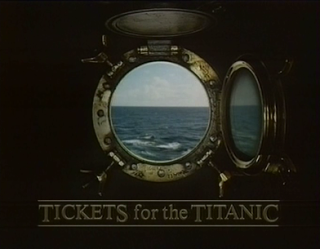 The Way, The Truth, The Video was written by the multi talented Alistair Beaton who can count satirist, writer and radio presenter in amongst his myriad professions. The play itself was a satire on the malleable nature of public opinion and how even the most seemingly just outlooks can be fuelled by sleaze and hypocrisy to secure changes in the moral landscape.

Michael (Peter Firth) is the evangelical host of television's moral high ground 'The Word of God', a show which looks at the temptations of the modern day that the bible didn't have to address. After all, Paul didn't find the road to Damascus littered with adult video shops. Flanked by his three 'angels' Faith (Lindsey Readman), Hope (Greg Butler) and Charity (Andrea) who operate with a disturbingly harmonious sychronisation, Michael certainly isn't immune from temptation and enjoys power, swans round in a Rolls Royce and shares fully nude Jacuzzis with Faith and Charity. 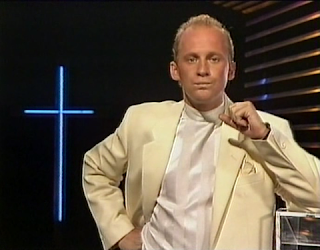 With an anti-permissiveness bill due to be put to Parliament, Michael is determined to see this bill approved, but is well aware that there's a lack of support for it amongst politicians. Determined to remedy this blight on society's moral landscape, Michael sets about allying himself with Mrs Pollard (Annette Crosbie) of the National Association of Socially Concerned Individuals (NASCI) who are campaigning for "A Better Britain" - Mrs Pollard also seems to be terminally concerned about her cat Theodore who appears to have prostate problems, but that's by the by. 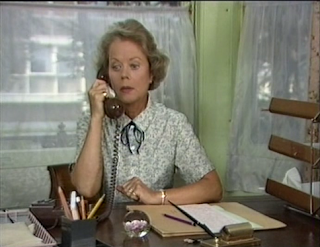 This partnership, though, isn't enough for Michael to secure his ideal vision of Britain where the public will see the error of their ways and accept God into their lives. And that's why Michael is pushing for Inspector Crocker (Ian Bannen) of the Met Police to come on board and provide a bit more back up to achieve his dream. Crocker is keen to restore purity for Britain, but advises that the police can't be seen as married to a political movement. However, after a two grand bribe from Michael, Crocker is happy to share intelligence and ensure picketers in Soho aren't dispersed. 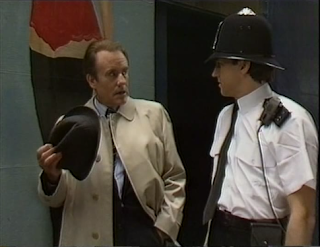 And Michael is so ruthlessly determined to get his plan across the line that he's prepared to humiliate the Queen in order to get the press behind the anti-permissiveness bill. 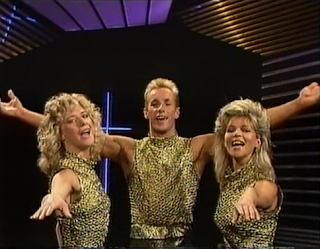 Despite a few flickers of brilliance, I wasn't entirely convinced by the first installment of Tickets for the Titanic, but The Way, The Truth, The Video more than makes up for the anthology's slow start. 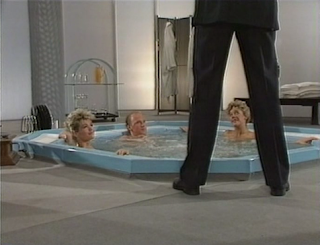 First of all, for anyone who's walked through Soho in the last 30 years, The Way, The Truth, The Video acts as a fascinating time capsule of how the area has been cleaned up and changed. Stripclubs, peep shows and adult cinemas litter the streets in such liberal helpings that its far removed from the slim pickings of sleaze in Soho of today where you're more likely to find a flat white than a DVD of Busty British Buggers Vol.3. And the effects of inflation are more than apparent as, back in 1987, signs declare that you can see "Nude Girls in Bed - 50p" whereas these days, so I'm told, it's £2. 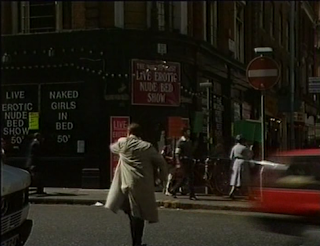 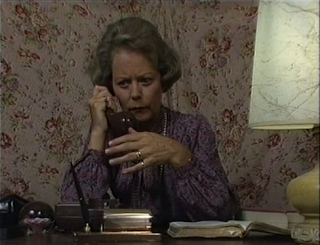 Annette Crosbie is a delightfully concerned individual who simply wants a return to more respectable values and her daily updates on her cat are quite hilarious. Crosbie's career is dominated by focusing on One Foot in the Grave, but she's a fine dramatic actress and brings a very subtle brand of British comedy to the play with her gentle dose of respectable anxiety. 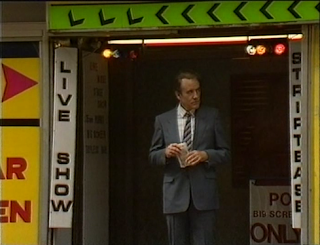 Ian Bannen's drama credentials speak for themselves with roles in Doctor Finlay and Tinker Tailor Soldier Spy, so it's no surprise to find him handling the tough decisions as Crocker with such ease. Almost tortured by temptation, Crocker has to circumnavigate bribes from sex cinema owners in order to follow his desired moral path - the fact that this involves taking a bribe from Michael makes for some fantastic hypocrisy. 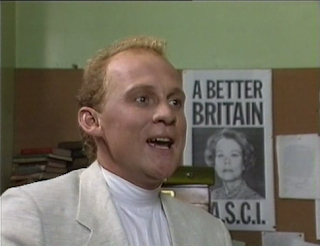 The absolute star, though, is clearly Peter Firth. Taking Michael to a ranting, almost possessed level of evangelical preaching is no mean feat and could easily fall into a banal cliche, but here it's an exhilarating tour de force of his talents and underlines why he's been on our screens for so long. In fact, Michael gradually becomes somewhat of a megalomaniac and his quest to bring God to the masses comes at a ruthlessly tragic cost, but it's one which is somehow nullified by his highly charismatic and determined persona. 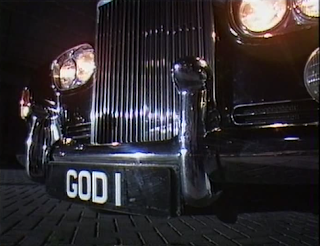 Together, these characters produce an entertaining black comedy with plenty to say. It's careful not to single out religion as a corrupt force, but instead takes a more comprehensive look at authority and how almost anything can be achieved with corruption.

Michael will stop at nothing to achieve his aims and this takes in not just fraud, bribery and blackmail, but also murder to help him keep his 'ethical' ship on course. Likewise, the police are painted as corrupt and far too involved politically to ever demonstrate any impartiality. And it's a problem which still infects society today - just look at Fifa - but at least The Way, The Truth, The Video does it with a sense of humour; the way in which the Queen is humiliated is a real belly laugh and ensures you're suitably entertained before hitting any metaphorical icebergs.

https://w*w*w.youtube.com/watch?v=dJDMvG47qAs
Posted by Telly Viewer at 4/09/2017
Email ThisBlogThis!Share to TwitterShare to FacebookShare to Pinterest