Tickets for the Titanic: Keeping Score 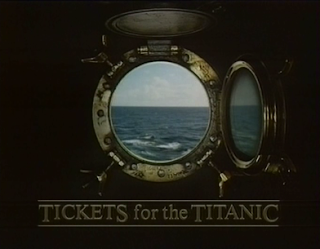 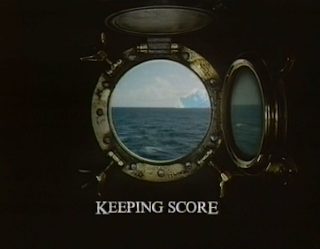 Written by Guy Jenkins, Keeping Score was a play about social retribution and a determination to cause anarchy and mayhem for financial institutions; these days, of course, the bankers are more than capable of this themselves, but back in 1987 The Dread Brigade were required.

Banks (Martyn Hesford) is unemployed with an unfortunate past taking in borstal and, quite literally, being thrown to the lions during a failed stint working at a safari park. At the DHSS, he meets the well spoken benefits officer Penelope (Tessa Peake-Jones) who, rather suddenly, takes him out of the DHSS and home to her luxurious apartment. 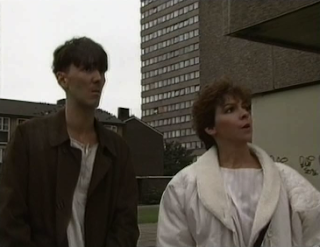 Despite the trappings of wealth and luxury, Penelope feels hard done by in life and is determined to strike back and get revenge. Keeping a score of every time she's been wronged, she's on a mission to even up the scores. And, despite his initial reticence and bafflement, Banks soon comes on board and they form The Dread Brigade.

Initially carrying out small scale anarchy such as orchestrating a fight between a nun and a policeman (resulting in the newspaper headline Halo, Halo, Halo - What's Going on Ere?), The Dread Brigade eventually move on to targeting the financial system, a campaign which is heavily driven by Penelope's previous and unsuccessful romantic dalliance with a banker. 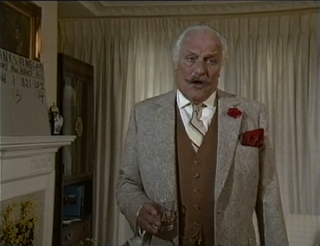 The Dread Brigade are, essentially, sponsored by the wealth and privilege of Penelope's father, the Earl of Albany (Charles Gray). A figure of hatred for Penelope, the Earl is rather intrigued by the Dread Brigade's ethos and, seemingly thrilled by the mischief of disrupting society, gladly lends a hand. Banks, though, is becoming increasingly subversive and has his sights set on wreaking havoc at 10 Downing Street. 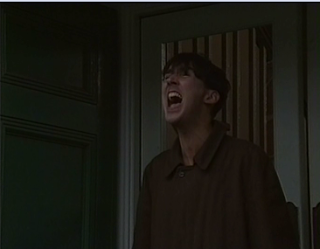 It's a curious sounding play, but what exactly is Keeping Score like?

Well, first off, it's almost uncategorisable due to the myriad themes and emotions vying for your attention, but if I had to be reductive and pin it down to one genre, it would be comedy drama. Certain aspects of Keeping Score - namely the quest to cause financial meltdown - make it feel like a proto version of Fight Club or Mr Robot, but it's got such a unique flavour that it's quite unlike anything I've seen before. 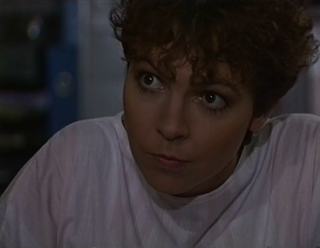 The curious brand of humour is incredibly British and one of the sharpest areas of the play. The surreal nature of the comedy is apparent from the off when we discover that Banks' exceptionally lengthy middle names all stem from the Leicester City team which featured in the 1961 FA Cup final. And we then discover that Penelope's equally lengthy middle names are a homage to the Tottenham Hotspur 1961 FA Cup final winning team.

The Earl, though, is the absolute comedy star whenever he's on screen. Upon meeting Banks for the first time - posing as Penelope's fiance and dressed up as a punk - the Earl is nonplussed by Banks' monosyllabic grunts and glass smashing abandon, he's just glad that Banks isn't black. However, the Earl is absolutely outraged to discover the ignominious truth that Banks is a Leicester City fan. 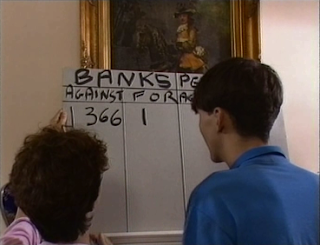 Plotwise, Keeping Score is very much a one-of-a-kind narrative which makes for an absorbing watch, but, at the same time, it feels rather ridiculous and the ease with which The Dread Brigade advance onwards lacks credibility. What's particularly interesting is the relationships of the three protagonists, despite appearing to work closely together, they feel very detached and incapable of forming any sort of real connection with each other. It's not quite absurdist theatre, but there's a hint of Harold Pinter about these characters. 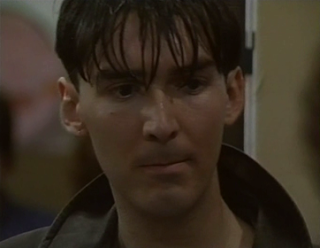 Keeping Score is certainly original and I enjoyed large sections of it, but there's a lack of cohesion at times. This makes for a disjointed watch and the drama and comedy also fail to gel in a satisfactory manner. Accordingly, the denouement of the play struggles to satisfy as we're left with a selection of characters who fall short in terms of a captivating narrative. However, it's a real oddity of British TV and offers an engaging look at individuals and their unique approaches to vengeance with a little bit of class warfare thrown in for good measure.
Posted by Telly Viewer at 2/05/2017
Email ThisBlogThis!Share to TwitterShare to FacebookShare to Pinterest