How to Get Hold of Rare Retro TV Shows 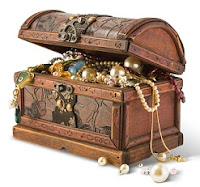 The world's a beautiful old place, but it's missing something and that something is comprised of about a million and ten rare retro tv shows we wanna lay our peepers on.

You see, when we started this blog we spent most of our time trudging through the streets bemoaning the lack of availability of those rare old TV shows we craved so badly. Sure, we could head to YouTube to get a quick fix of retro TV shows, but what happened if YouTube provided no search results?

And we're probably not the only sorts to have found themselves so detached from their life's passion, so, being the charitable, generous organisation that we are, we're going to point you in the right directions for getting hold of those rare TV shows.

Start a Blog about Retro TV 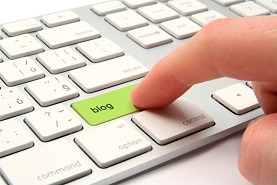 Yes, we wholeheartedly endorse the activity of starting a blog about retro TV. It's provided us with a particularly indulgent outlet where we can grip those curious gems of British television and hold them up to the light for some right intense scrutinisation.

But not only does it keep us busy in that respect, it also marks us out as an UTTER FAN of retro TV. And people recognise that, they see us as a trustworthy beacon in amongst the obscene salaciousness of the whole retro TV world where lives are lost and reputations sullied on an almost daily basis.

So, if we've written about a particular show, it's not uncommon for people to get in touch with even more information to add to our swelling dossier on RGB tellywaves. Once in a while it's even culminated in us being sent copies of rare TV shows which are impossible to get hold of out in the ether.

AND WE'RE INCREDIBLY GRATEFUL TO YOU KIND OLD SOULS! 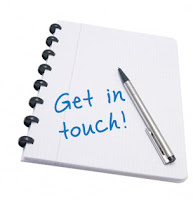 ITV have got the right idea when it comes to their back catalogue. They'll quite happily do copies of shows from their archive as long as there's no legal wranglings involved. And they're the only channel who'll do this. The BBC will provide copies of shows, but only if you can prove you were involved with said shows.

And we've never been involved with a single BBC show, although we hold out hope that one day the call will come in for us to pitch up in Albert Square as some roguish TV historian, so that route's knackered for us and most of you lot too.

So, yeah, ITV is an option if there's some rare Granada show you want to get hold of, but...

IT'S NOT CHEAP, DEARS!

For example, we recently contacted ITV to see how much it would cost for episodes of Jackson Pace: The Great Years. ITV came back to us after a couple of weeks (it was a busy time apparently) and said they could undoubtedly satisfy our desire, but it was going to be £75 for an episode or £120 for two.

Now, we were certainly tempted and it's not an earth shattering outlay in certain contexts, but for a TV show we can't justify it. Not until our finances take a dramatic upward turn anyway.

If you've searched the known kingdom, though, and you're willing to kill a man to get your mitts on a copy of an ITV show, though, it remains a viable option. 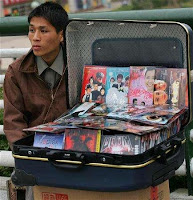 The simplest way to get started in searching for some right dusty old TV shows is by heading to Google and typing in "Rare TV on DVD" to bring up a veritable bounty of extraordinary and unusual shows to tickle your tv tastebuds.

We've certainly spent plenty of our hard earned pennies on these sites and they're not unreasonably priced. We'd say, for example, that for a 6 part comedy series you should be looking to pay between £5 - £10. When you think about the cost of blank DVDs, the relative ease in copying and postage rates it seems a fair price.

There are, unfortunately, as with all industries, certain individuals out there who want to fund some type of luxury lifestyle through these obscure shows by charging obscene amounts. But you'll soon work out who's a diamond and who's a shyster.

And if the show you want isn't listed then try emailing the owner of that site direct. They often have certain shows (usually incredibly rare ones) kept 'under the counter' that they're willing to sell or trade if you send a nice email.

Get Yourself down the BFI Archive Sharpish 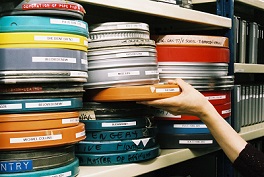 If there's one factor that's proved invaluable for us in terms of analysing the rarities of British TV then it's the absolutely sterling services offered by the BFI Archive.

Located in West London, just off Tottenham Court Road is the BFI Archive which offers crucial screening services for the curious amongst us. They won't hold anything like missing Doctor Who episodes, but they do have access to a humungous range of videos, DVDs and filmreels for you to pore over. And all for a relatively small price.

All you have to do is head to their collections catalogue to see if they hold the materials you're after and then contact their team to book in.

Searching their catalogue can be quite a frustrating affair as it don't like spelling mistakes and don't give no context to any words which are out of place. However, if something ain't coming up in their catalogue then just try contacting their team to bellow "HAVE YOU GOT IT?!".

Hopefully, with these resources at your disposal, you should be able to find that rare TV show you've been pulling your hair out over. If you need a helping hand then just give us a tinkle and we'll see how we can help.
Posted by Telly Viewer at 7/01/2015
Email ThisBlogThis!Share to TwitterShare to FacebookShare to Pinterest