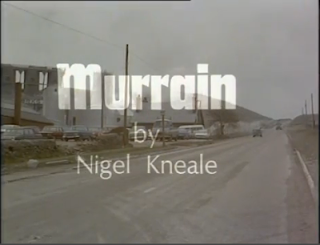 "Behold, the hand of the Lord is upon thy cattle which is in the field, upon the horses, upon the asses, upon the camels, upon the oxen, and upon the sheep: there shall be a very grievous murrain." - Exodus 9:3

Could it be possible that the Lord himself is behind such recent livestock chaos such as foot and mouth or swine flu? May these catastrophes, in fact, be caused by the evolution and spread of viruses due to man's desire to travel large distances? Whilst we're at it, let's throw an alternative, crazy angle in there and hypothesise that it may be down to good, old fashioned British witchcraft a la Murrain!

Murrain tells the tale of a farming community led by Farmer Beeley (Bernard Lee aka 'M' from James Bond) in the throes of a supposed murrain caused by local loner - and suspected witch - Mrs Clemson (Una Brandon Jones). 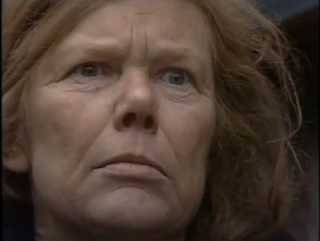 The villagers fear of nature's dark, powerful forces are challenged by the science and reason of Alan Crich (David Simeon) - veterinarian officer who is both wonderfully coiffured and bespectacled.

Crich's science is struggling to identify the mysterious illness affecting the village pigs and inhabitants, so their imagination has run wild and they begin to seek answers in the realm of folklore. Admirably, in the face of a baying crowd, Crich stands his ground and calls for calm, but as the story unfolds, even he begins to have doubts. 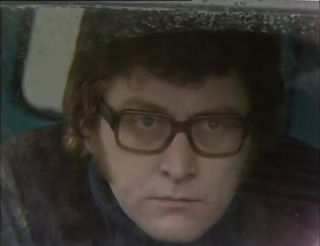 Part of the Against the Crowd anthology, Murrain was a one-off play from 1975 produced by ATV as part of ITV's programming. Penning the play was esteemed British screenwriter, Nigel Kneale - best known for creating the Quatermass franchise. 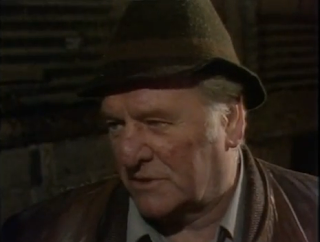 The powers that be were suitably impressed with Kneale's effort and the following year he was rewarded with a six episode series of original stories under the Beasts banner. Murrain retains a cult following in the UK - particularly amongst horror fans - and is available as an extra on the Beasts DVD.

Casting a Spell over Us

Curious British Telly was in the mood for something a bit different and settled upon giving Murrain the once over.

We're big fans of the TV play here and mourn its loss as a British TV staple - in fact, in this age of disposable culture, we're surprised they haven't made a comeback. You don't have to invest too much effort into the characters. Just 60 minutes worth and then you can get back to playing Angry Birds.

Having never seen any Quatermass, we were also intrigued to see Nigel Kneale's abilities as a writer.

The first thing to strike us was the atmosphere created by director, John Cooper. Colours are kept dark and plain, keeping any sense of warmth and comfort far away, but this may just be in keeping with the fact it was filmed in Derbyshire (Wildboarclough to be precise). Just joking, Derbyshirarians, we loves you really!

And there's virtually no background noise at all which helps build a tense atmosphere. The village has a claustrophobic feel to it, but whether this was down to budgetary reasons or a deliberate attempt to create a claustrophobic environment, we can't be sure. Either way, it feels like there's no way out for the villagers or Mrs Clemson. 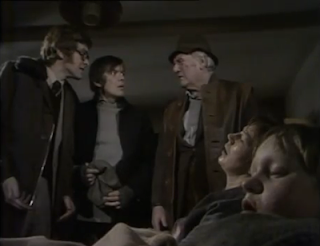 The village - despite having modern amenities - still feels like a throwback to a bygone era and this is matched in the beliefs of its inhabitants. We have to admit, their suspicions and actions are so ludicrous, that we had to laugh out loud a few times.

We wouldn't be surprised to find out that Murrain had some type of influence on The League of Gentlemen as it is, at times, grotesque and ridiculous.

The story gets off to a slowish start, but once Crich and Beeley's different worldviews come to the fore, things begin to pick up. Kneale's writing - particularly his dialogue - really begins to shine with the introduction of Mrs Clemson.

A frighteningly good character, Mrs Clemson inhabits a world even more forgotten than the rest of the village. The lack of anything remotely modern in her hovel of a home highlights just how isolated she has become. At first, though, there's sympathy for her as a victim of Beeley's rabid imagination.

However, once Crich scratches at her surface, her tortured soul is released and even Crich's immaculate hair becomes a bit ruffled. Una Brandon Jones delivers a spine tingling rant about missing out on motherhood which reveals Mrs Clemson's delicate mental state. It's a shame that, despite having a long acting career, she never really rose above minor roles.

The play finishes on an ambiguous note which leaves both Crich and the viewer beginning to doubt accepted science, but also praying it will come up with an answer. It's a nice touch rather than finishing on Mrs Clemson taking to a broomstick and flying into the night sky.

Our only real criticism is that it feels rather short - another half hour could have given a bit more depth to the characters and a few more plot twists. It may not hit the heights of, say, The Wicker Man, but it's got enough psychological clout to devote putting an hour aside one night to watch.
Posted by Telly Viewer at 3/08/2013
Email ThisBlogThis!Share to TwitterShare to FacebookShare to Pinterest