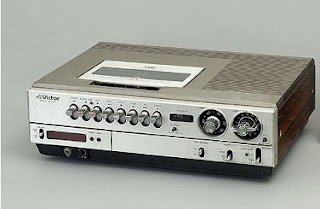 A few weeks back, I reported on the haul of VHS tapes I had recently picked up and, since then, I've been slowly going through them when I've had half a chance. As expected, there's been an awful load of codswallop to wade through and, believe me Auntie's Bloomers doesn't get any funnier with age.

However, in amongst this mediocrity, there have been a few gems which are worth revisiting. They're not ridiculously old although they are between 20 - 25 years old which, rather disturbingly, is actually a bloody long time ago. Anyway, here they are:


I've sat through countless adverts whilst sorting through the tapes, but one from 1991 caught my eye as it featured the late, great Norman Wisdom advertising Mayland Maxis cookies.


Comedy was always at the heart of Fantasy Football League and this promo for the second series in 1995 shows Baddiel and Skinner taking on the inimitable guises of Saint and Greavsie. I tweeted the clip to Baddiel and all he could say was "Blimey!"

Now this is a real oddity and the sort of thing that I get up for in the morning. Starring Morwenna Banks, Robert Harley and Chris England, The Preventers was a one-off comedy which relentlessly spoofed British spy thrillers from the 1960s and 70s. It's quite, quite hilarious and incredibly unknown - you need this in your life.

Hopefully there's still plenty more to find, so keep your eyes peeled for more updates. Other tidbits and oddities can be found over on my YouTube page, so make sure you saunter over there at some point too.
Posted by Telly Viewer at 2/27/2017
Email ThisBlogThis!Share to TwitterShare to FacebookShare to Pinterest