Brian Hall - Much More Than a Chef 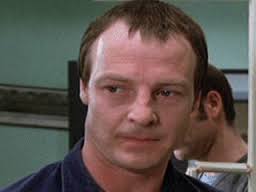 It's always difficult for an actor to step out from the shadows of a universally successful TV show and have their career appreciated as a whole rather than condensed down to one specific role. It's understandable, of course, as memory space is a valuable commodity for us humans, so we only store the essential, memorable details.

However, it's a real shame to define an actor by that one standout role they landed. Everything that came before and after this career highpoint is just as valid when analysing their worth as an actor. And, sometimes, you'll find some hidden gems in amongst their acting CV.

Brian Hall, best known by everyone as Terry the chef from Fawlty Towers, is a great example of this blinkered overview of an actor's career, so I decided it was high time I paid tribute to his undeniable talent and maybe reactivated a few dusty synapses up in your old brainbox.

The Beginnings of Hall

Born in Brighton during 1937, Hall started acting in his teens in a number of amateur stage productions, but there was no sign he was destined to find success as an actor. As a result, he soon found himself far from treading the boards in Macbeth and, instead, was pootling round London as a taxi driver.

However, fortune was on Hall's side and he was soon convinced by agent Richard Ireson that it was time to give the old acting game a serious go. Roles quickly followed in several productions performed at The Royal Court, London and the National Theatre before the world of television came calling. 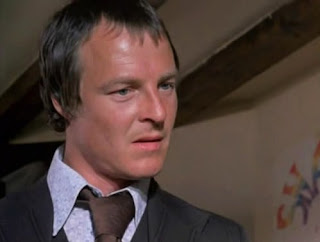 His first prominent role was in the Z-Cars spinoff Softly Softly: Taskforce (confusingly, this itself was a spinoff from Softly Softly which was the true spinoff of Z-Cars) as PC Drake in 16 episodes between 1971 - 72. Very much a character actor, and having been raised in the East End, Hall was a go to choice for Cockney characters and proceeded to appear in shows such as The Sweeney, New Scotland Yard and Out (where he played a taxi driver).

By the late 1970s, though, Hall had still not put his stamp on a particular role that he could call his own, but this was soon to change following a phonecall from Douglas Argent, a BBC producer.

The first series of Fawlty Towers had aired in 1975 and the only sight of an in house chef was in the episode 'Gourmet Night' where the Greek alcoholic homosexual (perhaps the best type of Greek) had contributed to Basil Fawlty's disastrous attempts to better himself. 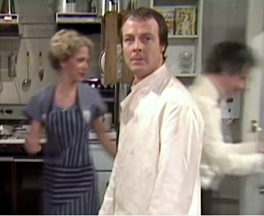 For the second series in 1979, however, John Cleese was looking for a more regular resident chef. And, much to Hall's delight, the character known as Terry would be appearing in all six episodes. Although far removed from the ne'er do wells and heavy handed characters he'd previously played, the generally cheerful Terry was still described to Hall by Cleese as being in a position where "The police are after him".

Terry became an integral part of Fawlty Towers and his laid back geezer charms ensured that he became an essential part of the show's legacy. Cleese and Connie Booth curtailed Fawlty Towers after the second series, so Hall had to hang up his chef's hat and look out for other roles. Luckily, there were further highlights to come.

Hall was soon back in the role of an East End criminal when, in 1980, he appeared as the lively prisoner Terry Stokes in 1980 British drama film McVicar which starred Roger Daltry in the titular role. It was in 1981, though, that he dug down deep into his thespian smarts and gave his finest performance as Eddie Green in BBC1 children's drama Break in the Sun. 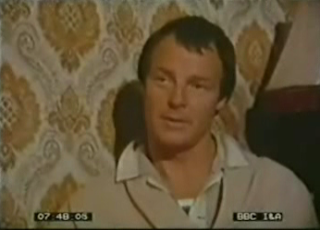 Playing the abusive stepfather of Patsy Bligh, Break in the Sun found Brian tapping deep down into the frustrations of a man still struggling to come to terms with his own violent childhood. You start off wanting to knock Eddie out, but by the end of the serial you want to spend more time with the fellow and this is all thanks to Hall's multilayered performance. It's a wonderfully written role - originally from the pen of Bernard Ashley - and the journey to redemption that Eddie goes on fits Hall's talents like a glove.

The one off character roles continued, but Hall was now able to secure roles in much more popular shows than previously and he was spotted in Terry and June, Minder and Bergerac. A more permanent role was to follow in the Jim Davidson vehicle Up the Elephant and Round the Castle where Hall would play chirpy barman Brian in 13 episodes. 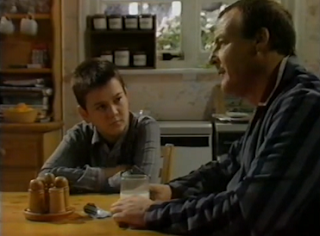 Hall's final recurring role was as Mr Webb in the BBC1 children's shows Alfonso Bonzo and its followup Billy Webb's Amazing Story where his amiable charms were again deployed to craft a likeable, everyman character. After this a handful of small roles followed in The Upper Hand, Birds of a Feather and Law and Disorder before tragedy struck.

Hall was diagnosed with kidney cancer in 1994 and thought he had beaten the disease until 1996 when it reappeared and began to spread. Determined to battle the cancer, Hall remarked that "One thing's for sure. To me, cancer is a bully - and I hate bullies. The only rows and upsets I've had in life have been about bullying, and this old boy cancer will get as much change out of me as all the other bullies did - nothing! So here I am, at the sharp end of HMS Defiant, having a row with him with all the skill and experience of the Royal Marsden helping me.

Sadly, Hall lost his battle with cancer in 1997, but, as we've seen, there's plenty to remember him by. And, as a footnote to this article, here's a Toby Bitter advert I managed to find which features him at his best.

Posted by Telly Viewer at 7/16/2016
Email ThisBlogThis!Share to TwitterShare to FacebookShare to Pinterest