Science is a wondrous branch of learning that allows mankind to not only make great leaps forward, but also understand how it's dragged itself to this juncture as well. Problem is, though, that science can be a complicated old affair. For example, just look at this:

What does it even mean?! Well, it's actually an equation which explains why cats always land on their feet (probably), but the average man on the street would struggle to get past the first symbol without gnashing their teeth in frustration.

However, the magic of television means that education can be reduced down to its basics and explained in digestible chunks, so there's still hope for us intellectually challenged herberts to join in with the grand old science party.


This is fantastic news, but what's even better is when this genre of television gets flipped turned upside down by two future GREATS of British comedy. And, to understand just what this looks like, we need to look through The Crystal Cube.

The Crystal Cube is a spoof of popular science shows such as Tomorrow's World which promise to bring the world of science to a wider audience. Presented by Jackie Meld (Emma Thompson), the series would look at scientific issues of the day. 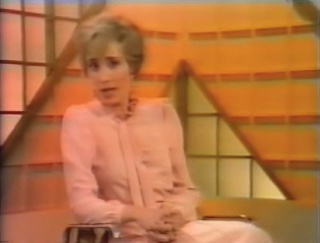 For example, the pilot episode of The Crystal Cube takes genetics as its focal point with help from guest scientists Dr Adrian Cowlacey (Stephen Fry) from St Thomas' Hospital and Max Belhaven (Hugh Laurie) from the Bastard Institute, California. 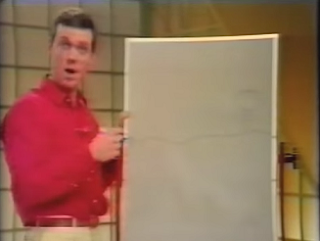 In order to give the viewers a taste of just what genetic engineering could manage, Cowlacey and Belhaven have procured the first genetically engineered human Gamma 0001 (Arthur Bostrum) or, as the guys down the lab called him, Gareth. And, to highlight the benefits of meddling with genetics, Gareth is pitted against a 'normal' human in the form of Mike Liam (Paul Shearer) in a series of mundane tasks. 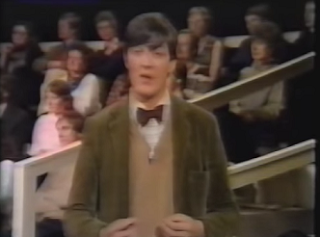 And it's not just the scientific bods who will be opining about the scientific matters of the day. The Very Reverend Previous Lockhort (John Savident) brings the voice of religion to the show whilst Martin Bealey (Robbie Coltrane) provides a vehemently paranoid anti-communist agenda.

Following Fry and Laurie's introduction to the viewing public in ITV's 1983 sketch show Alfresco, a certain buzz had begun to surround this pair of ex-Cambridge chaps. And the BBC were willing to take a punt on the power of their rapidly burgeoning double act, so, after a meeting with Jim Moir - head of light entertainment - Fry and Laurie were offered a pilot episode. 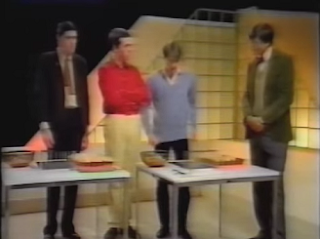 Their first full length piece of writing together, Fry and Laurie felt that there was a rich seam of comedy to mine in the world of somewhat serious science programmes and were enthused that nothing of the sort had previously been attempted. They were also lucky in that they had a fantastic pool of friends made up from Footlights alumni and Alfresco co-stars to complete the cast.


Directing The Crystal Cube was John Kilby who had previously directed It Ain't Half Hot, Mum and Are You Being Served, so it's not ludicrous to suggest that he had a decent insight into what makes for a bit of funny on camera. Later on, Kilby would direct Hi-de-Hi, Smith & Jones and KYTV. 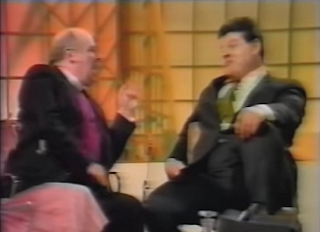 Despite all this up and coming talent being on board, The Crystal Cube never managed to shuffle past the pilot stage. Hugh Laurie claims that the BBC hated it and, indeed, there were rumblings that the mere concept of the show had led to widespread headshaking in the Beeb's upper echelons. Nonetheless, a few years later, Fry and Laurie were offered another chance at a pilot for a little show called A Bit of Fry and Laurie.

I love Fry and Laurie, absolutely love those guys. With their mixture of intellectual smarts and outrageous silliness, they're the perfect distillation of a particularly ancient strand of British comedy known as Oxbridge. And that's why, along with the presence of the outstanding supporting cast, I just had to poke my nose into The Crystal Cube.

Although The Crystal Cube hasn't been aired in over 30 years, it's readily available online through YouTube or even the occasional torrent sharing site, so there's no need to carry out an armed assault on the BBC's archives to get a taste of the show. 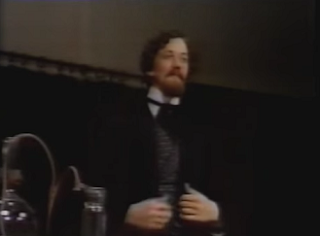 With Fry and Laurie creating the show and being the centre of attention, it would be foolish to start anywhere else but with them. And, crikey, it's almost as if they've been peddling their comedy wares on TV for years. Absolutely everything that would define them in A Bit of Fry and Laurie is nearly fully formed in The Crystal Cube.

Therefore, you know what to expect, so, as you can imagine, they manage to pierce through the show's po-faced scientific foundation with arch nonsense of the highest order. Opening up The Crystal Cube with a sketch that sees the bible being constantly mispronounced as "the bibble" and love being pronounced "loave", it also manages to bundle in a kiss between Fry and Laurie which leaves poor Laurie plucking beard hairs from his mouth.

And their surreal, somewhat anarchic writing style allows them free rein to deliver some healthy doses of physical violence, write a line for Reverend Previous Lockhort which leaves him claiming that he'll "leave ethics to the experts" and, finally, a farcical end to the show where Gareth goes on the rampage and attempts to kidnap Jackie Meld. 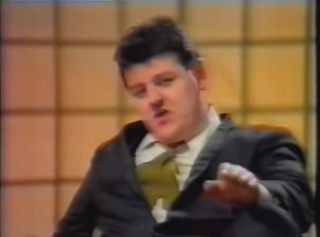 The scripts, of course, whilst packed full of these comedic gems are also given a boost by the exciting talent gibber gabbering the dialogue out. Everyone involved would go on to star in solid gold British TV institutions such as Blackadder, Cracker, The Fast Show and The Young Ones, so, yeah, there's a legacy and three quarters attached to the actors on board.

Surely, then, it must be one of the finest comedy shows ever? Well, no, not quite. Although I don't hate and loathe it like the BBC did, it's far from perfect despite the moments of comic joy and superlative performances. In amongst the genuine belly laughs, there are long stretches of comedic desolation such as the far too long sketch looking at Wode (the organist at the christening of genetics).

And there's also the matter of bringing the non-scientific viewpoints into the heart of The Crystal Cube. Okay, it's a great excuse for a little bit of whimsy and, yeah, it's great to see Coltrane and Savident flexing their comedy muscles, but it feels too jarring with the overriding science theme. As a result, I found myself, at times, wondering whether I was watching a spoof of science shows or a spoof of debate shows.

Although the show certainly needs a bit more variety, I think this could have been realised by employing a few more relevant sketches. The Wode one has good intentions, but has more of a historical feel than anything related to science and, therefore, has that air of being crowbarred in. However, it contains a couple of childishly gleeful smut based jokes, so can't be entirely discounted.

So, yeah, there's plenty of beginners mistakes littered throughout, but it's far from being a televisual landfill site. Indeed, there are some fantastically funny moments, but the BBC obviously felt this was one folly too far, so we'll never learn whether Jackie Meld survived the firm grip of Gareth's arms.

With hindsight, which is a valuable commodity in television, The Crystal Cube presents itself as a smorgasbord of comedic talent chomping at the bit and ready to dominate the comedy landscape.
Way back in 1983, of course, the viewing public no doubt thought "Yeah, a few funny bits, but a bit boring, weren't it, Mavis? When's Hi-de-Hi on?".

Given time, though, Fry, Laurie et al would slowly climb the ladder to success and hit a number of incredibly remarkable highs. And, when this happened, the public were simply unable to ignore their brilliance and, instead, held them close to their hearts and transformed them into legends.
Posted by Telly Viewer at 7/05/2016
Email ThisBlogThis!Share to TwitterShare to FacebookShare to Pinterest