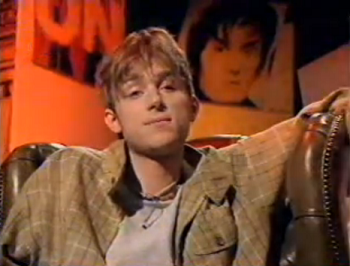 Ah, Britpop! Now there was a musical movement that the whole country could get behind!

With a confident, chirpy spring in its step it celebrated British life and took its cue from a rich legacy of British bands stretching from The Kinks to Wire to The Smiths.

Sure, it was jingoistic and never really consumed the world like we thought it would, but at the time it seemed anything was possible. Especially if you had a retro tracksuit top and hung about in The Good Mixer.

At the height of Britpop, in August 1995, the two biggest bands in the country - Oasis and Blur - went head to head in the battle of Britpop for the number 1 single. Blur prevailed with Country House outselling Roll With It, but you may have forgotten that week also saw the cream of the Britpop bands convening for Britpop Now.

Britpop Now featured some of the biggest hitters of the Britpop pack showcasing their catchy melodies - whilst clad in their finest Britpop fashion - to the nation. 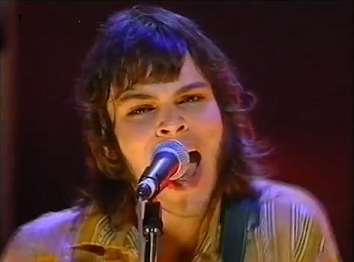 Linking the compilation of performances together was the arch prince of Britpop himself, Damon Albarn.

Curiously, Oasis did not appear in amongst this plethora of classic Britpop songs.

Only one 45 minute episode of Britpop Now was ever recorded. The show went out at 6.45pm on BBC2 on 16th August 1995, just two days after the release of Country House. 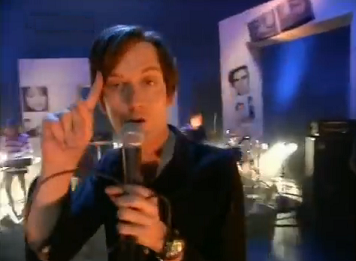 Directing the action was Geraldine Dowd who has directed all manner of entertainment shows such as Mock the Week, The Graham Norton Show and Saturday Kitchen to name but a few.

It took 10 years for Britpop Now to earn a repeat viewing when it aired as part of the Britpop night on BBC4. A further repeat on BBC4 followed in 2007.

All the performances (and a few of Damon's intros) are spread across YouTube and DailyMotion.

Britpop kind of passed us by at the time. We liked Blur, but we weren't huge music fans at the time. In fact, the only piece of music we bought in 1995 was the Zig and Zag single 'Hands Up! Hands Up'. And yes we are ashamed of that. 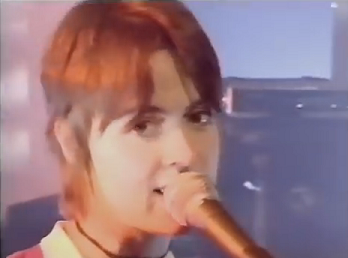 Our musical tastes rapidly picked up, though, as did the sprouting of new hairs and, albeit a few years late, we finally got Britpop. We didn't have much choice really - can you remember how bad a year for music 1998 was?!

We'd often read about Britpop Now and, buoyed by the upcoming release of Blur's comeback album 'The Magic Whip', we decided it was time to see what it was like. 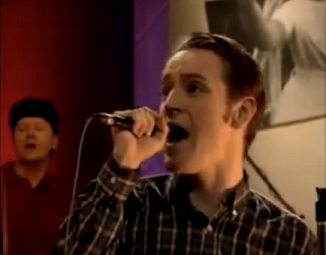 Seeing the likes of Justine, Damon, Jarvis and the sideburns of Danny from Supergrass strutting around packed full of potential put a huge smile on our face. And didn't they look so young!

Rather depressingly we also realised that this was 20 years ago.

The actual songs on offer are a mixed bunch. Some are true Britpop anthems such as Common People by Pulp which is spine-tinglingly good here, but others such as Powder's 'Afrodisiac' show that it didn't take too much to get a record contract at the time.

And what's PJ Harvey doing there? She can hardly be classed as Britpop, can she?! 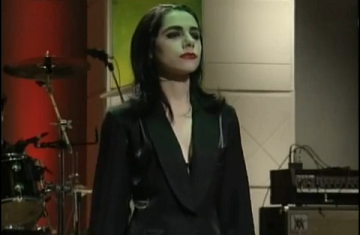 Damon - wearing a terrible 90s coat - isn't a natural presenter despite his drama background and seems a little too nonchalant. Still, you couldn't really have had anyone else presenting it. Well, maybe Suggs, but Damon is good enough.

It's a shame Oasis weren't there as they were a seminal band of the time, but they were never keen on the Britpop tag, so it's not a surprise.

Britpop Now is a great little snapshot of what was going on during British music in the mid 90s.

Why it was a one-off, though, is a bit of a mystery. It would have certainly offered an intriguing alternative to Top of the Pops. Actually, with it's slightly more highbrow range of music, it could have acted as Britpop's answer to The Old Grey Whistle Test. 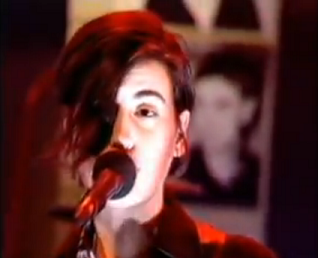 If it had gone to series then it would definitely have needed something extra to give it a little spark. A live audience and some band interviews would have helped as it feels too formal here and not in keeping with the vibrant edge of Britpop.

If you lived through 90s Britpop, though, and want a healthy dose of nostalgia it's the perfect remedy.
Posted by Telly Viewer at 4/25/2015
Email ThisBlogThis!Share to TwitterShare to FacebookShare to Pinterest