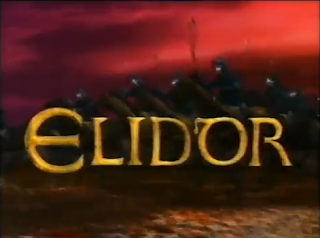 Many moons ago, we were in the grounds of our local church collecting conkers from their Horse Chestnut trees. One of our friends suddenly called for silence and we stopped throwing sticks up at the branches. There was the faint sound of music coming from the church. Eerily, this was not during Sunday Mass and the church doors were firmly shut. The music soon stopped and we returned to the more pressing task of stockpiling conkers. Perhaps we were imagining things. Perhaps there was a perfectly reasonable explanation. Or maybe, a world in distress was calling to us as in Elidor. 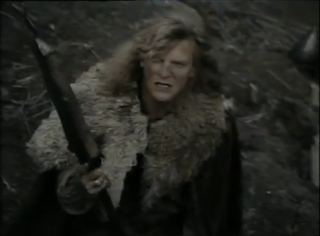 Whilst their parents prepare for their upcoming move, Roland (Damian Zuk), Helen (Suzanne Crowshaw), David (Alexander Trippier) and Nick (Gavin J Morris) take a trip into Manchester. After visiting a mysterious video games store, they wander through some desolate streets and discover an abandoned church. All the while, Roland has been catching glimpses of a mysterious monk. Venturing into the church, to retrieve a lost football, Roland's siblings disappear into thin air. Whilst searching for them, Roland comes face to face with Malebron (Stevan Rimkus) - exiled king of Elidor masquerading as a violin playing monk. Taking him back to the monochrome landscapes of Elidor, Malebron reunites the children. He tasks them with fulfilling a prophecy that they will bring light to Elidor. This involves them protecting the treasures of Elidor from the evil forces trying to extinguish Elidor. These evil forces are represented by the curiously named couple Lead Warrior (Renny Krupinski) and Sniffer (Abi Eniola). Malebron sends the children back to their own land, but the evil forces are intent on retrieving the treasures and give chase. 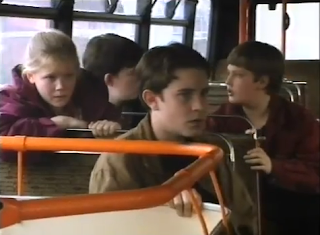 Elidor was a 6 episode series produced by Screen First for BBC1 and made up part of the 1995 Winter schedule for CBBC. The series was based upon the 1965 novel 'Elidor' written by Alan Garner and was adapted for TV by Don Webb and directed by John Reardon. Composing the orchestral soundtrack was perennial Curious British Telly favourite, Ilona Sekacz. This was not the first adaptation of Elidor for the small screen as Jackanory was first to have a stab in 1968, but was purely a narrative affair. The possibility of filming the series had been proposed previously, but apparently the limits of special effects put paid to this until the 90s. Elidor is fairly unique - for it's time - in it's use of CGI mixed in with the live action, although it is used sparingly. 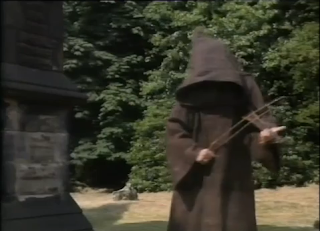 We vaguely recall Elidor from our youth, but truth be told, we kept getting it mixed up with Earthfasts. No footage of Elidor was available online, so we had resigned ourselves to the fact that we were going to have to shell out a tenner - yes, a WHOLE ten pounds - on a black market DVD of the series. Luckily, the whole series has recently been uploaded to YouTube which meant we could afford that haircut we were in dire need of. 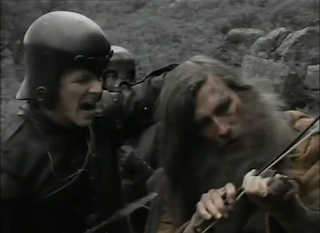 Elidor starts off promisingly with the typical mystery and intrigue that children's telefantasy throws up. It's an oft used idea to have children charged with saving some otherworldly kingdom, but frankly you've got to get the kids involved, so we'll ignore that. The early scene's with Malebron hint that there will be a mammoth struggle in saving the day, so we began to get excited. Before we knew it, we were meeting the enigmatic owner of the creepy video games store. Our heart began to soar at this point. We were in for a treat. And that was before we realised the mysterious mask outside the store had a passing resemblance to Sutekh in Pyramids of Mars. 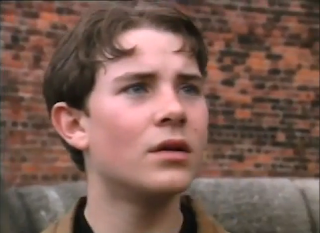 Then we meet Lead Warrior and Sniffer and the wheels begin to come off. Disappointingly, they  barely say a word throughout the entire series. Most of their dialogue involves snarls and, predictably, sniffing. There's very little background on them or the forces destroying Elidor and the scenes set there are vague. The pacing of the plot is very frustrating too. The children get back to Earth and there's a couple of episodes where virtually nothing happens. There were moments where it looked as though Lead Warrior and Sniffer were about to break through from Elidor, but then they bugger off back there. We actually fell asleep during episode four as it was dragging so much, so we were rather irritated at having to go back and rewatch it. Action wise, things finally begin to pick up in episode six, but it's too late by then. Six episodes was definitely too long for the series. Earthfast, which had gone out in the same slot a year previously, settled at five episodes and this would have suited Elidor much better. 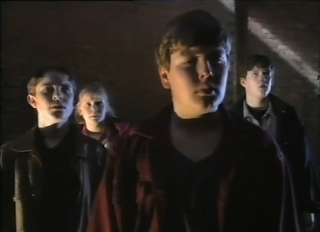 Another issue that bugged was the amount of plot beats which are never resolved or explained. The video games shop feels like a plot strand which was cut very early on - the kids go in and buy a game before the owner waffles some nonsense at them. He never reappears and his words have no resonance throughout the series. The lady who instructs Malebron to search out the children is never explained and promptly disappears. Talking of Malebron, why and how does he manage to drown himself in the sea before being resurrected? It just boggles the mind what the producer and script editors were drinking. Judging by the haphazard storyline, we reckon it was pints of Creosote. Finally, Findhorn the unicorn must be killed by Roland at the end, but why? So it can sing it's dying song? That's a pretty cruel way to insist a kingdom is restored if you ask us.

The acting is of the typically poor standard on show in most British children's programming. Out of the kids, Damian Zuk is the only one who stands out, but even he only managed a few more years in the acting world. He never managed to make his way to Coronation Street where we feel he could have played a good meaning paperboy at The Kabin. To be fair on the kids, apart from Roland, the quality of the dialogue they're given is abysmal, so we doubt anyone could squeeze much out of it. Stevan Rimkus isn't too bad and perhaps our favourite performance of the series along with David Beckett as Frank Watson the father. Overall, though, the acting falls short. The casting director was Nic Horsey who appears to have had a fairly short career in this role and we thank the Lord he moved on to pastures new. There are, however, two notable debut performances in Elidor. Ralf Little pops up as a morris dancer's son and Suzanne Crowshaw went on to become Suzanne Shaw in Popstars disaster Hear'Say. 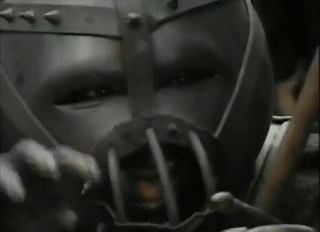 As ever, there are some aspects of Elidor we liked. There's a scene in episode 3 where all the household appliances come alive and everything goes a bit Poltergeist. Sadly, this chilling moment is rather deflated by the parent's suggesting everyone just go to bed. The music, as touched upon already, is magnificent stuff and Ilona Sekacz has, again, come up with a cracking soundtrack which encapsulates the mourning, tension and horror that the script fails to convey. Finally, we rather enjoyed all the dating references sprinkled throughout the show. Sonic the Hedgehog, Mortal Kombat, Our Price, Half Man Half Biscuit and "Oooh Ahhh! Cantona!" all get mentions and reminded us of a simpler time. There's even time for a quick bit of TV footage of one of our favourite footballers, Andrei Kanchelskis.

As I'm sure you can tell, Curious British Telly was not impressed with Elidor. There's potential for a great adaptation, but sadly the BBC have fallen flat on their face with this attempt. A couple of nice set pieces mingle with some nice production, but the pacing of the plot is its downfall. This coupled with the endless questions being raised results in nothing but a yawnfest. It's worth a watch if you remember it from your youth, but you'd be better off recapturing those days with a game of conkers.
Posted by Telly Viewer at 12/14/2013
Email ThisBlogThis!Share to TwitterShare to FacebookShare to Pinterest