We all like the good things in life, I mean, why else would we get up in the morning if there was nothing worth pursuing? And, whilst I haven't quite reached the echelons of old age yet, I'm pretty certain that even when I've retired I'll still hanker after good times albeit with a lengthy lay-in each morning. Sure, there's the ever constant worry of colostomy bags, severely rationed pensions and not having enough bread to feed the ducks, but by then I'll probably be Past Caring.

Living within a flatlet in a residential block for the retired, Victor is 67 years old and showing no signs of slowing up when it comes to enjoying the good life. And this is evidenced most explosively (literally) by his romantic dalliances with the wife of the block's warden. Unfortunately, their latest bout of nude fumblings interrupts Victor's careful watch over his homemade distillery and the block is soon engulfed in flames. 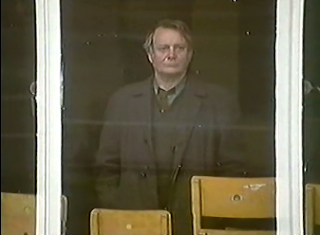 Whilst the flatlets are repaired - a lengthy process due to council cuts - Victor is temporarily transferred to Greenlawns, a residential home for the infirm and elderly. In charge of all the incontinence and senility at Greenlawns is Linda (Connie Booth) who takes a shine to Victor as he provides a more controlled dose of maturity compared to the other residents. And he certainly enjoys running his well honed game on her, but more of that later. 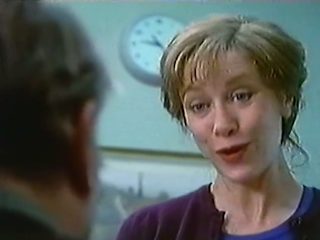 Also keen to make Victor's acquaintance is Edward (Emlyn Williams), an aging homosexual who was once a "damn pretty" valet and knew some beautiful boys way back when. Claiming that he's only hanging onto life to annoy Greenlawns, Victor recognises that the boozing and gambling Victor is a wrong'un and sets about establishing a friendship despite being rather miffed that Victor is now entering into a sexual relationship with Linda. 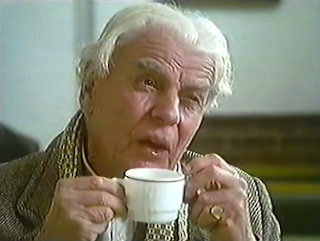 It's a relationship that Linda hints to Victor, early on during his stay at Greenlawns, should be nipped in the bud as becoming too involved with people at the home can lead to regrets. However, following a series of late night chats with a highly charming Victor, Linda is unable to resist his advances. Gradually, though, Victor's freewheeling approach to life becomes too apparent and, after falling asleep during coitus, Linda discovers that he was never serious about her.

Becoming yet another regret for Linda means that Victor's already numbered days at Greenlawns come to a swift conclusion and he leaves the home for pastures new.

Written and directed by Richard Eyre, Past Caring first aired in November 1986 in a Sunday 9.10pm slot on BBC1 with a couple of repeats following in 1989 and 1993 on BBC1 and BBC2 respectively. Richard Eyre, of course, is a director of some repute having taken the helm at a series of theatre, opera, television and film productions over the last 50 years and his expertise is clear to see with the highly cinematic sheen of Past Caring. With a whole host of camera shots and angles deployed throughout, Past Caring feels much more in touch with today's 'golden age of television'. 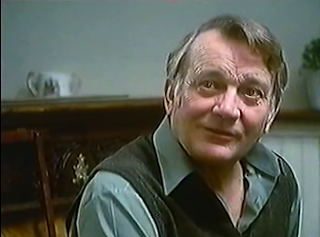 And such fine cinematography - impressive even when squeezed into a 4:3 frame - is backed by actors who do justice to Eyre's directorial talents. Denholm Elliot, lovely, lovely Denholm Elliot with a voice that's all Jon Pertwee but with, dare I say it, even more charm casts a charming spell throughout Past Caring and it's no surprise that both Linda and, to some degree, Edward fall for him. Connie Booth, forever Polly from Fawlty Towers, is a real revelation here and the sexual energy that she's shot through with delivers a highly naturalistic performance. Emlyn Williams, as Edward, cements the talent on offer with his highly entertaining turn which digs deep down into his acting experience, a journey which started in the early 1930s. Sadly, a year later, Williams had passed away. 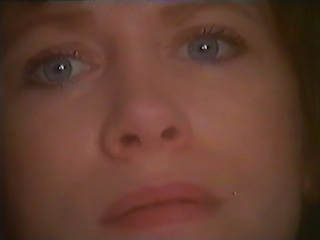 Putting three fantastic actors together doesn't always guarantee great chemistry, but thankfully it's somewhat of a no-brainer here. Victor and Edward paint a highly curious pairing both with their celebration of life's pleasures, but also their differing approaches to friendship - Edward seems desperate for some form of social connection (claiming he wants someone to say goodbye to), but Victor can't really see much point in friendships and jokingly quips that the only three friends he's ever had have committed suicide. At least I think it was a joke. I hope so.

Despite an age gap of over 20 years, Victor and Linda also make a highly convincing couple and the early sex scenes between the two feel overwhelmingly natural. Yes, some of this is due to the fantastic camerawork by Richard Eyre, but there's also a beautiful, early scene between the pair where Victor hints at the spark between them and leaves Linda almost blushing. It's a scene which captures Eyre's script at its best and allows me to neatly segue into a look at the narrative. 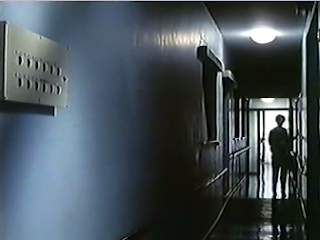 Adults behaving badly is a well worn trope, but Past Caring visits this territory with a script packed full of fantastic dialogue between the leads. The themes on offer don't, however, come through quite as clearly as they could though. Sure, there's an underlying sense of the elderly being just as badly behaved as in their youth - Victor recalls how he was constantly at it as a young man in train carriages - and still capable of embarking on disastrous relationships, but this merely leads to history repeating itself and the ending, which isn't entirely clear, is rather downbeat with no payoff aside from a feeling that we're all destined to stop caring.

It's a small criticism, but the more I think about it the more it renders my previous point redundant. Life can't always be a three act narrative where characters experience positive growth, so, yeah, the ending is highly reflective of life and keeps in line with the naturalistic air of Past Caring. Perhaps, then, the only mystery and disappointment of Past Caring is that we never learn too much about Stella (Joan Greenwood), a curious mute who follows Victor around Greenlawns with a melancholy sadness etched over her face. Did she once know Victor? The way he dismisses her wouldn't surprise me, but instead she's left hanging as a ghostly mystery. And, sadly, she too had died a year later.

An entertaining jaunt at just 77 minutes, Past Caring takes a close look at an age group not always well represented on television and provides plenty of reminders of the old school world of acting and writing. And that is truly one of the good things in life.
Posted by Telly Viewer at 10/28/2017
Email ThisBlogThis!Share to TwitterShare to FacebookShare to Pinterest