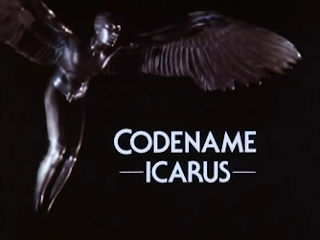 Science is a magnificent enterprise which has helped us develop new technologies, make exhilarating postulations about the universe and even clear up athlete's foot.

And we're all exposed to it at school for several long years - science that is, not athlete's foot - so we're more than capable of holding a little scientific wizardry in our brains, even if it is just how to work a bunsen burner. However, some of us - not us obviously - are right science whizz kids and are adept at working out fiendishly complicated science riddles to help advance mankind.

Are these advances always put to good use though? It's a highly complex question and certainly not one that can be answered in a retro TV blog, but we can take a look at a TV program which brought this question to the fore in Codename Icarus.

Martin Smith (Barry Angel) ain't the most popular of pupils at his secondary school due to his nonchalant approach to studying and, in particular, his maths teacher's fury. Martin's grades are hardly setting the world alight either, but then one day he decides to solve a perplexing equation with consummate ease after being challenged by his ranting maths teacher. 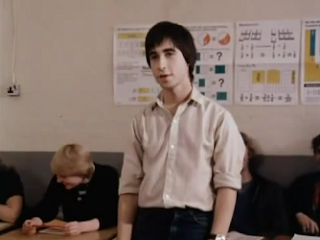 The school take this not as a sign that they have a brilliant thinker on their hands, but more that Martin's a bloody cheat, so they call in his parents to relay their utter disdain for Martin's attitude. However, old Martin is actually a child prodigy and spends his spare time working on a school computer solving exceedingly difficult equations set by some mystery taskmaster.

And this mystery taskmaster turns out to be John Doll (Philip Locke) who runs Farleigh School which specialises in nurturing child prodigies and preventing their talents from going to waste. With the rabid approval of Martin's family, young Martin soon finds himself enrolled at Farleigh School where he finds himself in the strange position of being in charge of his teachers due to his undeniable genius. 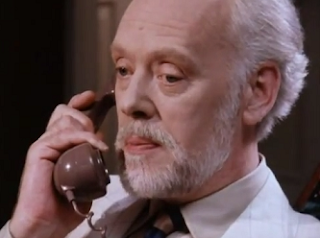 Things are looking pretty peachy for Martin, but there's a few things bugging him. The school is shrouded in mystery and he keeps getting hypnotised, drugged and put through the psychological washer by the staff and, in particular, his 'teacher' Peter Farley (Geoffrey Collins). And it all seems to be in order to isolate Martin from reality and twist his genius to their own nefarious needs.

Meanwhile, Andy Rutherford (Jack Galloway) is having a treacherous old time from his boss Sir Hugh Francis (Peter Cellier) as someone or something keeps blowing British test missiles out of the sky only seconds after being launched. It spells disaster for Blighty's defence and after Rutherford is unable to pinpoint who's behind it all he finds himself suspended. 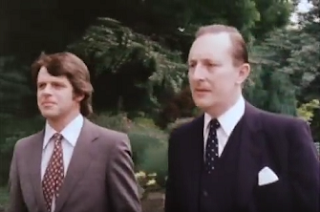 However, Rutherford, being of the espionage persuasion, ain't going to let it lie, so decides to go it alone and solve the mysterious goings on which are eating into him. And he's not on his own as he has a scientific expert and confidante in the form of ex-Farleigh pupil, Frank Broadhurst (Gorden Kaye) who certainly knows his onions when it comes to advanced laser techniques. 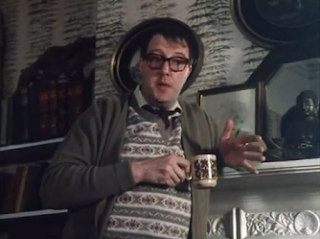 Will Rutherford discover what the devil's going on and stop Britain tumbling into a state of vulnerability? And who exactly is The Wanderer (John Malcolm) and what are his machiavellian plans? Only time will tell, but Rutherford needs to be careful as there are some very powerful forces at work.

The Inner Workings of Icarus

Codename Icarus may sound like a chivalrous wartime operation where kicking the Hun's posterior and un-annexing Poland is the order of the day, but it is in fact a TV programme with all types of productional facts attached to it.

The writer behind Codename Icarus was Richard Cooper who also wrote Quest of Eagles, Knights of God and Eye of the Storm. Cooper, of course, was so tickled pink with his scripts that he also novelised the serial which was published by the BBC/Knights Book in 1981. And a familiar, and favourite, name of Curious British Telly's, Marilyn Fox, took on the role of director. 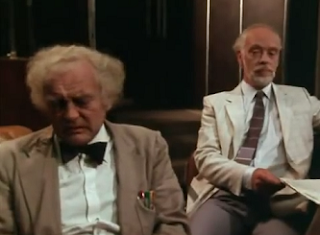 Curiously, the show also featured a scientific advisor in the credits and pertained to the enigmatic Professor John Taylor who no doubt had a brain the size of Saturn.

Codename Icarus first aired over a two week period in December 1981 with episodes airing on a Tuesday and Wednesday evening at 5.10pm on BBC1. A repeat of the serial followed in Spring 1984 and was the last transmission of the series. However, a compilation VHS was released by the BBC in 1985 and a region 1 DVD release eventually followed in 2006, but frustratingly a region 2 DVD release is yet to surface.

Luckily, the whole series is up on YouTube or available to download from a few torrent sites.

We were whiling away our life reading up on the life and times of Gorden Kaye when we came across a little snippet of information about one of his early roles. And, yes, that was his 1982 performance in the barely heard of sitcom Allo, Allo. No, don't be silly, it was of course his role in Codename Icarus. It sounded an intriguing concoction of tellywaves, so we just had to dive in head first.

And Codename Icarus is that rare children's TV show which manages to combine both intelligence and a sense of simplicity without alienating the audience. Kids, you see, just wanna be given respect and treated like they're adults, but at the same time still be allowed to mindlessly run round with their pants down. 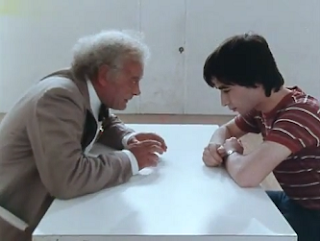 There's absolutely no condescending on show during Codename Icarus, but neither do they take the ruthlessly adult route of concentrating on weary political discussions which bore us to tears. And it demonstrates Richard Cooper's (and the BBC's) trust that the audience could engage with such a sophisticated serial which takes in cold war paranoia, child abuse and complex investigations into the concept of free will and choice.

It also helps the series cause that it's perfectly paced over 5 episodes. Many children's serials fall into the trap of being overlong with mind numbingly boring treks where nothing happens and we're left gasping in exasperation at the sense of tedium and bludgeoning repetition. Richard Cooper, however, manages to keep matters brisk and each episode unfolds in an advancing manner, but never once feels rushed. 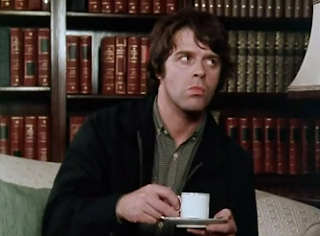 The characters, too, are equally well formed. Sure, Martin looks like he should be in some Yorkshire Britpop band, but he's layered with depth and his battle with his own genius makes for a captivating watch. John Doll, blimey, he ain't half sinister with his menacingly calm approach to exploiting young genius like some type of diamond mine owner. And Andy Rutherford brings a nice helping of espionage heroism to the table with a sense of determination whose teeth are so gritted he ought to see a dentist after Codename Icarus.

Sir Hugh Francis, we suppose, is a bit of a cliché of a posh espionage boss, but he's a good guy at heart and we found his constant referral to Frank Broadhurst as "the fat man" absolutely hilarious. Talking of Broadhurst, he, again, is well drawn, but we kind of felt as though we didn't get to see enough of him and exactly why he was rebelling against the beauty of his beloved science. A small quibble though as he still makes up a nice part of the jigsaw. 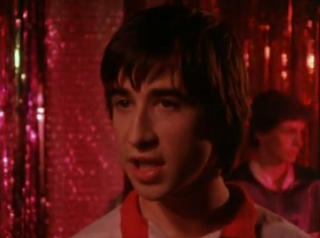 Acting's pretty damn professional too. We suppose Barry Angel ain't exactly on BAFTA award winning form, but let's be fair, it was one of his first roles, so we can't be too harsh on the old chap. Gorden Kaye is certainly less René Artois in this piece and more nuanced, but as we said earlier he doesn't get any truly huge scenes or amount of screentime which is a shame, but he'd certainly go on to make up for that in his career. Finally, Jack Galloway is not only amazingly handsome with his fantastic coiffure, but he's a bloody good actor with a steely British determination and intelligence flowing through his veins.

Not everything, of course, works as is the nature of the imperfect world that we live in, but Codename Icarus comes pretty damn close. However, a few little bits niggled for us. Firstly, how on God's green Earth, did John Doll manage to get in touch with Martin online? It being the early 80s means the internet was in its completely and utterly most basic form, so quite how he managed to zero in on Martin is rather dubious. And the Sue Kleiner character seems rather redundant as she's mostly relegated to acting as a feed for working out Martin's mood. 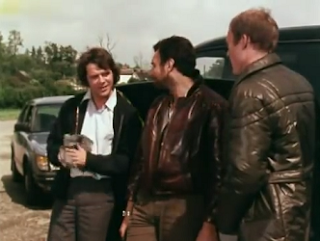 Overall, though, Codename Icarus is an amazing testament to the intelligence that can be imbued into a children's TV show. Demonstrating such a clever examination on the beauty of science and how it can be twisted by man's greed is a scintillating setup and keeps you on the edge of your seat. God knows why it ain't had a UK DVD release yet, but we live in hope. In the meantime, get over to YouTube and digest its majesty.
Posted by Telly Viewer at 10/24/2015
Email ThisBlogThis!Share to TwitterShare to FacebookShare to Pinterest