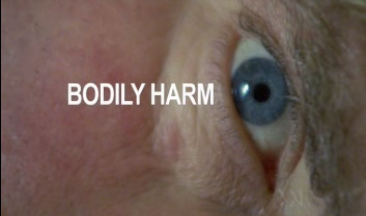 The human brain is a wonderful piece of engineering which allows us to walk, talk and blog about dusty old TV shows. At Curious British Telly we've had a brain since we were a young child, but you may not have got one til you were a little older. However, as well as being wonderful, they're also fragile little critters. One psychological knock too many and the brain starts to malfunction. Unfortunately, it's not as simple as grabbing the Yellow Pages and getting a brain repair man out. Months, even years, of psychological treatment may be necessary. Ironically, people get quite anxious about discussing mental health issues and try to ignore it, but TV is a little braver and the example we'll look at today is Bodily Harm. 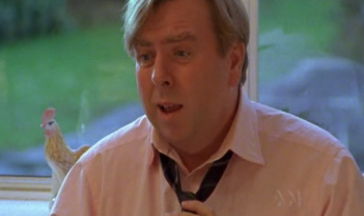 Mitchel Greenfield (Timothy Spall) is a contented chap living in suburbia who commutes to London to work as a stockbroker. At home he devotes his life to his wife Mandy (Lesley Manville) and daughter Nic (Sadie Thompson). His elderly parents, Sidney (George Cole) and Sheila (Annette Crosbie) are the final targets in the cross hairs of his attentive loving. Everything appears fine and dandy on the surface, but cracks are beginning to form in his life and mental state. On the eve of his 44th birthday, Mitchel loses the job, discovers his wife being unfaithful and learns that his father is dying of cancer. It's all too much for Mitchel and, before he knows it, he's threatening people with golf clubs and babbling manically at strangers. 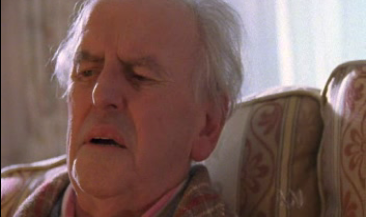 Bodily Harm was a two part drama which aired on Channel 4 in October 2002. A production by the busy bods of Tiger Aspect, it was written by Tony Grounds - a man once described as "the best TV writer of his generation". Tony has written for some of the cream of British TV, gave Peter Cook his final dramatic TV role and also found time to run the London Marathon with Lee Evans. A busy man indeed. Behind the camera and demanding extra frothy lattes was Joe Wright - another busy man - who went on to direct Atonement, Pride and Prejudice and Anna Karenina. 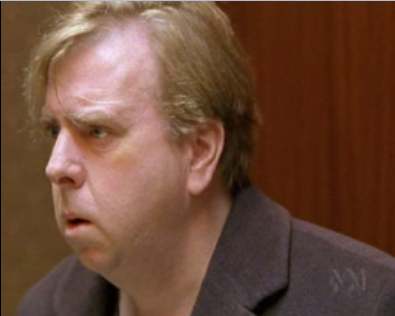 We were busy searching through a mammoth list of rare TV shows when we first came across Bodily Harm. The main thing that caught our eye was the cast list. Packed full of heavyweight names, we couldn't resist grabbing it by the collar and casting our curious eye over it. A copy of the series hasn't made its way to YouTube, but we managed to track down a website selling a DVD copy. Money paid, it was swiftly despatched and in front of our eyes in no time. 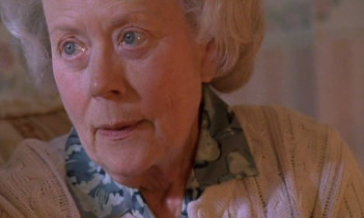 As we said earlier, the cast listing really caught our eye and stopped it wandering towards the drinks cabinet. Timothy Spall has built up a magnificent career over the years, one that his son Rafe is busy emulating. His descent into a manic depression is perhaps a little rushed here, but that's more to do with the length of the piece. Eyes blazing wildly, he really captures a man in meltdown with his frenzied, unpredictable behaviour. Annette Crosby tackles a challenging role and manages to capture the delicate love of a mother and wife perfectly. The real standout, though, is George Cole as Sidney. Well known and respected as a comedy actor, we weren't aware of just how versatile he is. His complex character runs through the whole gamut of human emotion - bitterness, selfishness, love, arousal, ternderness, anger and fear. The rest of the cast didn't particularly impress us, but they're very much bit part players in the story. Eddie Marsan was a highlight, though, as Mitchel's pal Bernard Chalk. 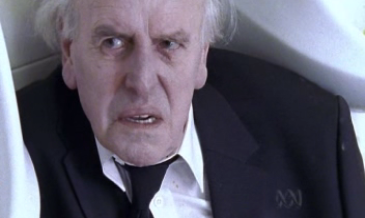 Our main criticism of Bodily Harm is that it feels, at times, a little bit drama by numbers. We didn't really feel anything new was brought to the table in terms of Mitchel's life falling apart. The first episode, in particular, seemed full of half formed characters such as Mandy and Nic - consequently, we didn't really care what happened to them. However, the second episode really picks up when they begin concentrating on Sidney's last days. The double suicide scene at the start of episode two is truly heartbreaking and packed full of touching dialogue. Family sores are reopened - although the strand regarding Mitchel's brother is never realised - and the finale is a tense, mournful affair. 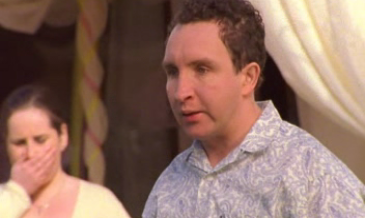 Bodily Harm, then, is a little frustrating to our television shaped eyes. There's great, great acting on display, but a few shortfalls in the first episode. If episode one had been stronger then it would have been a very strong pair of episodes. As it is, it's one ok-ish episode and one great. We probably wouldn't watch Bodily Harm again, but we would recommend it for a watch due to the acting and, in particular, George Cole.
Posted by Telly Viewer at 3/01/2014
Email ThisBlogThis!Share to TwitterShare to FacebookShare to Pinterest