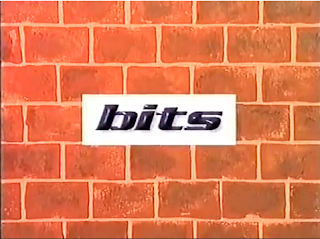 It's late at night. It's a particularly lonely night. And you're single, incredibly single. Before you know it, the urge is there. You need to bash something to relieve the tension. Suddenly, it's in your hand and there's no going back. We're talking, of course, about bashing the buttons on a controller for your Sonytendo PlayBoxWii. What were you thinking of? Moving swiftly on from your filth addled minds, we'll take a look at Bits. 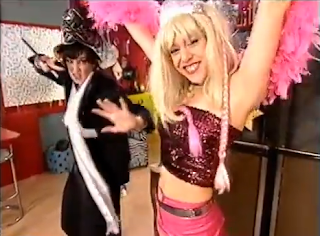 Bits was a computer games review show which starred Aleks Krotoski, Emily Booth (who replaced Claudia Trimde in 2000) and Emily Dunn as the presenters. Contemporary gaming was investigated each week and looked at new games and developments.The show was set in various locations such as the girls' apartment, Virgin Megastores (RIP), the pub or sometimes just the mean streets. It was, in some ways, a distant relation to Channel 4's Vids due to its similar timeslot, name, production company and the fact that Aleks Krotoski appeared in a couple of episodes. 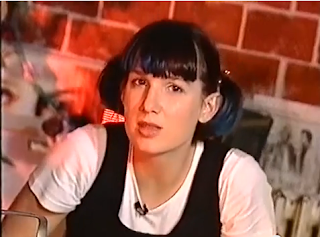 Produced by Ideal World Productions, Bits ran for five series between 1999 - 2001 on Channel 4. It was part of 4's legendary late night timeslot '4Later' which also housed Vids. Curiously, there was also the occasional Sunday morning episode which dispensed with the wanton swearing and obsessive Pokemon hatred of the late night edition. The show was co-written by the presenters whilst Aldo Palumbo was the producer and Louise Lockwood directed it all. 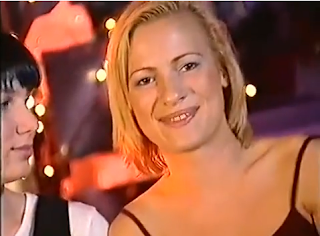 Bits arrival coincided with Curious British Telly reaching an age where computer games began to lose their lustre. We were 16 and beginning to get more and more interested in alcohol and women. It's a terrible path that we don't recommend to any young males listening. Keep your gaze fixed upon the lure of vintage television and you shouldn't do too bad. Nonetheless, we were still vaguely interested in what was happening in the world of PC gaming, so caught a few episode of Bits during its lifetime. We couldn't remember much, to be honest, apart from the fact that it featured female presenters. Perhaps if it had also featured alcohol the memories would have been much, much stronger... 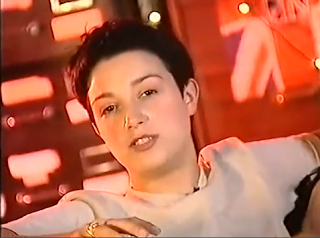 The main selling point of Bits is the all-female cast. Previously, shows about video games such as GamesMaster, Games World and Bad Influence had been dominated by male presenters - Violet Berlin being the only notable exception. Many of the games experts featured also lacked a certain sparkle, mostly being journalists from games magazines and various dark bedrooms. The four presenters of Bits, however, brought some riot grrrl and girl power sensibilities to the genre. You'd certainly never see Andy Crane smashing up equipment, so it was refreshing to have a gang of feisty females on the screen. It also helped that each one was devastatingly attractive in her own inimitable way. 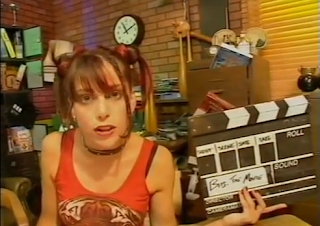 A DIY ethic runs through the show which is another feature it shares with Vids. This is partly due to the budget a late night show would receive, but again, marks it out from it's rivals. This ethic allows the content to be delivered in entertaining ways and the reviews never bore. The show landed at an exciting time for gamers, the 32 bit systems were about to be usurped by the mammoth leap to 128 bit systems and internet gaming was taking off. It's a nice nostalgia burst, but as technology changes so quickly, it feels like a slightly redundant watch now. We doubt many gamers would return to Bits and discover a new game they could love forever.

After Bits finished, Aleks Krotoski was teamed up with Iain Lee for Channel 4's short lived Thumb Bandits. She continues to work as journalist covering technology and presents The Guardian's Tech Weekly podcast. Emily Booth has had numerous presenting gigs in the intervening years and also racked up several acting credits. Male viewers of this blog will also be pleased by the numerous photoshoots she's appeared in as well. Emily Dunn no longer works in television, but has got deeper into the gaming industry by taking up a position with Electronic Arts. Claudia Trimde is now the CEO of Le-City Deluxe - we're not entirely sure what this is, but it appears to be linked to luxury goods and living, so imagine it pays handsomely! 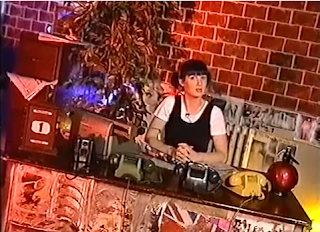 Like most entries from the 4Later catalogue, we recommend giving Bits a watch as it's an interesting taken on the gaming genre. Given the ever increasing obsession with gaming it's curious as to why there are no mainstream or cult shows on the box anymore. After Thumb Bandits, it appears to have been game over. Maybe this is due to the advent of the internet where gaming news and reviews are at your fingertips in seconds. For the crusty gamers amongst us, numerous episodes of Bits have been uploaded to YouTube, so head on over there if you want to relive the gaming madness that was Ape Escape.
Posted by Telly Viewer at 11/17/2013
Email ThisBlogThis!Share to TwitterShare to FacebookShare to Pinterest