This is David Lander / David Harper 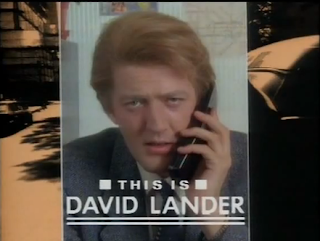 One of the joys of the 1980s/90s was seeing the portly journalist Roger Cook with a mouthful of hard evidence chasing crooked individuals down the street. This was on TV, of course, not down our respectable street where the only argument we remember was over a missing tin of Pease Pudding. Anyway, The Cook Report was a wonderful piece of investigative journalism, but also quite hilarious. No matter what Cook threw at the conmen, they would vehemently deny every single accusation and claim to be a victim of Cook. Occasionally, they also punched him in the face. Channel 4 decided that the show was ripe for a spoofing and spoof they did, first with This is David Lander and then This is David Harper. 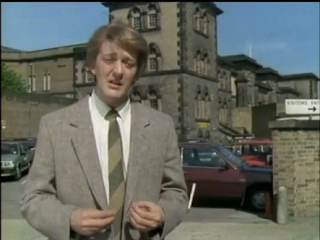 This is David Lander/Harper followed David Lander (Stephen Fry) or David Harper (Tony Slattery) as they investigated dodgy business practices and the individuals behind them. Subjects at the scrutiny of either Davids included: fine art theft, schools for young genii and housing developments prone to arson attacks. The show was a mockumentary and followed the format of The Cook Report very closely featuring interviews with victims, background investigations and finally a confrontation at the end. Many established and rising comedy actors feature throughout the series such as Caroline Quentin, Tony Robinson and Neil Pearson. We were also overcome with joy when we saw a brief cameo from Ian Sears of Johnny Jarvis fame. Curiously, Stephen Fry was unavailable for the second series, so the show was renamed with Fry's erstwhile Footlights colleague Tony Slattery in the lead role. 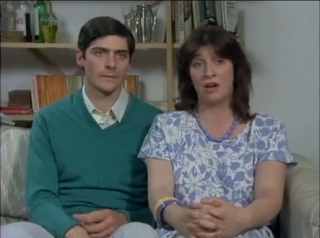 The origins of This is... can be found in the BBC Radio 4 show Delve Special which featured Stephen Fry as David Lander and ran between 1984 - 1987. Delve Special was written by Tony Sarchet who had previously written for Jasper Carrott and Spitting Image. Sarchet felt that the idea was strong enough to translate to the small screen, but strangely, the BBC did not and, instead, Channel 4 aired the show in 1988 and 1990. A total of 12 episodes were produced by the comedy powerhouse Hat Trick. Both series were later repeated on the Paramount Comedy Channel in the late 90s. 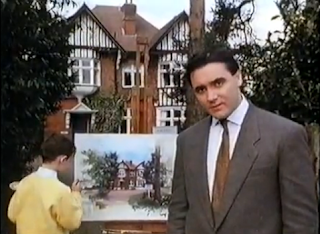 The repeats aired on the Paramount Comedy Channel were Curious British Telly's introduction to the world of investigative Davids. The Paramount Comedy Channel (now Comedy Central) was a treasure trove of cult comedies during the late 90s airing a mixture of British and US shows such as Monty Python, Drop The Dead Donkey and Duck Man to name but a few. School holidays always meant staying up late for Curious British Telly and - in the absence of the internet - we would while away the hours with Paramount. They were formative times indeed and This is David Lander was one show which really stood out. 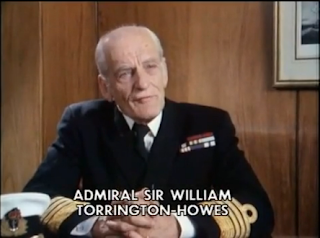 Tony Sarchet is on excellent form throughout This is... and his writing really defines the show. It's quite simply hilarious and at first glance, you'd think sections of the show had been lifted from Brass Eye, The Day Today or Big Train. However, This is... predates those three shows by several years and it's a shame that Sarchet didn't do more on British television. He shows here that he's capable of creating wonderful microcosms where the most ludicrous events can take place. One of our favourite scenes of This is... sees an interview with a man who's had monkey testicles implanted in his cheeks as part of weight loss therapy. When not creating surreal images, Sarchet is poking fun at the ridiculousness of authority such as the salty sea admiral who claims "It's bloody rude!" for taxpayers to complain about how their money is spent. After all, "They've handed it over.".

Stephen Fry and Tony Slattery are the face of This is... and their deadpan presentation is the perfect helm for the show. We prefer Fry's Lander as he comes across slightly bumbling and terribly English  whereas Slattery's Harper is more of a hardnosed individual. One slight issue with both David's is that we don't really get a true sense of the character. There's no background revealed to indicate his drives and passions. We're not looking for Alan Partridge style revelations here as they would spoil the realism of the production. Something more along the lines of Louis Theroux and his self-deprecating humour would have helped define the character more.

Having aired a couple of series, and with Stephen Fry at the helm, we were surprised to find there had been no commercial release of This is... We'd love to see it, but the lack of interest online is likely to be the reason why. The complete series can be found on YouTube, but annoyingly, the David Lander series is blocked in the UK by Channel 4 due to copyright reasons. It's possible to use a proxy website to get around this, but you sometimes have to persevere with videos stopping after five minutes. Why the show isn't on 4OD is another question we'd love to know the answer to. Hopefully it will be one day. The David Harper series isn't - for some reason - blocked on YouTube, so that's available for you to soak up it's confrontational charm.

Posted by Telly Viewer at 9/30/2013
Email ThisBlogThis!Share to TwitterShare to FacebookShare to Pinterest