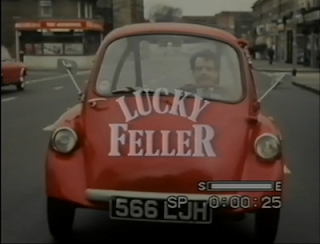 During the first series of Only Fools and Horses, there’s a moment in the episode ‘A Slow Bus To Chingford’ where Del Boy exclaims "Déjà vu! It’s made to measure!".  A better use of the French phrase would have been “Déjà vu! It’s me, my brother, a silly car and a barrel load of scrapes again!”.

We’re referring to the fact that several years before OFAH first entered our consciousness, ITV had aired a sitcom which, although not a doppelgänger (yes, we’re going multilingual today), was certainly a close relation.


Lucky Feller was a 13 episode sitcom screened by ITV in 1976 and produced by the network franchise LWT.

Shorty was the more sensitive brother, more likely to be found wearing the male perfume 'Sinew' and driving around in a red 'bubble' car. Randy, on the other hand, was more a jack the lad character who cleaned up with the women.

Still living at home with their dear old mother (Pat Heywood) they divided their time between running an electrical/plumbing/anything repair service and romancing Kathleen (Cheryl Hall).

No father was present as he had drowned at work. In a brewery. In a vat of milk stout.

Written by the talented hand of playwright/novelist Terence Frisby, the series’ first incarnation was as a one-off pilot in June 1975. A year later, the series was filmed at Kent House studios and transmitted by ITV in Autumn 1976 in a 7pm slot. 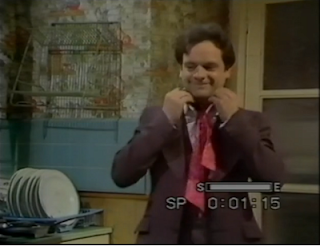 Terence Frisby has since gone on to say that it was LWT’s most successful show of the year, but it would fail to build upon its early success and never saw a second series or even a repeat.

It wasn’t until 2012 that episodes surfaced online after Dominic Frisby – son of Terence – found a dusty VHS upon his father’s shelf which contained three episodes. 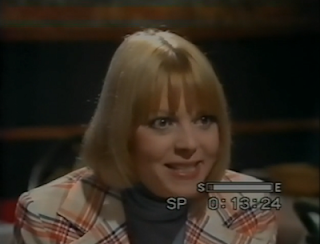 Terence Frisby was asked to write a second series, but requested the original series be repeated first. Due to the machinery of ITV at the time, this simply wasn’t possible.

Several years later, the chance to repeat the series came up; David Jason, by then a huge name, decided to veto this opportunity(1). This brings us to an interesting area of David Jason’s career and his desire for a Stalinist rewrite of his career.

The Top Secret Life of Edgar Briggs is another 70s Jason vehicle which has similarly been denied repeats or any commercial releases, whilst a 1986 repeat of Do Not Adjust Your Set had to be abridged to remove all trace of him.

Exactly why this occurred is not clear – it may have been down to dissatisfaction with the shows or simply wanting to avoid overexposure. At least he's not in it for the money, but then there was The Royal Bodyguard... 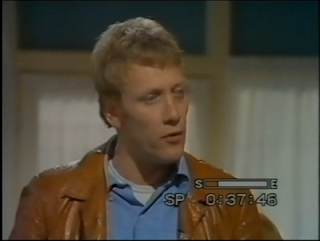 Myths abound that the similarities between OFAH are so incredible that there's even a scene where a character falls through a bar whilst trying to impress a girl. Was one of the most famous scenes in British comedy the result of intellectual property theft by John Sullivan?!

We queried this with Dominic Frisby and he has pruned this scandalous grapevine by advising "I haven't seen it. Apparently there was a scene in a pub with lots of slapstick, but not that actual gag."

He Ain't Heavy, He's My Brother
Like the majority of the British Isles, Curious British Telly loves at least one David Jason show, so taking a look at Lucky Feller was a no-brainer. To understand the basic premise of the series, we also booked in at the BFI Archive to view the pilot episode which they hold. 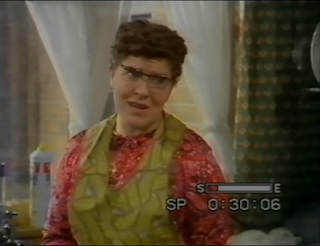 The first thing that struck us, apart from the OFAH similarities, is that it’s a very 70s sitcom packed full of farce and slapstick.

The main thing to look for were laughs and we were left chortling several times throughout an episode. The farce isn’t as manic as, say, Some Mother’s Do ‘Ave ‘Em, but scenes such as the flooding launderette in episode 9 are entertaining and well written.

The female characters are the weakest areas of the writing. They aren’t given the most empowering of roles and do, at times, veer into stereotypical female behaviour, when they’re not gossiping, they’re waiting for men to sort everything out.

Kathleen, at least, is given some power by flitting between Randy and Shorty, but this aside she does veer towards ‘dolly bird’ territory.
We all know that David Jason can act, so there’s little point in eulogising his performance too much. He hasn’t quite hit the heights of Del Boy or Pa Larkin yet, but he’s easily the best actor in the series.

Much like his burly frame, Peter Armitage brings the necessary manly feel to the role of Randy. The thought of him doing anything less than drinking a pint of brown ale and scanning the football results is terrifying.

Pat Heywood and Cheryl Hall are the main female roles, but neither actress gives a performance that arches it's neck above the pulpit of mediocrity.

A few guest starts of note pop up in the episodes that we’ve seen, Saeed Jaffrey displays his usual middle class Anglo-Indian charm in episode 9 and Prunella Scales lands the best female role in episode 12.
The pilot episode is essentially the same as episode 2 from the series proper. The opening credits are different and seem to feature rather a lot of diesel trains and no bubblecar.

A couple of the cast also differ – Randolph is played by Nicky Henson, Mrs Mepstead as a much more no-nonsense matriarch is taken on by Elizabeth Spriggs and Sylvester McCoy (credited as Sylveste McCoy) plays Randolph’s drunk friend, Sylveste.
Curious British Telly feel that this is a sitcom that should surely be featuring in Network’s current DVD roster. Due to David Jason’s reluctance, however, it isn’t and this is a real shame.

Lucky Feller is by no means perfect, for one thing there isn’t enough focus on family in the episodes we’ve viewed.

However, the writing’s sharp enough to warrant more than a forgotten footnote in David Jason’s career. Hopefully it will see the light of one day, but for now head to Dominic Frisby’s site at http://dominicfrisby.com/news/lucky-feller-the-unknown-sitcom to see why it should be elevated above the murky depths of forgotten British television.
References:
1. http://dominicfrisby.com/news/lucky-feller-the-unknown-sitcom/ - accessed 30/05/13