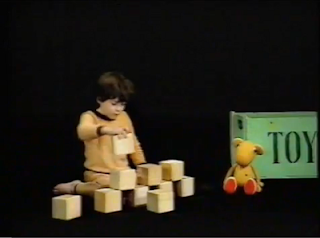 Memories are fickle creatures and this is especially true for children. Being bombarded with so much information is difficult to store and process, so this is why so many memories appear to be completely blanked out or remembered hideously incorrectly. And when it comes to children's television this can be a frustrating quandary. Certain shows are barely remembered and the odd fragments we can retrieve are fuzzy at best. So, to rectify this state of affairs, I've started tracking down some fiendishly obscure British children's TV shows to help spark a more accurate recall. And that's why it's time to welcome in another edition of The Forgotten World of British Children's TV. 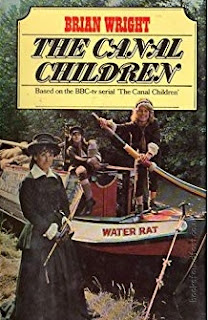 In the early days of Queen Victoria’s reign, the canal remains a vital and lucrative part of Britain’s transport system. Well-to-do Betsy Russell (Maxine Gordon) is the last person you would imagine to be found hanging around the canals of Warwick and Birmingham, but she soon falls under their exciting spell when she meets the canal urchins Tom Brill (Andrew O’Connor) and Dan Trugg (Peter Berry).  With the canal barge ‘The Water Rat’ at their disposal, our young trio head off on adventures that take in cargo theft, enigmatic Baptist ministers and even help Betsy’s grandfather Colonel Russell (Eric Porter) with his wager that the canals are superior to the railways.

A vague memory for even the most ardent watcher of children’s TV in the 1970s, The Canal Children is a piece of period drama that, with typical BBC aplomb, boasts some fantastic visuals that capture the era perfectly. There’s also plenty of mystery and subterfuge married to the decent acting on offer, but you have to wonder whether the children watching at home were quite so enamoured with the relatively slow world of canals. The Canal Children was written by Brian Wright and directing the canal based adventures was John Prowse (Grange Hill, King Cinder, The Changes). Consisting of six 25-minute episodes, The Canal Children aired in the Wednesday teatime slot of 5.10pm on BBC1. One repeat broadcast for the series came in 1978. 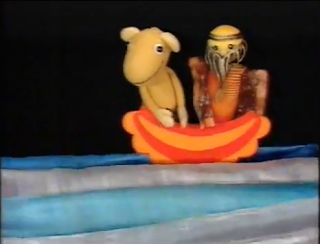 There’s nothing worse than being a child and having to go to bed. Sure, you may be tired, but the thought that fun is about to end is a tough pill to swallow. Thankfully, for the child (Danny Kodicek) in Pullover, his mother has attempted to reduce his ire by taking his pullover and making a few changes to produce Pullover - a cute little animal who is part bear, part something else and yellow all over. Creeping down from the bedpost, Pullover tends to find something intriguing in the child's bedroom which leads to an adventure - be it a balloon which transports Pullover up into the clouds or a toy penguin which takes him to the Antarctic.

Pullover is packed full of mildly surreal and sleepy charm with a brand of puppetry that is infused with a fascinating and magical charm. The first production from Pullover Productions (who later made Fox Tales), Pullover was a 1982 show created by puppeteers Rosta Cerny and Susan Kodicek. Masters of the black light theatre method, Cerny and Kodicek made extensive use of this technique to bring Pullover to life. The lively music score, meanwhile, was composed by Eugen Illin. Broadcast on ITV by Central in the lunchtime slot, the show was backed by ITC entertainment and made at Kadek Vision - a long defunct company based at Shepperton Studios. Only one series was produced with a total of 13 10-minute episodes being transmitted. 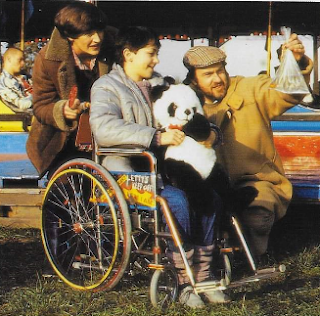 Letty Boot (Victoria O’Keefe) is a wheelchair bound disabled girl who lives in Meadowbank Children’s Home alongside her friends Brian (James Forsyth), Trevor (Marc Barfoot) and Cath (Deborah Smith). Following a spate of thefts at Meadowbank – including the theft of a goldfish – Letty decides to set up the Letty Bootlace Detective Agency and is soon investigating dangerous horse thieves and criminals running an illegal immigrant ring. Taking the law into her own hands, of course, soon rouses the attention of Inspector Jones (Glynn Edwards) and the pair struggle to see eye to eye at times, but gradually a level of respect builds between the two.

Letty ran for a single series, with no repeat airings, in 1984 and was a TVS production for ITV. Six 30-minute episodes aired in the 4.20pm slot on Wednesdays as part of the Children’s ITV schedule. The series was written by Avril Rowlands who had previously written God’s Wonderful Children for BBC1. Directing Letty was Jonathan Wright-Miller whose directing credits already included Crossroads and Blake’s 7 and would later go on to secure credits for directing Eastenders and Fair City. As Victoria O’Keefe was not disabled in real life, she spent time with three young disabled men at Pinderfields Hospital in Wakefield to glean a little more about her character. 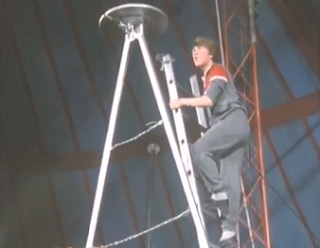 Travellers by Night begins with circus children Belle (Lisa Coleman) and Charlie (Jake Coppard) being sent to live with their aunt whilst their parents head to the USA to find work. This need for new employment has arisen as their current circus is closing down and Murphy (J.G. Devlin) the elephant trainer has fallen ill and is unable to care for his large-eared charges any more. Unfortunately this also means that there will be no one left to look after an Indian elephant named Rani and, accordingly, she is due to be put down.

Belle and Charlie, however, refuse to allow their dear, old friend Rani to meet such an undignified end and hatch a plan to take her to a Safari park where she will be cared for and looked after. Foregoing their aunt’s accommodation, Belle and Charlie seize Rani and head off into the depths of the English countryside where they attempt to remain inconspicuous with an Indian elephant in tow. The police and the tabloids are soon on their trail and yet more trouble awaits Belle, Charlie in the form of Flick (Neil Morrissey) and his gang of fellow ne’er do wells who are lurking along our protagonist’s path.

Based on Vivien Alcock’s 1983 novel of the same name, Travellers by Night was adapted for ITV by Alan England who had previously adapted Break in the Sun for the BBC. Travellers by Night was a TVS production consisting of six 25-minute episodes which were transmitted in a 4.30pm Sunday slot. The series was produced and directed by Tony Virgo who had previous credits directing Doctor Who and Emmerdale with future gigs including EastEnders and All Creatures Great and Small.  Rani, of course, was a very real elephant and came direct from Gerry Cottle’s Circus. 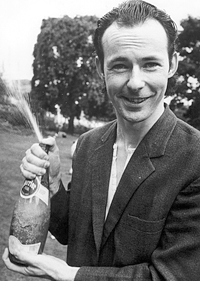 Built over a hundred years ago by Mr Rosemary Olivetti Ratchett, Gumtree House is now home to just one person: Professor Pierre McDonald. Having spent the last 10 years living in a laundry basket on the second floor, it's fair to say the the Professor is an eccentric chap if ever there was one. However, over the course of the series, many strange and unusual characters come to find themselves living in and visiting Gumtree House. A dog is encouraged - with chocolate buttons - to sand down the house's painted surfaces with little more than its tongue, Oscar Ratchett searches for treasure in the basement, Samuel spends a week in bed as a mystery something is lurking under his bed while Mr Curtain becomes highly suspicious of what the neighbours are building in the garden.

Gumtree is very much a cousin of the Tony Robinson starring Tales from Fat Tulip's Garden and, therefore, it comes as no surprise to discover that one of the Gumtree writers - Debbie Gates - was also behind Fat Tulip. And, as you would imagine, it's very much business as usual with Ben Keaton - also on writing duties - taking on all the narration duties and voicing all the characters as he works his way round Gumtree House. It works, too, and is far from a Fat Tulip knock off with plenty of absurd happenings and curious characters bubbling to the surface. In total, six episodes of Gumtree aired at 11am as part of Channel 4's Sunday morning schedule in 1988. The series was produced by Bizarre Productions with Jeremy McCracken directing the episodes.

Comments on these shows, and any others you can pull from the depths of your memory, are most welcome below!
Posted by Telly Viewer at 12/23/2018
Email ThisBlogThis!Share to TwitterShare to FacebookShare to Pinterest