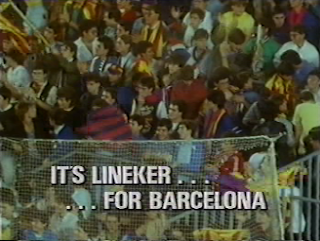 Following Lineker's exploits at World Cup '86 - where he won the Golden Boot - the whole of Europe suddenly sat up and paid attention to Lineker's prowess in front of goal. And, with English clubs banned from Europe, the Camp Nou offered Lineker the chance to finally play against Europe's elite. 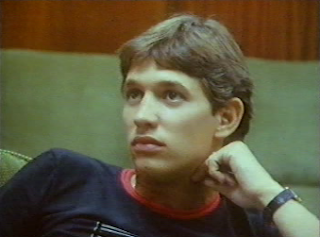 Signed from Everton for £2.8 million, Lineker's arrival at Barcelona heralded somewhat of a British invasion at the Catalan giant as Mark Hughes was also purchased during the same period. And Terry Venables, of course, had arrived as the manager a few years previously, and brought back the La Liga title for the first time in a decade. 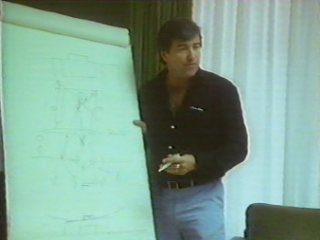 They were exciting times for Barcelona and their British contingent, but, in particular, it was Lineker who was the most mouthwatering prospect as he had the world at his quick thinking feet. It's Lineker For Barcelona focused on his first season at Barcelona and documented Lineker's adaption to the Spanish game and, indeed, the passionate culture surrounding it.

Planning for the Big Game

It's a Funny Old Game

It's Lineker For Barcelona opens with Lineker and Hughes being unveiled at the Camp Nou to 60,000 ecstatic fans (a spectacle which remains unthinkable at an English club) whilst Venables shows off his Spanish linguistics with a rousing speech to set up the forthcoming season. It's a fine start to the proceedings, but this is a documentary which won't just concentrate on Lineker's on field antics. He may be one of the most famous players in the world, but he's not immune from the mundanity of life as an early section finds him holed up in a Barcelona hotel as his then wife Michelle struggles to pen a seemingly neverending list of thank you letters following their recent wedding. Matters liven up a bit, thankfully, when a youthful Ray Stubbs pays a visit to conduct a quick interview on what appears to be suitcase sized recorder. 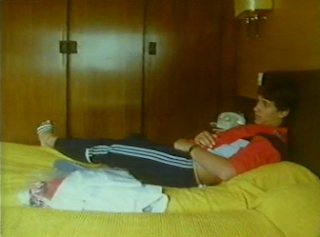 And what's striking about these early sections is just how different Lineker the player is compared to the media personality we know and love today. Sure, there's still a likeable, boy next door charm running through his veins, but he's much more softly spoken here and you certainly wouldn't expect him to start speaking out about migration issues here.

However, that great brain is present and ticking beneath the surface as he analyses the differences between English and Spanish leagues whilst he's also astute enough to show gratitude for the increased wages he's now earning over in Spain. And, although Lineker is the focus of the documentary, there's still time to hear from Hughes and Venables. 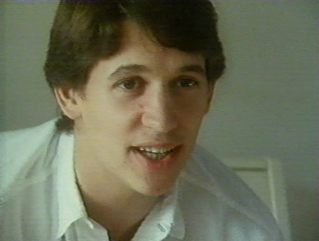 Hughes cuts a forlorn figure at times and, whilst he's reading about his old club Manchester United's fortunes back home, he sighs heavily as he reveals that he misses his Sunday afternoon pints. Barcelona was, ultimately, a disappointing period for Hughes and he was loaned out to Bayern Munich the following season before returning to Old Trafford where further glories awaited him. 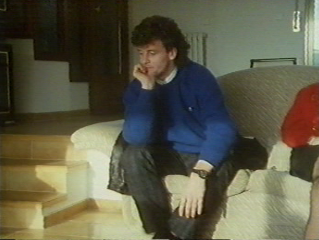 Venables, meanwhile, is on cracking form as El Tel and his fierce determination to succeed is apparent as he looks for chinks in the Spanish armour to exploit. Despite his laddish persona, he's a deeply philosophical gent and dispenses plenty of wisdom and advice to his young British charges about the rigours of La Liga.

There's still time, however, for a quick look at the English game as Lineker returns home to Leicester to take part in Tommy Williams' testimonial game and then, with permission from Venables, returns for a quick training session at Goodison Park where he grouses to manager Howard Kendall that he's unable to watch English games out in Spain. 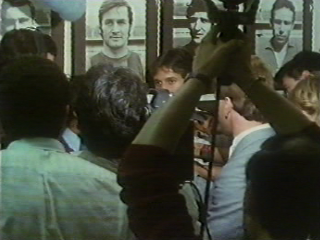 It's an interesting comment and one which highlights an era where satellite TV and live streaming were nothing but mad, mad pipe dreams. For the viewers watching It's Lineker For Barcelona, it also offered a rare glimpse of La Liga and with its sun-kissed beaches and topless girls strolling around, it certainly feels like another world compared to life on Merseyside.

In fact, one of the best sections of the documentary comes when it visits a pub nearby to Goodison park when Scouse mages of all ages swap their learned football wisdom in amongst worrying that selling Lineker will be a huge disaster (they actually won the league following his departure). 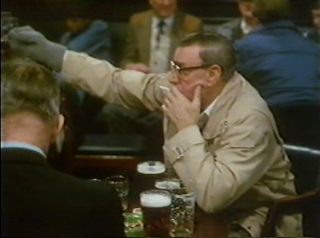 What's really interesting is when the talk in the pub turns to the subject of money and, for a moment, it feels like you're suddenly back in 2016. One supporter complains that "Money's the name of the game" whilst another tells us that the "Clubs aren't considering the supporters". However, whilst this sounds like any pub discussion in the modern age, the next opinion offered by a young Scouser of "They're getting £600 a week!" suddenly reminds you that the football landscape in 1986 was very different.

Lineker's crowning achievement in his first season, of course, is the hat trick he scores against Real Madrid to ensure his name is enshrined in Barcelona's history and hearts forever. The reaction from the fans has that quintessential Catalan passion which borders on the religious and can't be found anywhere else in the world. It's in sharp contrast to the boozy violence which blighted the English league and suggests that, even now, we could benefit from swapping a pre-match Stella for a Rioja.

It's Lineker For Barcelona is an intriguing documentary which provides a number of insights into the game and acts as an amazing time capsule of the state of football in the mid to late 1980s.

Viewed with hindsight, it's remarkable just how different the game was 30 years ago, most prominently in the ease and manner with which we digest football from all around the world. It also offers a glimpse into that rare phenomenon of a British player making it abroad. Okay, Bale and McManaman also made waves in Spain afterwards, but countless others have fallen to the wayside.

And, finally, it's a fantastic opportunity to see Lineker in his prime when punditry and crisps were far from his mind. The only thing that mattered was the roar of the crowd as he put the ball in the back of the net time and time again.
Posted by Telly Viewer at 12/20/2016
Email ThisBlogThis!Share to TwitterShare to FacebookShare to Pinterest