LifeSpam: My Child is French

There's always a kid at school who's got at least two webbed fingers. It's a fairly minor quirk of evolution and completely innocuous, but it becomes somewhat of a fascination to everyone. And in particularly boring geography lessons all you can do is stare at this webbed fingered entity and wonder if their mum had a bit of how's your father with a frog.

And it's this lurid obsession with the abnormal that leads to a grotesque desire to shine a light on these harmless souls. Way back in the olden days the freak show was a popular carnival treat which promised to highlight the rarities of Mother Nature's hand, but it's not the olden days anymore, so TV reigns supreme. Hence the endless glut of shows on Channel 4 and Channel 5 which propose to document the lives of people who are physically unnatural in the eyes of a perfectionist society.

It's a fairly modern phenomenon of the TV schedules and one that don't seem to be going anytime soon, so it's ripe for lampooning and satirising. And that's exactly what Alice Lowe did in LifeSpam: My Child is French. 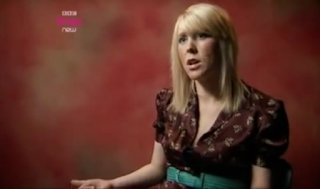 LifeSpam is a sketch show which takes us through various documentaries spoofing the 'freak show' genre by dreaming up ridiculous and surreal subjects. Alice Lowe stars in numerous roles such as the mother who has given birth to a French son and feels the need to dump him in Calais where he belongs, a woman who is absolutely petrified and disgusted by Boy George and she also stars as one of Simon Farnaby's 1000 wives.

LifeSpam was a one off pilot made for BBC3 and aired in January 2009. Alice Lowe took on all the writing duties whilst Jacqueline Wright directed the pilot and that charming Rob Brydon chap took on that enigmatic role of executive producer. Sharon Horgan also appeared, but purely in a vocal form as the narrator for the various spoofs taking place.

A repeat of LifeSpam followed in March 2009, but a full series did not materialise. The whole show has been preserved on YouTube, so you've got absolutely no excuse for not dipping your toe into the LifeSpam water.

We'd been wowed by Alice Lowe in Garth Marengi's Darkplace and her adroit ability to pop up in practically every significant comedy going (The IT Crowd, Little Britain, Hot Fuzz, The Mighty Boosh) meant we held her in rather high esteem. Therefore, we were delighted to see that she had this intriguing sketch show pilot airing late one night on BBC3.

And we watched it. On iPlayer. And found it bloody funny. Then there was silence and we heard no more about it, but that's the commissioning process for you. 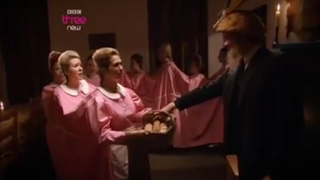 Anyway, as we literally just stated, we found it bloody funny, so it always remained in that favourable location in our brain known as the comedylar gland which stores up all noteworthy guffaws. And that's why we decided to revisit and see how it stood up several years on.

First things first, but, believe it or now, we actually worked with Alice Lowe on a project about a year after LifeSpam went out, so we've got to watch her act all close up. And, damn, she's amazing! Whereas any request for us to act has resulted in a quivering, falsetto voiced twerp, Alice Lowe is the opposite end of the spectrum. It's a mystery to us how she manages to conjure up that acting magic with the grace and ease of an Olympic gymnast, but by jove she does it and does it in spades. 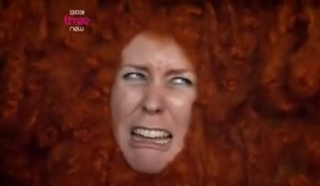 So, yeah, her acting ability means she's able to morph herself into all these different roles and not once come across samey. It helps give LifeSpam a vibrancy packed full of  performances which help conceive unique individuals all imbued with rich idiosyncrasies. She can go from gobby, chavvy types living in a web of hair to quirky, brainwashed by religion wife types making up a bizarre conga style line of 1000 wives in the blink of an eye.

And the writing is pretty damn sharp too. The comedy digs deep down into that richly absurb vein of British humour seen in Big Train, but the darker elements of the writing also hint at a Jam influence nestling in the background. It's one of our favourite genres of comedy as we find it exciting, dangerous and incredibly mind expanding compared to the sterile reality we trudge through every day. So, yeah, we certainly ain't going to complain about the material, but it does clash slightly with the stereotypical yoof comedy that BBC3 was, at the time, absolutely in lust with. 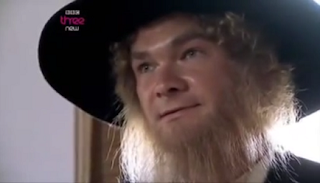 Joe Clay in The Times commented that LifeSpam was "An ill-advised comedy sketch show pilot that tries to spoof the unspoofable - the shock doc. When factual programmes like The Girl with Eight Limbs are already being shown, it's hard for the show's creator, Alice Lowe, whose credits include Garth Marenghi's Darkplace and E4's Beehive, to come up with anything weird enough to amuse." and, yeah, we guess he's right that it's difficult to reach outside of this already absurd universe to truly turn the genre on it's head.

But it is funny, Joe, believe us, it's funny!

LifeSpam is a fantastic showcase of Alice Lowe's acting and writing talents which mark her out as a comedic gem, so it's no surprise she's gone on to garner more success in projects such as Sightseers radio show Alice's Wunderland.

However, old Joe Clay probably does have a point that the absurd subject matter of LifeSpam is always going to mean pushing the envelope with a spoof is difficult. Over the course of one episode it didn't bother us in the slightest, but it's likely it would have begun to grate after 6 episodes.

There's genius pumping through Alice Lowe's bloodstream, though, so we look forward to another televisual project from her in the future. Therefore, we heartily recommend going to YouTube and watching the LifeSpam pilot for some truly irrational and preposterous laughs.

And, finally, if you see someone with webbed fingers, don't stare at them. They're just the same as you, but slightly better at swimming.
Posted by Telly Viewer at 11/28/2015
Email ThisBlogThis!Share to TwitterShare to FacebookShare to Pinterest