Someone once said that "Football's a funny old game" and they weren't half wrong. You only have to take a look at the player's private lives and, even more hilariously, their idea of acceptable decor.

Clubs try to stem this damaging publicity by taking a leaf out of politics and investing in a bit of spin to make matters more palatable.

As with politics, though, this can often blow up in football clubs' faces as demonstrated in Feet First

It's a Game of Two Halves

Harry Turnbull (Lee Montague) is the top flight football manager who sees himself as the proto-Pep Guardiola, but it's not a tiki-taka style of play he's formulated. He wants much more than that. He wants 'cosmic football'. 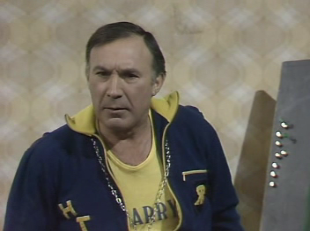 Key to this is a top striker, but he's not going to splash the cash on Kevin Keegan. No, he's settled for Terry Prince (Jonathan Barlow).

Exactly, that's the point. Until recently, Terry Prince had been busy working as a conduit joint insulation mechanic. At weekends, though, he would pull on his boots and play for the local non-league team. Turnbull has spotted something special, however, so takes a gamble and brings him to the club. 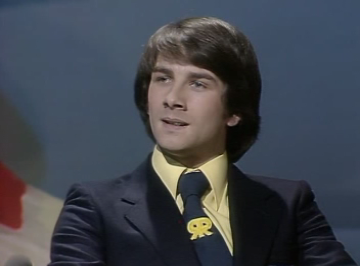 Of course, the name of the club is never actually revealed. It's only ever referred to as 'the club', but we suspect it's London based as Terry and his wife, Viv (Jacquie Cassidy), relocate to Sunbury as part of the transfer. 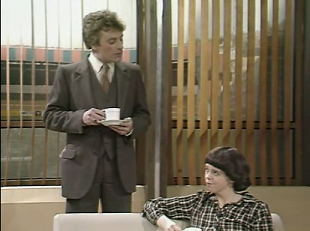 The final name on the teamsheet is that of Hamilton Defries (Doug Fisher) head of PR for the club and determined to market simple Terry Prince as an intellectual keen on books and not Scalextric.

Feet First was a one off series which aired on ITV in 1979 and was penned by John Esmonde and Bob Larbey - best known for penning classic comedies such as The Good Life, Ever Decreasing Circles, Please Sir! and Brush Strokes. 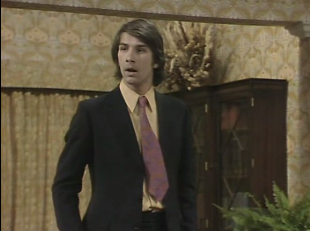 Esmonde and Larbey had previously tackled the world of football in the barely remembered ITV children's sitcom Football Crazy in 1974.

The series was unobtainable for a long time, but 2013 finally saw a Network DVD release of the series.

Although six episodes aired and feature on the DVD, it's rumoured that seven were produced.

4-4 Thriller or No Score Draw?

Curious British Telly are big football fans and have covered a couple of football shows in our short lifetime, so taking a punt on Feet First filled us with nothing but excitement.

It got off to a strange start, though, with that theme tune. Now, don't get us wrong, we absolutely love the old time thrill of listening to a steam powered fairground organ, but what on God's earth does it have to do with football? Why not have some type of terrace chant as the theme tune?! 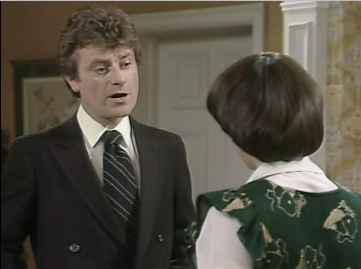 Right, first impressions of the characters:

Terry Prince - A poor man's Tony from Men Behaving Badly. He's a nice enough character, but his main contribution is being a bit dim and he never really takes control of the series. As a leading man he's not a strong enough actor and he mostly played bit parts from hereon in.

Viv Prince - Well, you know, we guess she injects some female strength into the show which counters the macho football culture, but she's a bit shrill and just tends to moan. Jacquie Cassidy does what she can with the material, but she's not top drawer and had a short acting career.

Harry Turnbull - Has a silky cockney charm much like Terry Venables and Lee Montague's a great actor, so he emerges as one of the stars of the series. His dedication and passion for the club borders, at times, on the absolute obsessive and this makes him so interesting.

Hamilton Defries - Doug Fisher does a tremendous job as being the manipulative Defries and has a steely glare which threatens to cut you down in an instant. We got the impression that he couldn't care less about football, but to him image and success is everything. This self centred nature marks him out as the villain of the piece, but you can't help but love him. 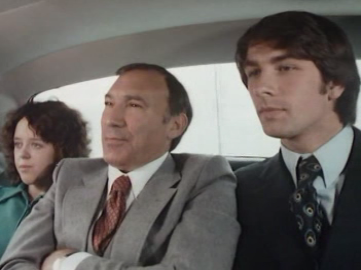 The premise of the show and the concentration of the politics behind the club is very interesting. It's not something that was being splashed across the back pages at the time, so it's an innovative approach - they even manage to get a storyline in which involves a rich sheik - that's foresight!

However, the plots can be fairly trivial and most episodes ended with us thinking "Is that it? What actually happened?". More well rounded plots would have made it a much more enjoyable watch as no one likes being left hungry for engagement after the credits roll. 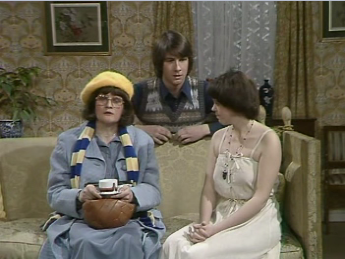 Gag wise there's nothing too rib tickling on offer. It's all fairly family friendly, so anyone from a youngster to a granny could watch it without fear of a 'roasting' gag popping up. We failed to laugh, though, and it gets marked down heavily for that.

Within Feet First we think there's a decent sitcom struggling to find its feet. Personally, we would have ditched Terry and Viv to focus on the contrasting Turnbull and Defries. A lot more humour could have been derived from a battle between the two for where the club should be heading.

As it is, we don't have any venom reserved for the show, but we doubt we'll be revisiting it either.

Posted by Telly Viewer at 3/11/2015
Email ThisBlogThis!Share to TwitterShare to FacebookShare to Pinterest