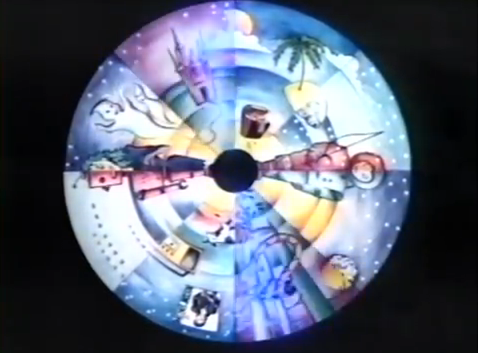 A once popular form of entertainment for children was the 'choose your own adventure' book format. The reader would start reading a page and, at the end of it, they would be given a number of options of how to proceed. Each option result in turning to a different page to continue e.g.

The great space lizard - Anakros - has stolen your dilithium crystal pack! Do you:

Truth be told, they weren't much cop and, occasionally, you turned to the wrong page leading to much confusion. There were a series of Knightmare books which were rather entertaining, but they were in the minority and relied on an established gimmick.

The problem was that, more often than not, you had much better ideas of where to take the adventure - the majority of them being written by wispy bearded men from Saffron Walden (you know the types). What the world was calling for was an interactive TV show which would ask: What's Your Story? 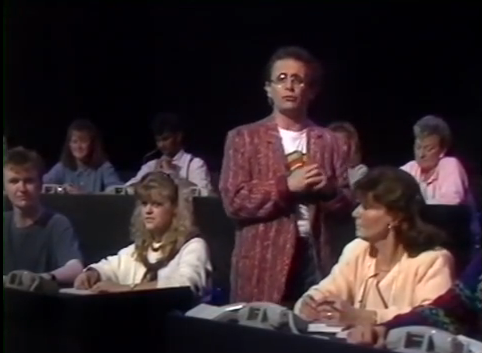 Stephen is busy being a late 80s teenager when he receives a phone call from his cousin Laura (Lisa Rose). Her father, Miles, who lives in sleepy Cornwall has disappeared. Sounds like a right old mystery, so Stephen and Laura hop on the train and head for the West Country with their deerstalkers on. Miles' cottage is in a right two and eight and appears to have had a whirling dervish rummaging through all of Miles' belongings. Stephen and Laura, being particularly tidy and well organised folk, decide to start tidying things up rather than getting on the blower to the old bill.

Whilst tidying up, they uncover a strange tin box which contains a map and a curious stone which glows. As the pair are bedazzled by the BBC special effects, the mysterious Quince suddenly appears and informs the young duo that the map is for a nearby tin mine. Quince promises to guide Stephen and Laura through the mine in return for the glowing stone. Wasting no time, they set off into the mine and come across a brick wall which appears to have been built recently. It's blocking their path and then...

THE INTERACTIVE BIT COMES IN!

Yes, you, the viewer can/could then ring up and determine how the storyline unfolds. And who narrates the whole affair? Oh it's the current Doctor Who - no not Peter Capaldi (It's 1988, remember?) - Sylvester McCoy! 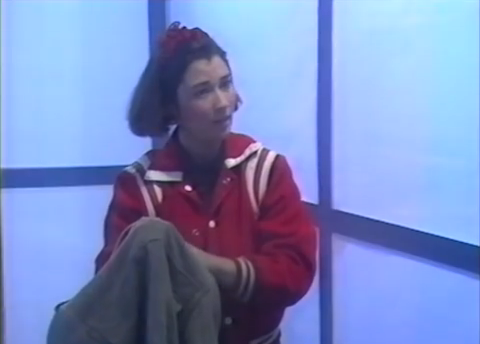 What's Your Story first aired in 1988 as a series of daily episodes between Monday to Friday over two weeks. A second series followed in 1990, but was reduced to just one week. Episodes were recorded in Studio A at Pebble Mill, Birmingham and directed by Richard Simkins. Piecing all the submitted ideas together was writer Peter Corey. 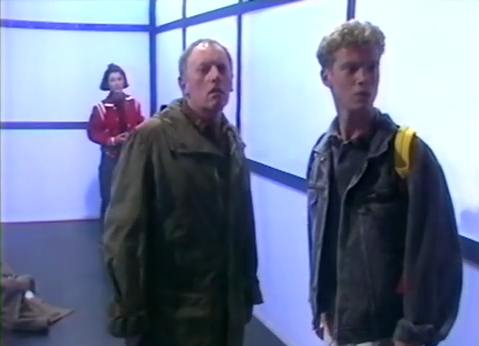 Being a daily, live show, it's inevitable that production was rather manic. Sylvester remarked, at the time, that Peter Corey had to work frantically through the night to produce a new script for the morning. New sets then had to be built, lines learnt and the whole thing recorded by 4pm. Sylvester later recalled a hectic atmosphere in the studio and remembered part of the set catching fire whilst he was addressing the camera.

The 'phone in' feature of the show was highly successful with 500,000 calls in the first week. The volume of calls was so great that, at one point, BT couldn't cope and the line collapsed. The second week of the first series changed the format slightly, in that four ideas were chosen from the viewers and then these were voted on by the public.

Being 6 years old and crazy about Doctor Who, it's no surprise that we eagerly watched What's Your Story way back when. Our vast memory banks don't appear to have dedicated much time to consolidating memories about the show, but some traces still linger. Firstly, we remember being rather excited that we could shape the story. Unfortunately, we were barely capable of using a phone at that age, so we never rang in. Secondly, we remember Sylvester getting rather annoyed by the number of Doctor Who related storylines being submitted. It was time to investigate and, luckily, YouTube yielded several long sections of the show. 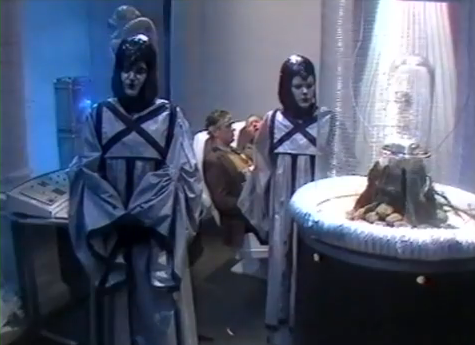 There's a mysterious, sci-fi feel to the show which brought back some strong memories. It's difficult to avoid Dr Who comparisons, but it calls to mind a similar atmosphere to McCoy's tenure as the Doctor. It's slightly less adult given the timeslot, but little things like the incidental music bare an uncanny resemblance. The plot mixes in elements of danger, adventure and suspense which make for a rather chilling and terrifying tale at times. It's certainly a very different beast to Byker Grove and Grange Hill. Even if you ignore the phone in gimmick, What's Your Story feels like an innovative show for children.

The BBC weren't exactly treating Doctor Who in the schedules very well, so it's nice to see that, at least, they were investing some faith in Sylvester McCoy. He's an eccentric fellow with a clownish nature, so kids are always going to love him. The established actors give decent performances which chime with the times, but Lisa Rose is all stiff and wooden, much like a pair of stilts, if you will.

The sets are rather disappointing, but we'll forgive the crew due to them working against a very limited timeframe. One thing that particularly irked with the show is how they break back to the studio for Sylvester to tell us exactly what we've just watched. It gives a jarring feel and highlights that the amount of material they could record was lacking. 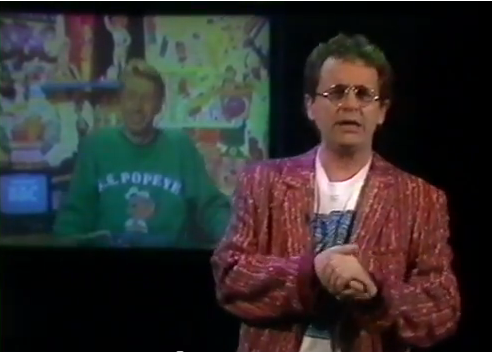 We can't give a full, in-depth comment on the series as less than 30 minutes are up on YouTube and nothing of the second series is available. From what we've seen - and vaguely remember - it's an exciting children's show which was rather unique in utilising the viewer's imagination. We suspect that Peter Corey had a framework for the story in place and merely used suggestions that fitted this, but it doesn't detract from its appeal. We'd like to view more and will certainly be hunting down more information on the show.
Posted by Telly Viewer at 2/06/2014
Email ThisBlogThis!Share to TwitterShare to FacebookShare to Pinterest