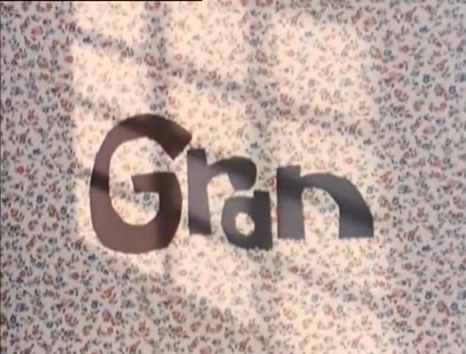 Everyone has either had or has a Gran. Some people, particularly greedy people, even help themselves to two Grans. It's excessive behaviour, but you can see why.

Acting as beacons of warmth, cakes and useful for a £10 note on your birthday, they quickly establish themselves into the fabric of our younger years. Sometimes they're only fleetingly present in our lives, but the memories project far into our futures. Let us celebrate Grans the world over with a quick look at Gran. 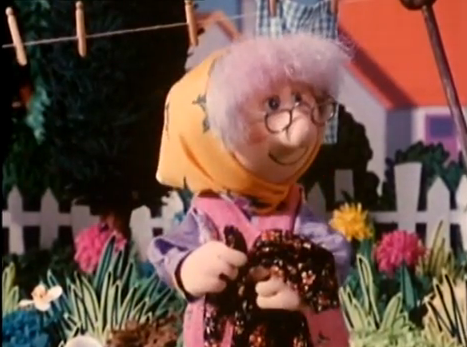 Gran (Patricia Hayes) is an elderly lady (obviously) living in an idyllic 1930s home complete with 70s wallpaper and art deco stained glass windows. Whilst she's not busy considering bringing her home fully into the 1980s, she's being visited by her grandson, Jim (Patricia Hayes).

Despite being of pensionable age, Gran is eager to live life like a youngster, often surpassing Jim's attempts at 'hedonism'. Judging by Gran's accent, they live near to the south coast - perhaps Dorset - so their brand of hedonism isn't exactly Ibiza hijinks.

No, they prefer digging up dinosaur bones, knitting and even hang gliding. Episodes see the pair interchangeably delivering the following catchphrase: "Haven't I got the most surprising gran/grandson?". 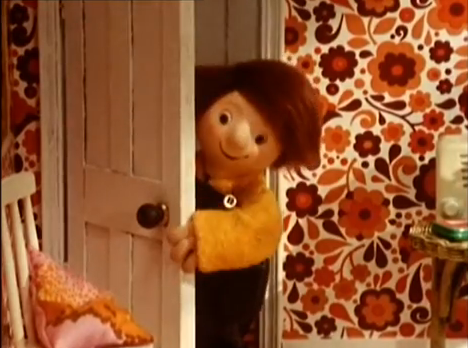 First shuffling onto our screens in 1983, Gran consisted of 13x 5 minute episodes transmitted on BBC1 under the SeeSaw banner.

Created by legend of children's television Michael Cole and his wife Joanne Cole, the series was brought to life by the inimitable stop motion of Ivor Wood. The series saw repeat airings in 1986 and 1982. Curiously, Gran was exported to the USA, being shown as part of Eureeka's Castle at some point between 1989 - 95.

A UK VHS release of 12 episodes was released by Castle Vision in the late 90s, whilst 2005 saw a UK DVD release for the entire series. This DVD is fairly hard to get hold of these days, but we have seen some Australian copies popping up on Ebay. 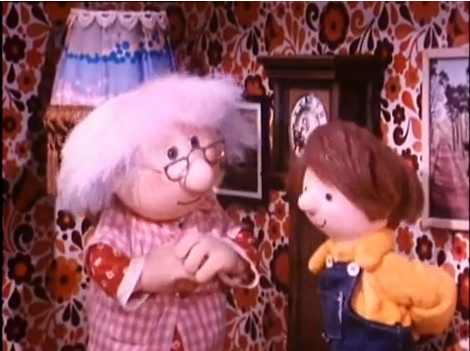 The team behind Gran were very lucky that it was repeated in 1986 as it meant it was served up to Curious British Telly. It's yet another one of those SeeSaw shows which, for us, recall simpler times.

We hadn't quite got round to purchasing a VCR at this point, so that brief lunchtime period was when television was purely for us, where we could escape the dreary news and Cagney and Lacey.

Our memories of Gran were fond, but rather hazy. We recalled the Postman Pat style characters and that Gran was often wearing a headscarf. Apart from that we were drawing blanks. YouTube, yet again, provided answers as all the episodes are available there.

The first thing to grab your attention is the theme tune. Packed full of delicious funk licks and a sprightly bassline, the music reflects the young hearted nature of Gran. The vocals, provided by Duncan Cargill, aren't quite so funky, more Belle and Sebastian, but sum up Jim's love for his Gran and feel like one big hug.

The whole thing was composed by Bryan Daly who was, of course, the genius behind the Postman Pat theme tune. This composition doesn't quite match Postman Pat for hummability, but it's a cracker nonetheless. 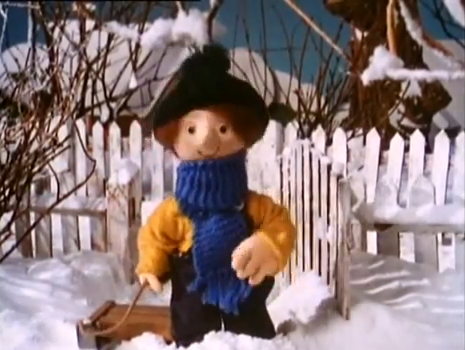 Gran's adventures mix up the fantastic with the mundane to good effect. Although more typical of a Grandad, a quick kickabout with a football in the garden leads, inexplicably, to Gran playing in goal for the local football team.

Displeasure with the current TV output sees Gran, somehow, getting her own show commissioned and broadcast within a few hours. One episode even sees the hard hitting subject of pensioner heating issues being tackled - Gran resorts to knitting an enormous scarf round the house to keep warm.

The overriding theme of the show is the fun that comes with a lack of responsibility. Long since retired, Gran can get up to whatever she wants and Jim is but a young child. Their exploits are charming little slices of idyllic life and just perfect for capturing a child's imagination.

One thing that really puzzled us is the whereabouts of Granddad. Did he die in the war? Was he a briefly encountered American GI who promised nylon tights? Did he run away with Mrs Goggins and set up a new life in Greendale?! There are no photos of him present in Gran's house and she sleeps in a single bed.

Perhaps we're looking too hard at an innocent children's show, but some questions just have to be asked. 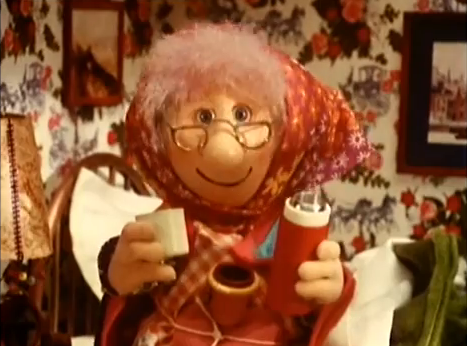 Gran is a wonderful piece of work from the Cole stable. Coupled with Ivor Wood's canny knack of creating a magical pastoral world, it's a real winner.

We're surprised it wasn't repeated more often throughout the 80s as it's ticks pretty much every box for essential children's viewing.

On a personal level, we were delighted that 25 year old memories were unlocked whilst watching the hang gliding and dinosaur episodes. Despite the daily barrage of new information we were getting at the time, space was allocated to Gran and it resided there, untouched for decades, waiting to be revisited.

Not one to miss! 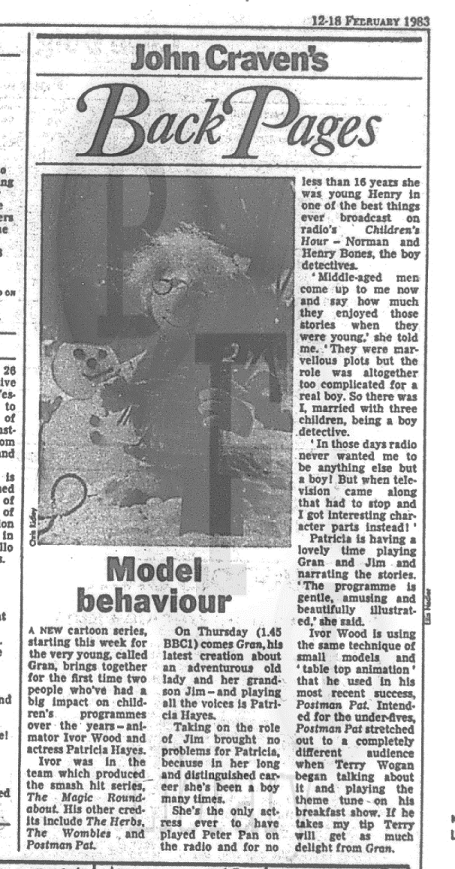 Radio Times, 12 - 18 February 1983
Posted by Telly Viewer at 1/18/2014
Email ThisBlogThis!Share to TwitterShare to FacebookShare to Pinterest