A Sharp Intake of Breath 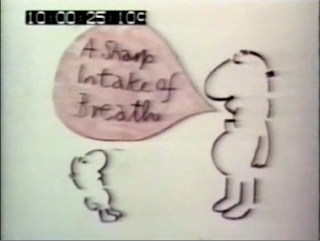 There's a lot of form filling involved in most tasks these days and, perhaps, that's why David Jason isn't keen on sanctioning the release of his lesser known works. In fact, ask him if he wants to let loose the wonders of Lucky Feller or The Secret Life of Edgar Briggs and it's quite likely that he'll draw a sharp intake of breath. We are, of course, with the subtlety of a drunk elephant, alluding to the fact that this edition of Curious British Telly will be taking a look at A Sharp Intake of Breath. 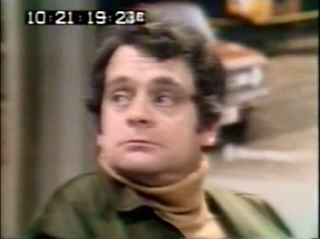 Peter Barnes (David Jason) and his dear wife Sheila (Jacqueline Wilson) appear to live the idyllic 70s sitcom lifestyle. Mini Cooper? Check! No children? Check! Pastel coloured kitchen? Check! However, this innocent world is nothing but a sweetener for the red tape hell that poor Peter must endure at every turn. Standing in his way of an easy life are Alan Armstrong and Richard Wilson who play different characters in each episode. The titular 'sharp intake of breath' refers to audible response that Armstrong and Wilson give to Peter Barnes' simple requests.

A Sharp Intake of Breath ran for 22 episodes (including the pilot episode) over the course of four series between 1979 - 81. The show was created by Ronnie Taylor who also wrote the first three series, the final series being written by Vince Powell. Curiously, the third series only ran for three episodes and it's shortened length was down to the untimely passing of Ronnie in 1980. Part of ATV's programming for ITV, episodes aired at 8pm and the opening credits featured cartoons drawn by Mel Cartman. A repeat of series 2 followed several months after series 3 first aired and series 3 was repeated several months after the final series. Since then, no repeats have aired and there have been no commercial releases. 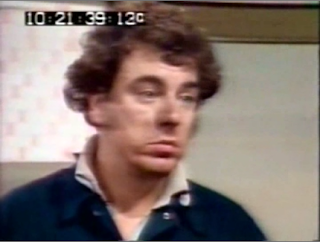 As discussed in our feature on Lucky Feller, David Jason is not a fan of everything in his back catalogue. A Sharp Intake of Breath falls into the unfavoured category and he has never given a release the green light. In a News of the World interview around 1980, David Jason claimed "I love old Barnsey. He's such an idiot/", so quite what changed is up for discussion. 12 episodes are available if you're willing to search the internet, although we must point out that some websites charge a lot more than others. The six episodes that we have seen are sub-VHS quality, but watchable enough.

The few episodes of Lucky Feller that we had seen were of a decent quality and left us scratching our heads as to why David Jason wasn't keen on it. A Sharp Intake of Breath ran for four series, so we thought it was worth dusting down and giving a damn good viewing. 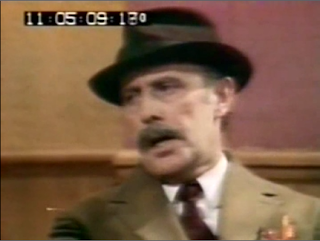 Head and shoulders above anything, the acting is a real highlight. Alun Armstrong and Richard Wilson both play their varying roles with a zeal that actually dwarfs David Jason's performance. The only poor performance we saw by Wilson is in the episode 'The Gas Man Cometh' where he fails to adopt an authentic Cockney accent. It's been rumoured that David Jason isn't keen with his 'raw' performance in these early roles, but he's not too bad here, although his well spoken accent does keep slipping into Del Boy. The one weak performance is by Jacqueline Clarke, but to be fair, she is lumbered with a lifeless 70s sitcom wife role.

The episodes we have viewed didn't exactly blow us away. The opening episode, 'Your Life in Their Hands', for example is as bare in plot as it is in laughs. Slightly better, if you're willing to suspend your disbelief,  is the episode 'See You in Court' which, although formulaic, does have a nice payoff. Most episodes, however, passed us by and we never felt that bureaucracy was really being lampooned. The laughter rate was very low too. It's difficult to believe that the same decade which brought us Fawlty Towers (still a gut busting laugh fest) could also bring something as limpid as this. Mind you, the 00s and 10s saw the genius of Peep Show running alongside fare such as The Life of Riley, so things haven't changed that much.

The show ran for four series, though, so the viewing public of the time obviously liked it. Despite this, there's little discussion about A Sharp Intake of Breath online, so maybe wasn't a show that people took to their hearts. We would be interested in viewing episodes from later series as it's rumoured the quality improved, but it isn't something we'll be rushing out to locate. Sadly, we're with David Jason on this one: it's no Lucky Feller.
Posted by Telly Viewer at 7/17/2013
Email ThisBlogThis!Share to TwitterShare to FacebookShare to Pinterest