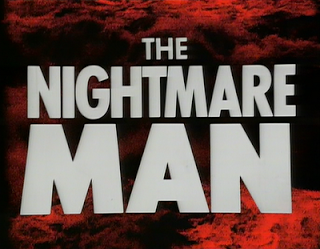 The latest show that Curious British Telly will be cocking its eye towards is the BBC's 1981 production of The Nightmare Man. Based upon the 1978 novel Child of the Vodyanoi by David Wiltshire, the TV version was adapted by the mercurial Robert Holmes of Dr Who fame and directed by Douglas Camfield. The serial was set over four episodes and broadcast between 01/05/1981 - 22/05/1981 at 8.20pm on BBC1.

The Nightmare Man takes place upon the remote Scottish island of Inverdee where the body count is rising as a rasping psychopath stalks the peaceful, grassy knolls. Lines of communication are jammed as an enveloping fog descends upon the isle and the likelihood of outside help begins to diminish. Heading the investigating force is Inspector Inskip who - through mouthfuls of whiskey and cigarettes - concedes that the murders are more brutal that anything he ever saw in Glasgow. Aiding the police force is Michael Gaffikin, an English dentist who is trying to win the heart of local chemist, Fiona Patterson. Ever present in the background, is the holidaying Colonel Howard who is overly keen to enquire and offer help. 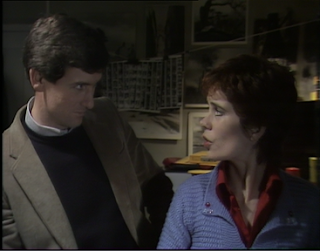 Robert Holmes is revered amongst Doctor Who fans for his charmingly idiosyncratic scripts during the classic era of the program. One of his early creations - the Autons - were even chosen to kickstart the new era of Who in 2005, an impressive 35 years after their first appearance. If anyone is unfamiliar with Holmes' aptitude with a script then just check out Genesis of the Daleks - featuring the infamous "Do I have the right?" speech. Therefore, BBC producer Ron Craddock had little doubt that The Nightmare Man would be in safe hands when approaching Holmes. There are little similarities between this show and Holmes' Doctor Who - the lighthearted charm of Doctor Who is replaced by a much more mature and serious tone. The only similarities are the perilous cliffhangers and the occasional workings of a double act between Inspector Inskip and Sergeant Carch. 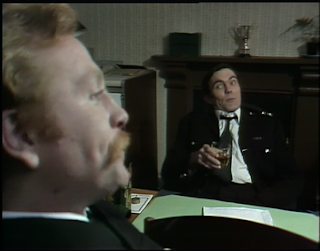 In the best tradition of suspense, the killer in The Nightmare Man remains mostly hidden until the last episode. Up until then, the viewer is only thrown a handful of brief and inconspicuous glimpses of the killer - giving little clues to who or what is terrorising the islanders. It's a decent enough trick, but the eventual reveal in episode 4 is a little disappointing and one suspects the show - as with most sci fi of the time - was not given the largest of budgets. The acting is passable and no worse than other similar shows of the era, but the only performance that I felt stood out was the calm, but determined Inspector Inskip portrayed by Maurice Roëves - later reunited with Robert Holmes in the Doctor Who serial Caves of Androzani. 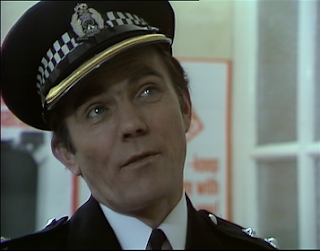 The first episode attracted an audience of 7.4 million viewers and then averaged 6 million views for the following episodes. In the days where there were just four channels on offer, these were not the types of ratings considered huge , but respectable nonetheless. The public reaction appeared to be positive with a number of comments making the national press and the show was later sold to several foreign climes. Despite this, the show would never be repeated again on British TV. The show became commercially available for the first time in 2005 with the DVD release. It comes with an accompanying booklet which details somewhat exhaustive production details for any sycophants. 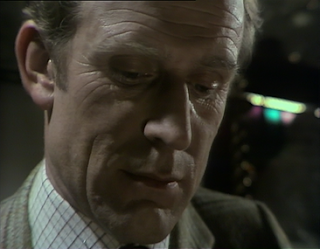 Posted by Telly Viewer at 11/09/2012
Email ThisBlogThis!Share to TwitterShare to FacebookShare to Pinterest