Sure, there's plenty of well known names in the British TV industry who've been recognised with award after award, but are these the only deserving people in the industry?! Definitely not, for our fair isles have produced some indisputably transcendental talents who have lit up our screens in all manner of roles be they cast or crew.

But, until now, we don't feel as though they've always got the plaudits their talents demand. That's all about to change, though, as we refuse to allow this tragedy to continue a second longer.

So, here's our 5 unsung heroes of British TV.

Longevity is a magnificent indicator of talent and Marilyn Fox didn't half have spades of durability under her belt. Starting way back in that cosmic era now referred to as the 1960s, Marilyn announced her entry into the capricious world of British television with a researcher's role on some little known show called Jackanory.

Marilyn, of course, wanted to get a bit more hands on with the production side of things, so concentrated on entering the choppy waters of being a producer. And it was here that she really found her niche.

Over the course of nearly 30 years she racked up more credits for classic kids tv shows that you can shake a particularly shaky stick at. There's Jackanory, Seaview, Running Scared, The Lion, The Witch and The Wardrobe and Earthfasts to name but a handful of gems from her distinguished roll call.

And all of the shows Marilyn worked on had one thing in common. They all wrestled your attention to the floor and didn't let it up until the credits were rolling. Even then they seeped deep into your subconscious and tinkered with the delicate mechanisms of your brain to keep you on tenterhooks for the next episode. 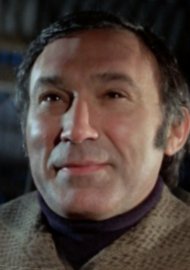 Lee Montague, he's a bit of a lad, ain't he? Born in the very heart of London's most cockney district, Bow, Montague wasn't exactly destined for the world of acting, but thanks to an encouraging drama teacher he seized the potential of his raw talent and was soon in the original film version of Moulin Rouge.

His menacing good looks and confident delivery of a line - all infused with a dash of cockney charm - contributed to Montague setting up shop in the world of stage and screen. And, blimey, he only ended up being the first ever narrator on Jackanory!

Being a character actor, Montague rarely landed leading roles, so, as a result, his vast CV is peppered with endless little gems. People may not remember his name, but show them a picture of his face and they can instantly reel off a long list of shows he popped up in.

Montague's most recognised performances are probably from the two shows where he landed those elusive recurring roles: Feet First and Seconds Out, both sports sitcoms and both fantastic examples of his mercurial abilities at wringing a laugh from a script.

And guess what? Even at 87 he's still adding to his CV. Will this man's fiery passion for acting ever dim? 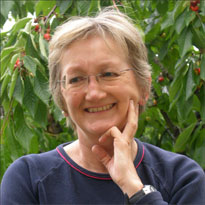 If there's one thing that wraps Curious British Telly up into a trance like state when digesting retro British tv then it's an amazing soundtrack. And, by jove, Ilona Sekacz has got us all spellbound on many an occasion!

Starting her career composing music for the theatre, Sekacz moved into scoring television programmes during the 1980s. And it was in Fox Tales that we first encountered her delicate and sublime ways with an orchestra to transport us to a different world. A few years later and she was tickling our amygdala with sumptuous yet haunting soundtracks for dramas such as Earthfasts and Elidor.

Sekacz's knack for relentlessly creating uniquely textured soundscapes to help guide the viewer's attention is second to none. Orchestras gradually unfold around your ears and individual instruments tug at your emotions and connect you with the show at an almost supernatural level. She was, without a shadow of a doubt, a complete and utter asset for any production she was involved with.

If we could have one person to soundtrack the story of our life then it would have to be Ilona.

Oh, Christopher Pilkington, you're another one of them sorts who've had an illustrious career in British TV, but never succumbed to the allure of tabloid scandals to boost your profile. You're a dignified so and so, ain't ya?!

Pilkington started his career the right way by teaming up with Tony Hart on his wildly popular 1980s series Take Hart. There were a few fleeting directorial roles throughout his career, but it was as a producer and executive producer of children's TV that he really made his name.

Throughout the 1980s, Pilkington was like a man possessed and barely stopped to take breath. This admirable passion for results meant that his name is stamped across many a curious show from the 1980s e.g. Sebastian the Incredible Drawing Dog, What's your Story, You Should Be So Lucky and Ratman.

The 90s, for Pilkington, were almost as jam packed and he again strived to create unique content and keep productions in check. Particularly peculiar shows he worked on during this era included the early Russell Brand show Mud, the gunge fest known as Get your Own Back and the Micky Hutton fronted variety show (of types) Hangar 17.

Pilkington is currently acting as a consultant and content creator at CMP Productions, so there's still hope for more curious TV shows to spring from his eternally mysterious talent. 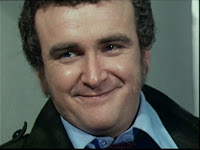 Tony Selby, you bleeding man! We bleeding love ya, so we do!

Yes, it was at the delicate age of 4 we were first introduced to the myriad of delights which manifest themselves as Tony Selby. He was playing Sabalom Glitz in Doctor Who and had the enviable task of working from a Robert Holmes script. This immediately gave him a great springboard, but his acting was just as high a calibre.

So loved, was he, as Glitz, that they even brought him back for another standalone story in Dragonfire, which Classic Who didn't do all that often.

But aside from Doctor Who what else did that crafty cockney get up to? Well, a fine character actor with a nifty line in everyman appeal meant he popped up all over the shop. Staring off in the 1960s he achieved several roles in The Wednesday Play to demonstrate his acting chops and also bagged a part in seminal show The Avengers.

Throughout the 1970s and 80s he established himself firmly on British TV screens and soon began to pick up recurring roles such as Sam Maxstead in Ace of Wands and Norman Lugg in Jack of Diamonds. The 1990s saw him fulfilling his comic potential with significant roles in Mulberry, Love Hurts and The Detectives.

Capable of instantly transforming a world weary sigh into a charming glint of the eye, Tony Selby remains a much loved actor.

Who are your unsung heroes of British TV? Answers on a postcard to the usual address or, if you insist on that interactive internet behaviour, leave an insightful comment below! Cheers!
Posted by Telly Viewer at 8/31/2015
Email ThisBlogThis!Share to TwitterShare to FacebookShare to Pinterest